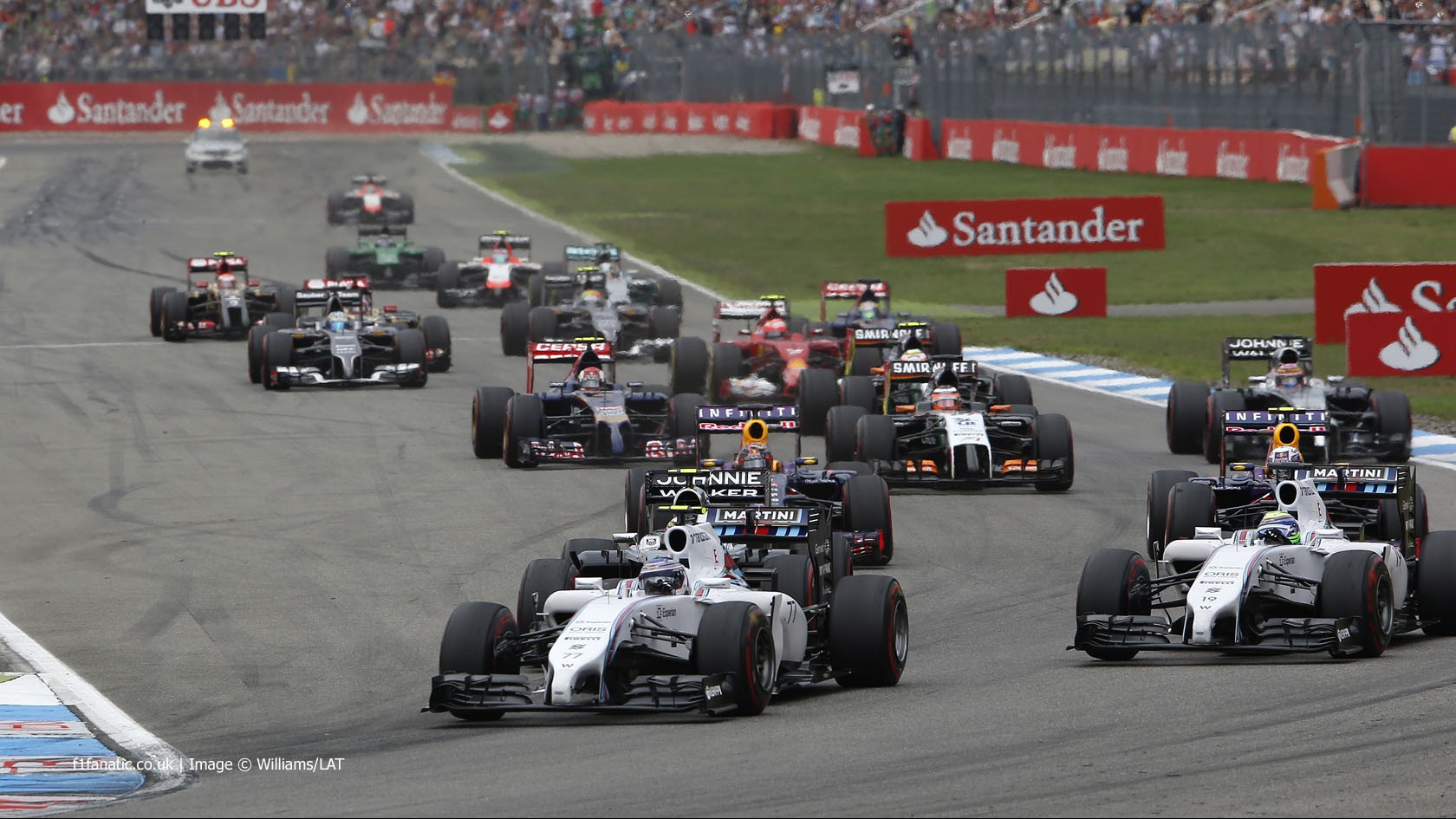 Felipe Massa, who rolled after contact with the McLaren, blamed the rookie for the collision and described it as being indicative of a poor standard of driving among younger F1 racers.

However the stewards handed down no punishment for the crash and during a phone-in media interview Boullier pointed out “the stewards report related to Felipe’s driving and nothing else”.

“There was a driving conduct investigation and they decided to impose no penalty on Felipe, which is their prerogative,” he said. “But the report makes it clear that Kevin was one hundred percent blameless.”

Magnussen equalled his highest qualifying position of the year with fourth at the Hockenheimring. Boullier endorsed his driver’s progress, saying “he has respected all the tests we needed him to do and he is starting to clearly deliver in terms of his performance and in terms of results”.

44 comments on “Report shows Magnussen was “blameless” for crash”