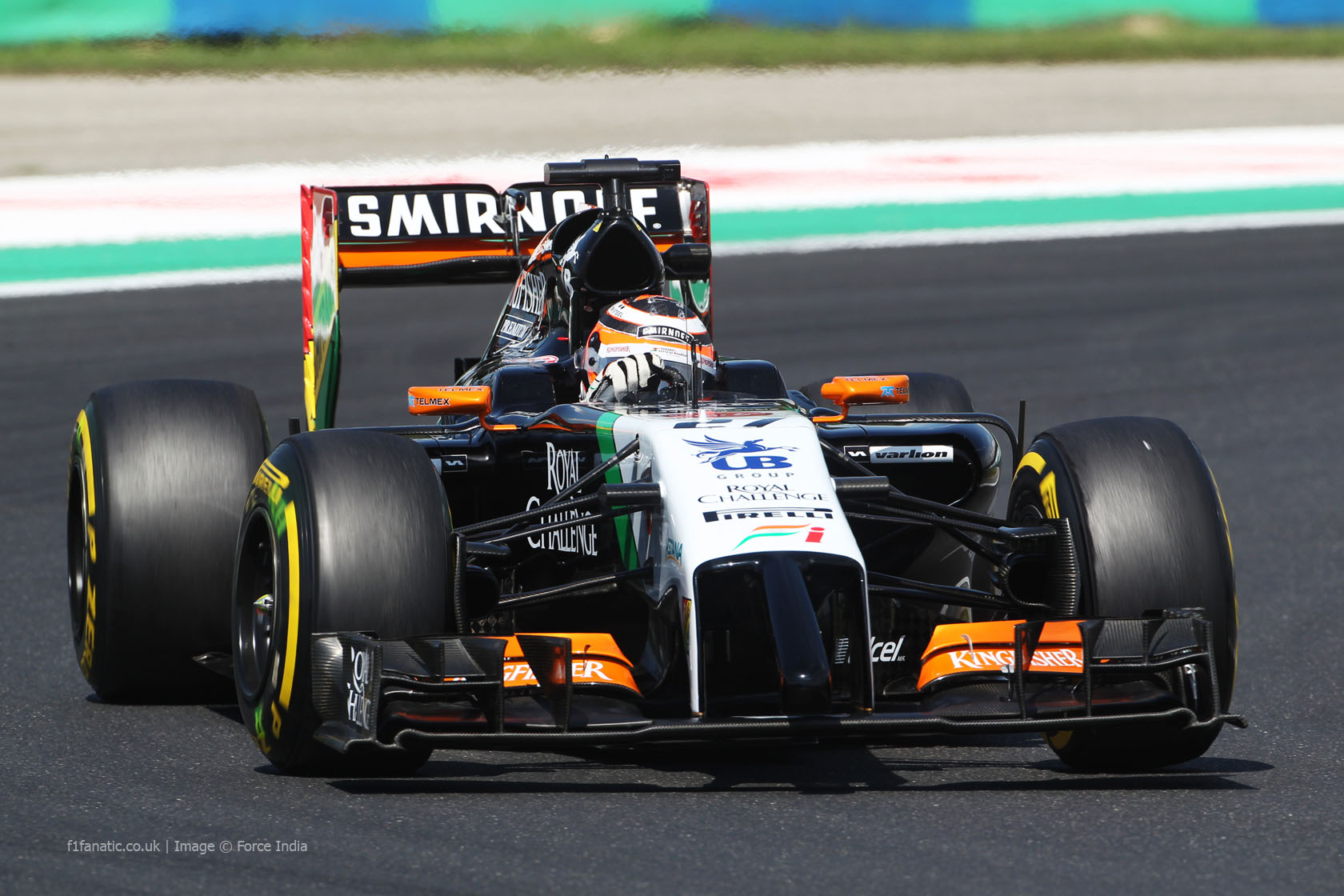 Nico Hulkenberg apologised to Force India after colliding with his team mate during the Hungarian Grand Prix and retiring from the race.

Hulkenberg hit the rear of Sergio Perez’s car at the final corner and spun into retirement. “It was not the best day in the office,” he said, “and I’m feeling very disappointed.”

“The track was drying out and I was quite close behind Checo when I made contact with him at the final corner. The previous lap he had taken a much wider line so I tried to overtake on the inside, but he took a tighter line and I couldn’t back out of the move.

“I made contact with his car, lost my front wing and went straight on into the barrier. It was my mistake and I’ve apologised to the team.

“It’s especially frustrating because there was a lot of potential in this race, but I guess it was one of those days when things didn’t go our way.”

Perez went out in a separate incident later in the race when he lost control of his car and crashed heavily into the pit wall.

“It’s a very disappointing end to our weekend, just when it looked like we could have scored some big points,” he said.

“I went a little wide on the exit kerb of the final corner, lost the rear and that was it – I was in the wall. It was a very unfortunate end to our race and I feel sorry for the team because they deserved some points today.”