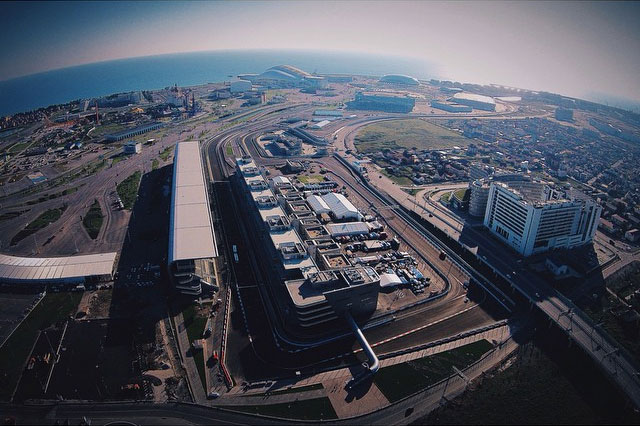 In the round-up: The Russian Touring Car Championship held the inaugural race at the Sochi Autodrom which will host the Russian Grand Prix next month.

Russia: Is Sochi Autodrom ready for F1 Grand Prix? See for yourself (RuptlyTV via YouTube)

Ferrari races off with £15m Formula One stake (The Telegraph)

“Ferrari may become the first ever team to own a stake in Formula One after receiving options in the racing series worth an estimated $25m (£15m) that were previously held by Luca di Montezemolo, Ferrari’s former chairman, who resigned last week.”

“Obviously now we are in the season it is not very easy, we know that, but I’m 100% sure we can make a good step over the winter.”

“It might help him, yes, quite possibly having those experiences. But it’s not something that I am concerned about.”

Daniel Ricciardo: I’m thrilled with my season and glad my friends and girlfriend have seen first-hand how hard I work (The Advertiser)

“It was media call after media call and then team and engineering debriefs; my friends couldn’t believe the extent of the behind the scenes work I was involved in so I thought it was really cool for them to see that.”

Yeah Buddy! You HAVE to watch this movie before going to bed tonight. Epic movie from a epic day https://t.co/COrpqEsamt #OrebroRaceday #ME9

This was one of the hardest Caption Competition to pick a winner for in quite a while – there were lots of amusing and very different suggestions.

But my favourite was the funny and topical offering from Steven Smith: “Fernando! We’ve found a way out of your contract…”

On this day in 2011 Ferrari tested their development drivers Sergio Perez and Jules Bianchi at Fiorano.

Image courtesy of the Russian Touring Car Championship via Instagram