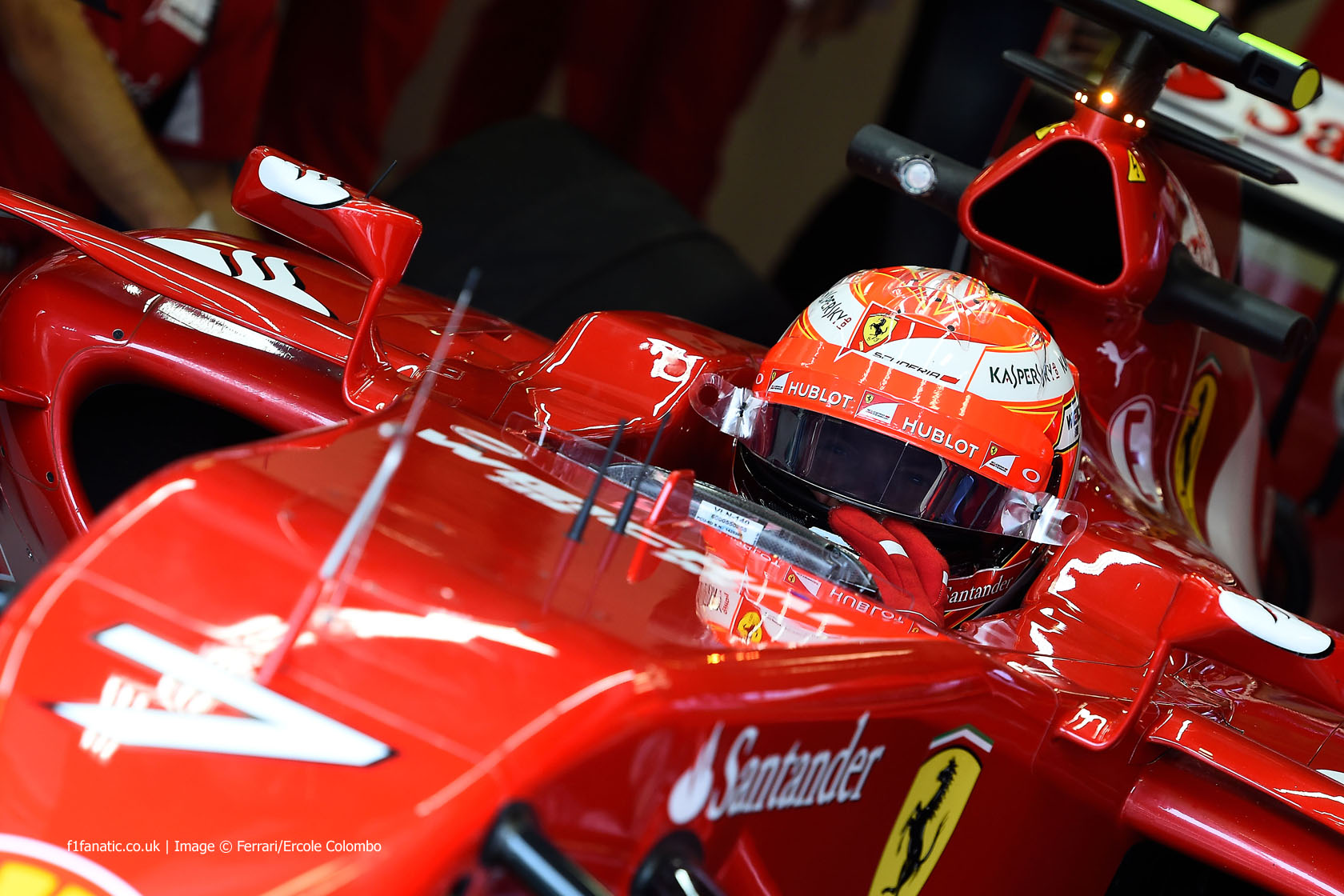 Kimi Raikkonen says the new restrictions on what teams can tell their drivers on the radio could make it more difficult to manage technical problems during races.

“Obviously we don’t speak a lot in the radio in my case,” said the Ferrari driver, “usually when there is no issues”.

“But obviously it might get quite complicated if there’s some problems with the car and they have to change certain things to try to finish the race so I don’t know how the rule goes on those times.

“It makes it more complicated for us but it’s part of the game so it’s OK.”

Sergio Perez added it had been a surprise to see the rules change so dramatically between races but expects drivers will be able to cope with it.

“I don’t think it’s ideal that suddenly from one race to another they change it dramatically that you cannot get certain calls,” he said. “But it doesn’t influence much – I don’t see it as a big deal that we as drivers need to get more used to.”

“We will have definitely more information and we’re going to be a bit more busy throughout the race to basically try to keep everything under control, fuel loads and engine modes, all that kind of stuff,” he added.

“But it’s something I don’t see a problem to get used to, it’s just a dramatic change from the last race to this one.”

Caterham’s Marcus Ericsson pointed out that those teams who use the smaller of the two available steering wheel information screens would be at a disadvantage.

“So it will be a bit more tricky but I like the idea,” he added. “I think it’s good to make us drivers a bit more in focus.”

But Jean-Eric Vergne expects it will be “more or less the same as before”.

“I like to do things by my own. Many times this year I changed the settings before my engineer told me. So I will be a bit more lonely on the radio but it should be fine.”