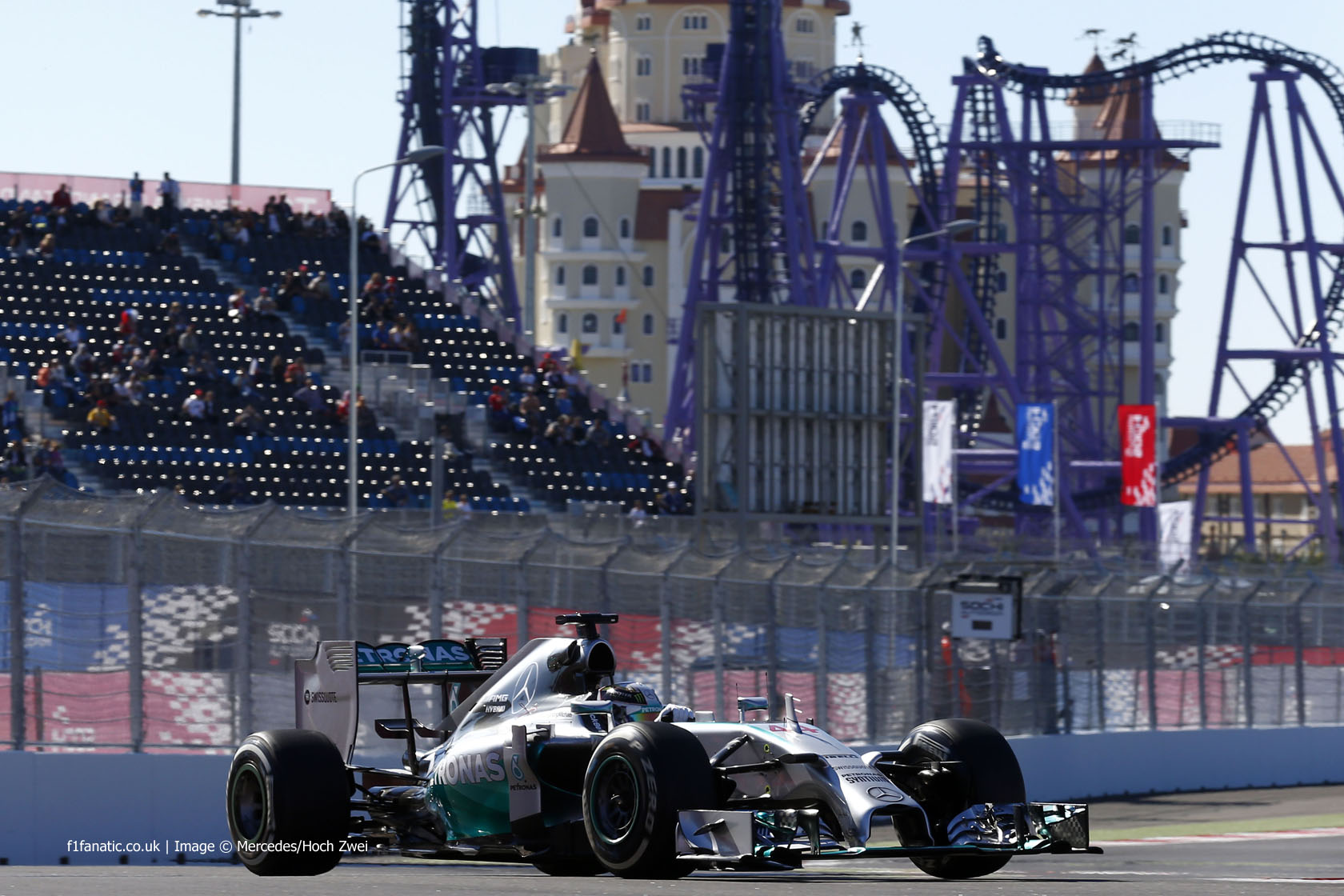 Team mate Nico Rosberg ensured the team could celebrate their title with a one-two finish, but only after recovering from a mistake. Rosberg locked his tyres at the first corner and had to pit for fresh tyres at the end of lap one.

He was able to get to the end of the race without a further pit stop on a day when tyre degradation was extremely low. Rosberg passed Valtteri Bottas for second place, and the Williams driver joined the Mercedes pair on the podium.

The McLaren drivers took fourth and fifth places ahead of Fernando Alonso, who was delayed by a shambolic Ferrari pit stop.

Sergio Perez took the final point for tenth under pressure from Felipe Massa and Nico Hulkenberg.

Having started from a best-ever fifth place, home driver Daniil Kvyat dropped out of the points places and came in 14th.

Max Chilton, driving the only Marussia, was the race’s first retirement after he reported a problem on the front-left of his car.