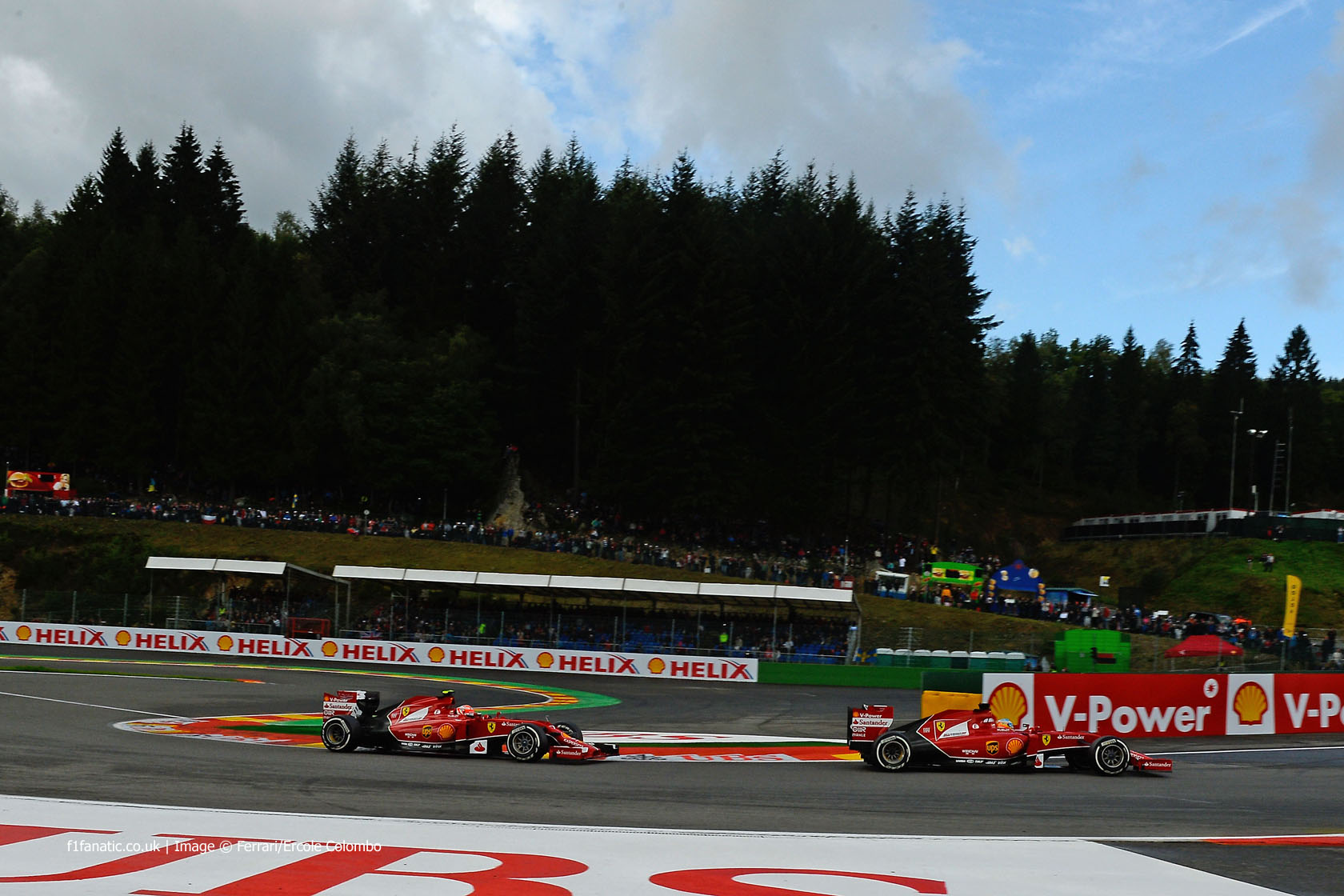 In the round-up: Kimi Raikkonen says there were a lot of reasons why he was so emphatically beaten by team mate Fernando Alonso.

“There are many reasons [for finishing so far behind Alonso],” he says with a shrug, “but the end result is always the same.”

“Ferrari was very disappointing, getting lost somewhere. Fernando [Alonso] got a little bit like Sebastian halfway through, so I’m a little disappointed in him, too.”

Formula One Can Race Less Than 16 Cars Say Lawyers (Forbes)

“All that F1’s boss Bernie Ecclestone needs to do is show he attempted to procure 16 cars, and used his reasonable endeavours to do so, and the sport will not be in breach of contract, even if there are less than 16 on the grid.”

“It’s a strange situation but sometimes in life you find yourself in these situations. You just have to deal with it.”

“Asked directly if Renault has developed a similar system for 2015, head of track operations Remi Taffin said: ‘We can do that, but I will not let you know now!'”

“I have always wanted to emulate Ayrton, so now I have the second I am going to be working really hard to get that third one.”

Video of the kart race in this picture @alo_oficial just tweeted can be found here: http://t.co/gg66oLQhn3 #F1 pic.twitter.com/7YXXc8FgQ9

@MaxVerstappen3 it is mate. 👌

Does Vergne’s Formula E move indicate where he might be racing next year?

Andretti is big IndyCar team as well. And Vergne has already said that he is interested in IndyCar.

Maybe an indication that he is part of their racing family and the fourth driver for Andretti Autosport for next season?
@Sushant008

Three significant changes for the 2014 season were announced on this day last year. However one of them, Jean Todt’s plan for a ‘global cost cap’, soon failed amid opposition from F1’s biggest teams.

The introduction of double points for the last race of the season attracted fierce criticism from fans and has already been dropped for next season.

Allowing drivers to pick and choose which number they use for their careers was more positively received and remains in the rules for next year. New world champion Lewis Hamilton has even indicated he wishes to continue using number 44 instead of the number one normally used by champions.

95 comments on “Raikkonen: “Many reasons” for gap to Alonso”