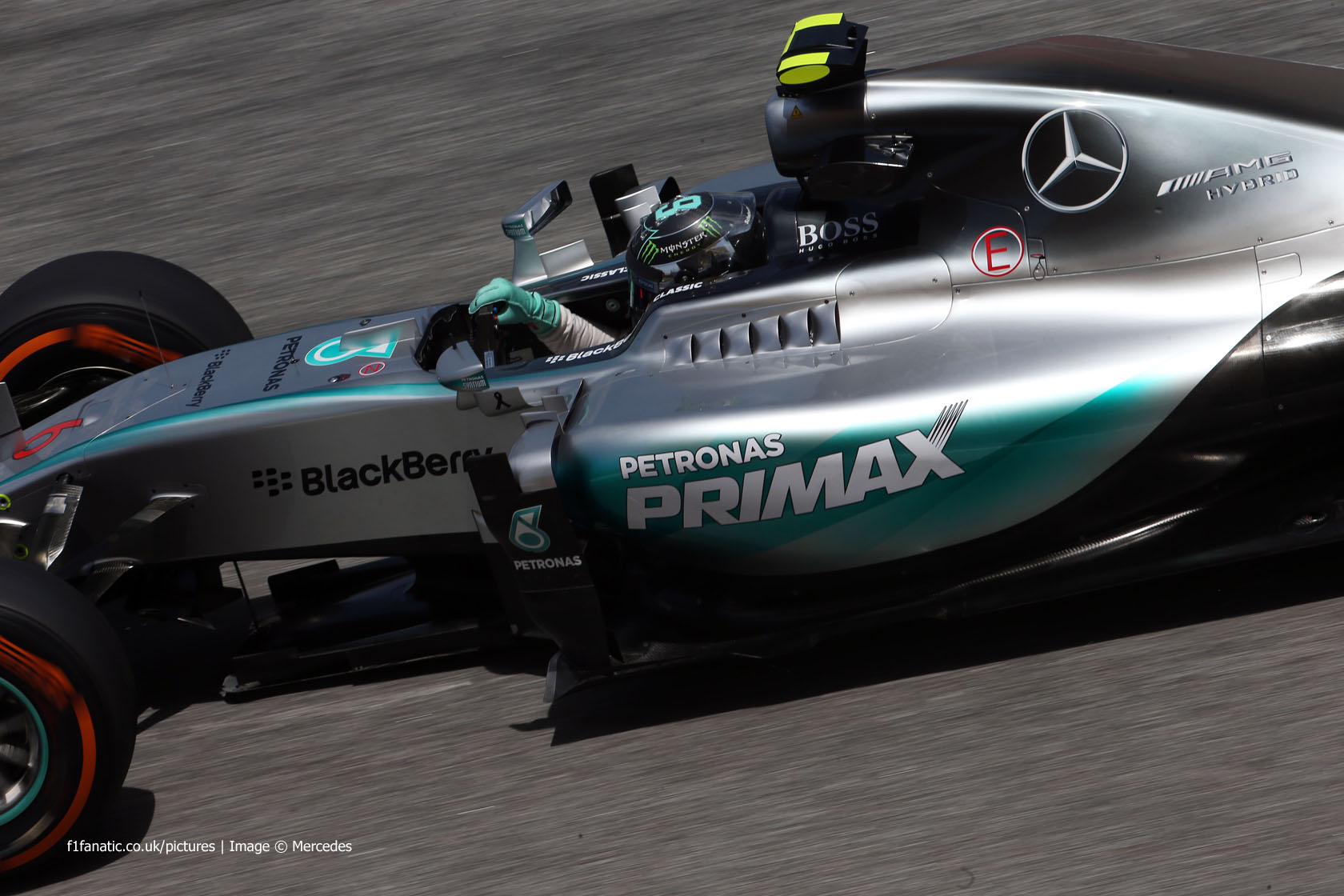 The two Mercedes drivers took up their usual places on top of the times sheets as practice ended with a half-second margin over their Ferrari rivals.

Conditions remained very hot at the Sepang International Circuit. Track temperatures exceeded 60C, and on the slippery surface Nico Rosberg’s session-topping time of 1’39.690 was only a tenth of a second faster than the best seen yesterday, and over half a second slower than the he managed in the same session last year.

Hamilton failed to improve on his best time from yesterday on his quickest run and complained about braking problems in his Mercedes.

Kimi Raikkonen was third-quickest for Ferrari despite only completing nine laps as he suffered a left-rear puncture shortly after leaving the pits. He also had a run-in with former team mate Romain Grosjean, who Raikkonen accused of turning in on him when the Ferrari went to pass the Lotus.

The second Ferrari was next, Sebastian Vettel just a couple of hundredths off Raikkonen’s pace. The Williams pair were next, Felipe Massa edging Valterri Bottas by a similar margin.

Daniel Ricciardo did his run on the softer medium compound tyres early in the session and slipped down to seventh by the end but still within a second of the Mercedes. The two Toro Rossos also made it into the top ten.

Roberto Merhi had another spin in his car, this time at turn nine, but unlike yesterday he was able to keep going. He also set a time within 107% of the fastest lap seen in the session, giving the team some encouragement ahead of qualifying, but team mate Will Stevens did not after managing just six laps.