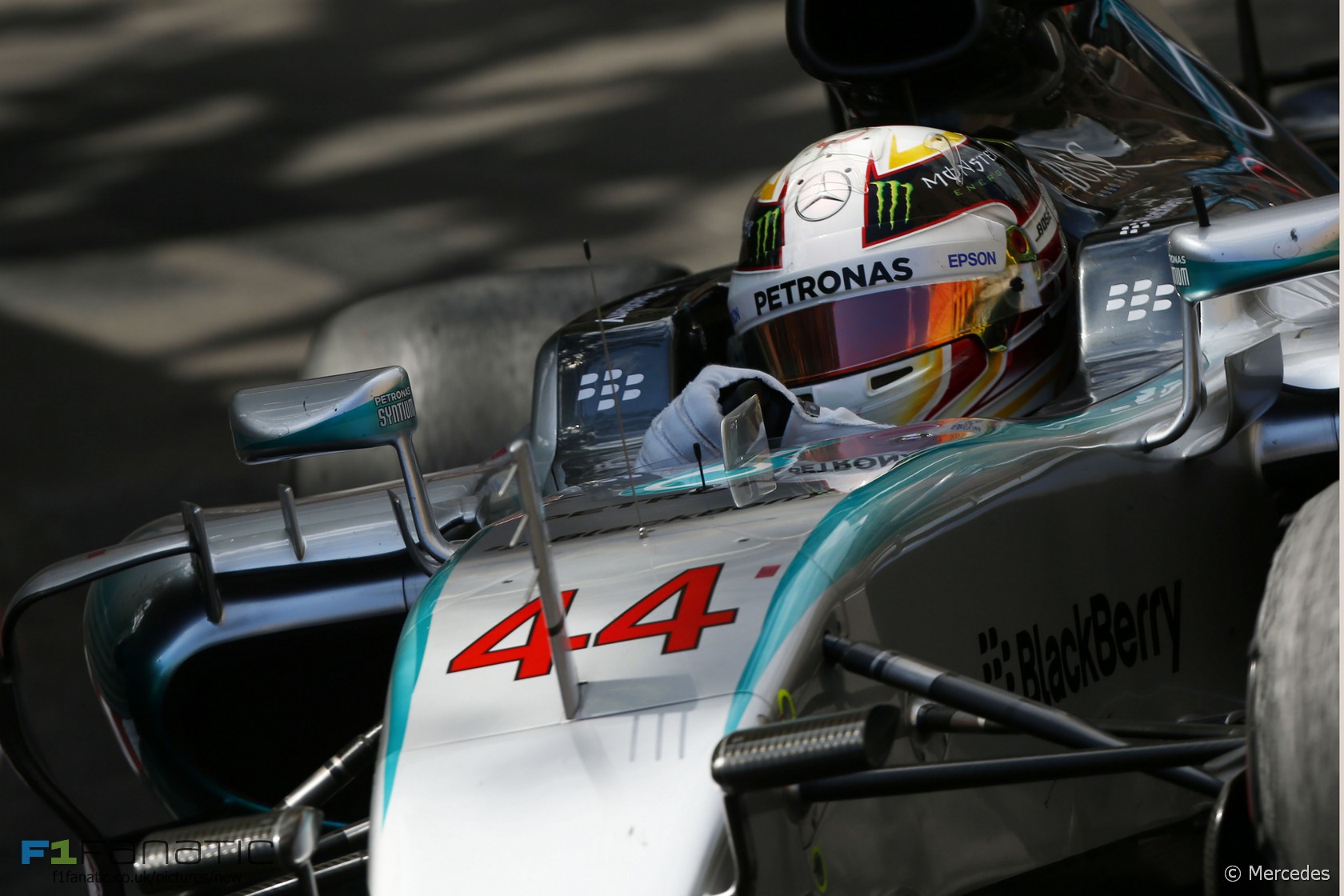 Mercedes’ decision to bring Lewis Hamilton into the pits on lap 65 of the 2015 Monaco Grand Prix will forever be remembered as the moment that lost him the race – and probably one of F1’s most disastrous pit calls.

But why did they do it? As the data from the race shows, Mercedes were not the only team to think it was a move they could and should take.

In fact, more than half the teams took the opportunity to pit one of their cars during the Safety Car period caused by the Max Verstappen-Romain Grosjean crash. In the case of Red Bull, switching Daniel Ricciardo to a softer set of tyres gave him the performance boost he needed to reclaim fifth place from Kimi Raikkonen with a forceful pass.

All of the drivers who did come in for a late pit stop had one thing in common: they had enough of a gap over the next car behind them that they could expect they wouldn’t lose a position by doing so. Ricciardo, Sergio Perez, Jenson Button, Felipe Nasr and Felipe Massa all took the opportunity to make a ‘free’ pit stop and get on fresher tyres, and all held their positions.

What’s more, several of them had smaller margins over their closest pursuers than Hamilton to begin with. Hamilton had a lead of more than 19 seconds over Nico Rosberg when he came in, yet lost the lead to Rosberg and second place to Sebastian Vettel. How did it go wrong for Mercedes?

For 30 seconds after Verstappen speared the barrier at Sainte Devote the Virtual Safety Car boards were illuminated. This was the first time they had been used in Formula One, but they were swiftly replaced by the Safety Car boards. It was this more conventional development that caught Mercedes out.

“We got our numbers wrong”, Mercedes motorsport head Toto Wolff admitted. “We thought we had the gap for Lewis to take fresh tyres and come back out in the lead behind the Safety Car, ahead of Nico and covering off any risk of another competitor taking fresh tyres. But the calculation was incorrect and he came out in third place.” The pit stop itself was not especially fast but that wasn’t where the bulk of time was lost. Hamilton’s 65th tour – his in-lap – took over two minutes and 11 seconds. For comparison that of Ricciardo, who was heading to the pits at the same time, was a shade under the two minute mark.

The difference was down to the location of the Safety Car on the track. Hamilton caught it in the second sector of his in-lap. When he pulled into the pits Rosberg and Vettel hadn’t caught it yet, and the time they gained catching the Safety Car as they looped around the Monaco pits was where they gained the time Hamilton’s strategists thought they had in hand.

This was not the first time Hamilton has been caught out pitting under the Safety Car at Monaco. Two years ago he was passed by both Red Bull drivers in a similar situation, though the circumstances on that occasion were somewhat different.

Today’s scenario was more similar to Singapore last year, where Mercedes brought Hamilton in from the lead for super-soft tyres under a Safety Car period with just eight laps to go. On that occasion he fell behind Sebastian Vettel but was easily able to pass him to win.

However in Monaco, where track position is even more critical, Mercedes surely would not have brought Hamilton in at all had they thought it was likely he would lose the lead. They expected he would be able to put on fresh tyres, strengthening his position at the front, without losing any advantage. But his ‘free’ pit stop turned out to have a high price.

Why did Mercedes do it? Clearly they thought they saw an opportunity to gain an advantage at no cost. They were also relying on input from Hamilton about the state of his tyres. Tellingly, in the press conference he revealed he had been keeping an eye on developments on the track side video walls and had formed a mistaken impression that Rosberg and Vettel had already switched to the super-soft tyres.

“The team said to stay out, I said ‘these tyres are going to drop in temperature,’ and what I was assuming was that these guys would be on [super-soft] and I was on the harder tyre.”

“So they said to pit. Without thinking I came in with full confidence that the others had done the same.”

As Mercedes being the post-mortem on this one they will surely find more than one way their strategic game needs to be sharpened up.