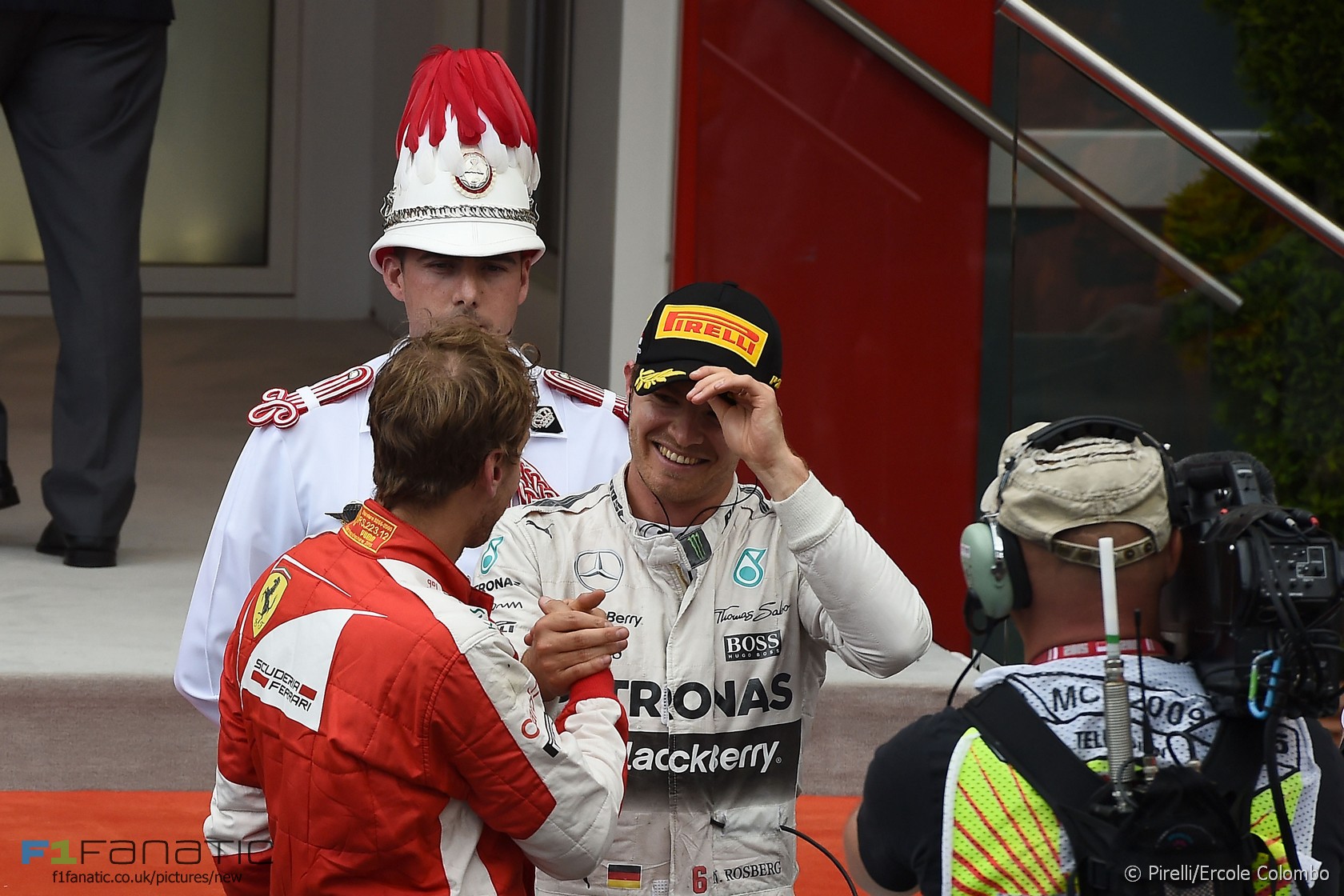 In the round-up: Bernie Ecclestone says Nico Rosberg and Sebastian Vettel do little for F1’s popularity – citing the cancellation of this year’s German Grand Prix.

"Unfortunately you (Rosberg) don’t have the German fans on your side. As the cancellation of the German Grand Prix indicates, Germany is a terrible market for Formula One. On the contrary Lewis (Hamilton) is a hero in the UK. The British love Formula One. Sebastian (Vettel) is also not doing much for F1."

"To give penalties randomly like this is strange but it is what it is."

"Changes can be made on that basis without the use of tokens, and clearly the governing body has felt the need to make the process as open as possible – and at the same has tried to ensure that it has adequate time to deal with requests for changes, which at times been very last minute, by introducing a lead time of eight days."

Brief use of VSC was correct - FIA (Autosport)

"There is a wider tension between Ecclestone and the teams over a drastic reduction in the number of passes available to bring sponsors in the paddock."

Formula One brings out the 'grid boys' (Reuters)

"A spokesman for the governing International Automobile Federation (FIA) said the decision had been taken by Michel Boeri, head of the organising Automobile Club de Monaco and of the FIA Senate."

The changing face of #F1. The grid girls have been replaced by grid boys!!!! pic.twitter.com/gh1ApWSMza

I think HAM was persuaded not to get out at Portier and go home by the team. Car + driver must be weighed in post race or face exclusion.

#F1 Lauda revealed, Hamilton complained on radio about his tyres and asked if he should pit. After some discussions he was called in. #AMuS

But seriously, if you think @MercedesAMGF1 would rig something like that, go away and leave #F1 to the grown-ups. #MonacoGP

It was clear that Grosjean had at least something to do with the 'Race incident'. No driver should be blamed. Max was the man of the race!

Until it all went wrong, was yesterday Hamilton’s strongest race as Rosberg’s team mate?

Look at the lap times of Hamilton and Rosberg: apart from the period where Hamilton was managing brakes (where he was equalling Rosberg), Hamilton was pretty much 0.2-0.3s faster almost every lap. He benefited a bit from backmarkers (probably around two to three seconds) but he was well over 20s ahead of Rosberg before the safety car.

I think this was Hamilton’s most dominant race relative to Rosberg since they became teammates. Shame about how it ended.
@Polo

Niki Lauda won the Belgian Grand Prix at Zolder 40 years ago today despite nursing a problem with his Ferrari engine.

69 comments on “Ecclestone: Vettel and Rosberg ‘not good for business’”