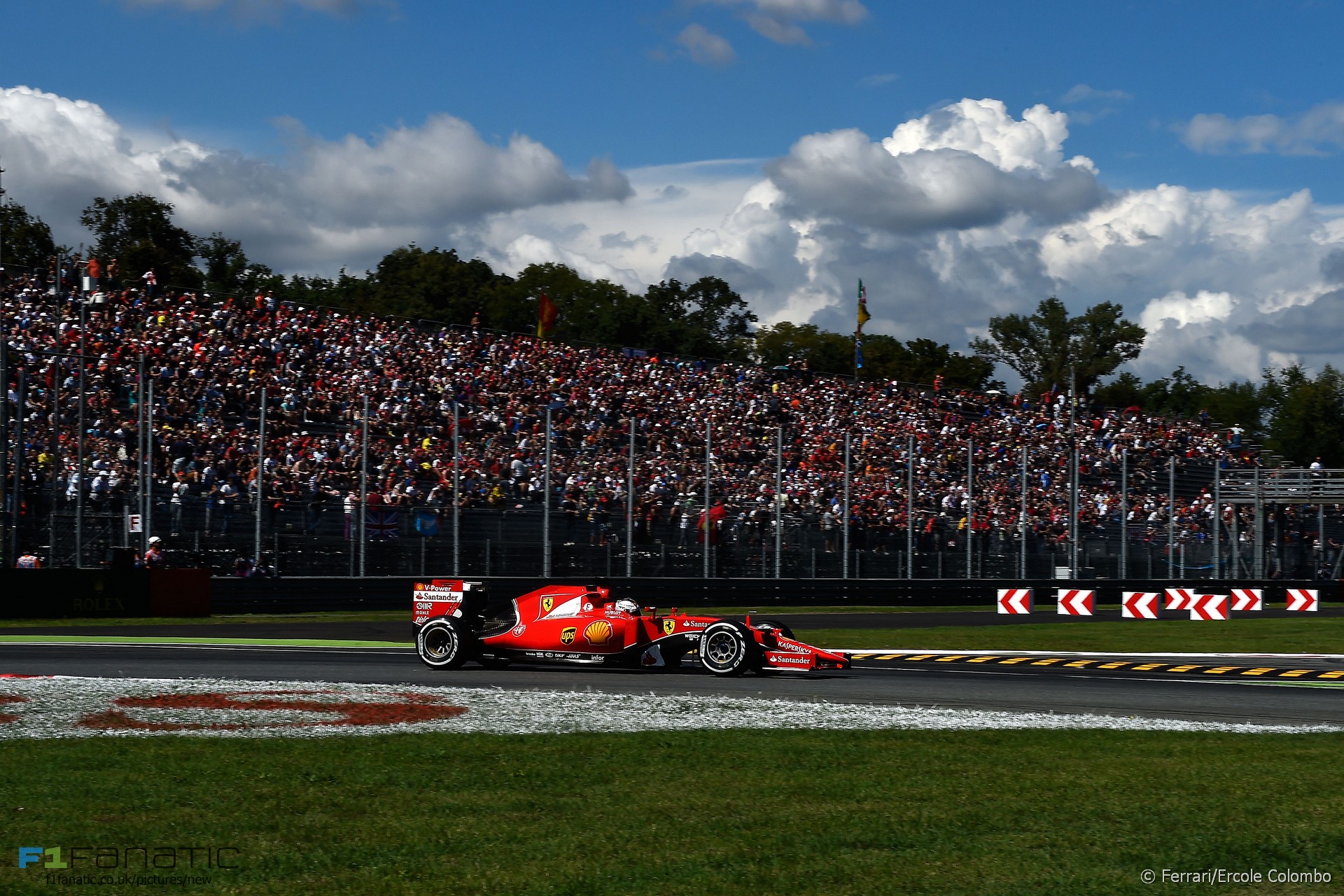 Lewis Hamilton took his seventh win of the season in Monza with Sebastian Vettel second and Felipe Massa third for Williams.