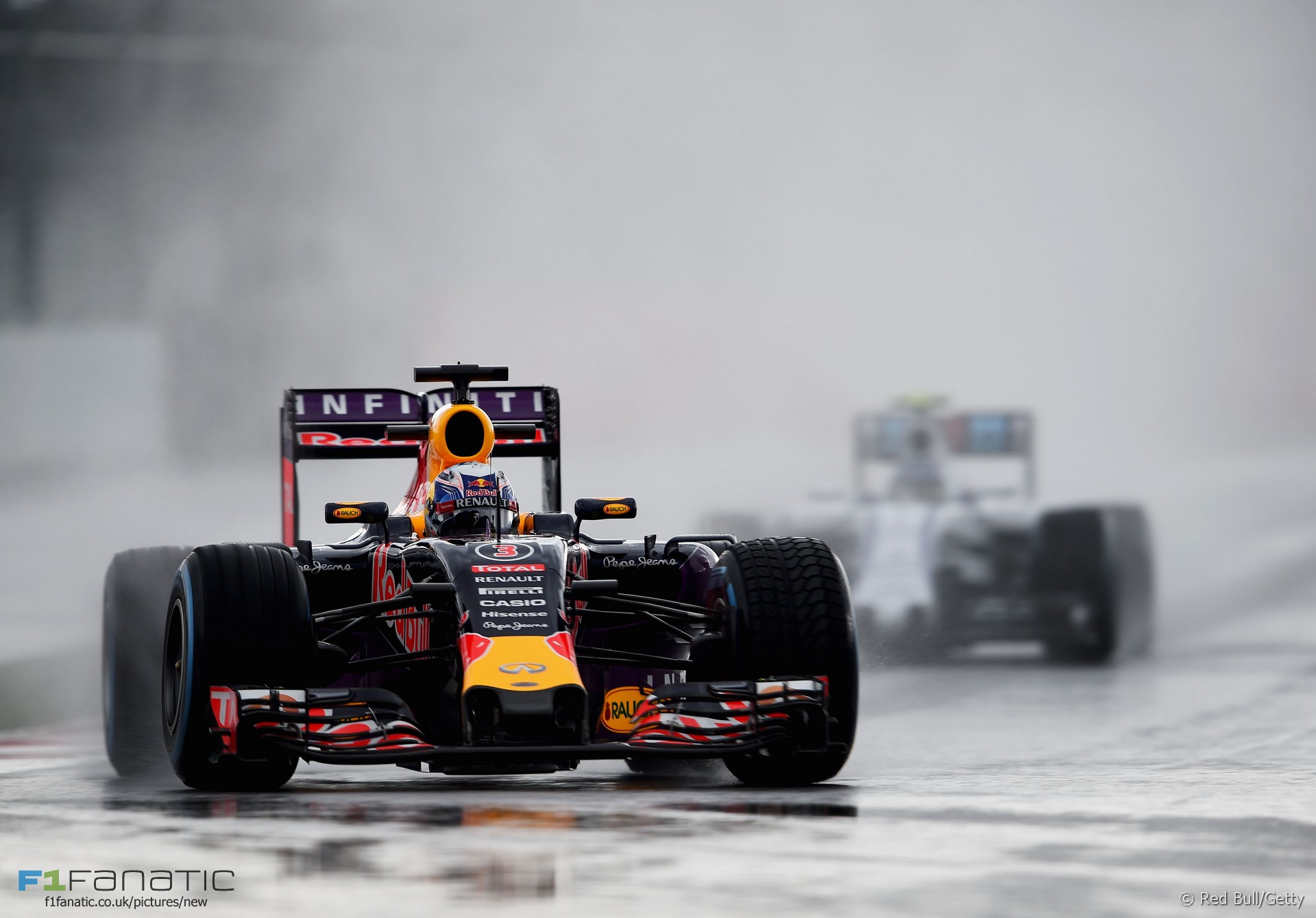 Felipe Massa set the quickest time with the final lap of the session, but the very wet track meant no one was able to lap in under two minutes. The Williams pair were two of just eight drivers who took to the track.

Other teams had concluded earlier on there was no value in running. Sauber’s Marcus Ericsson was told to park up in the garage with 25 minutes still to run. Lotus and Manor didn’t send either of their drivers out at all.

Fernando Alonso was the busiest driver on the track following his engine change, but he was told to pit before the end of the session after McLaren detected a problem on his car.