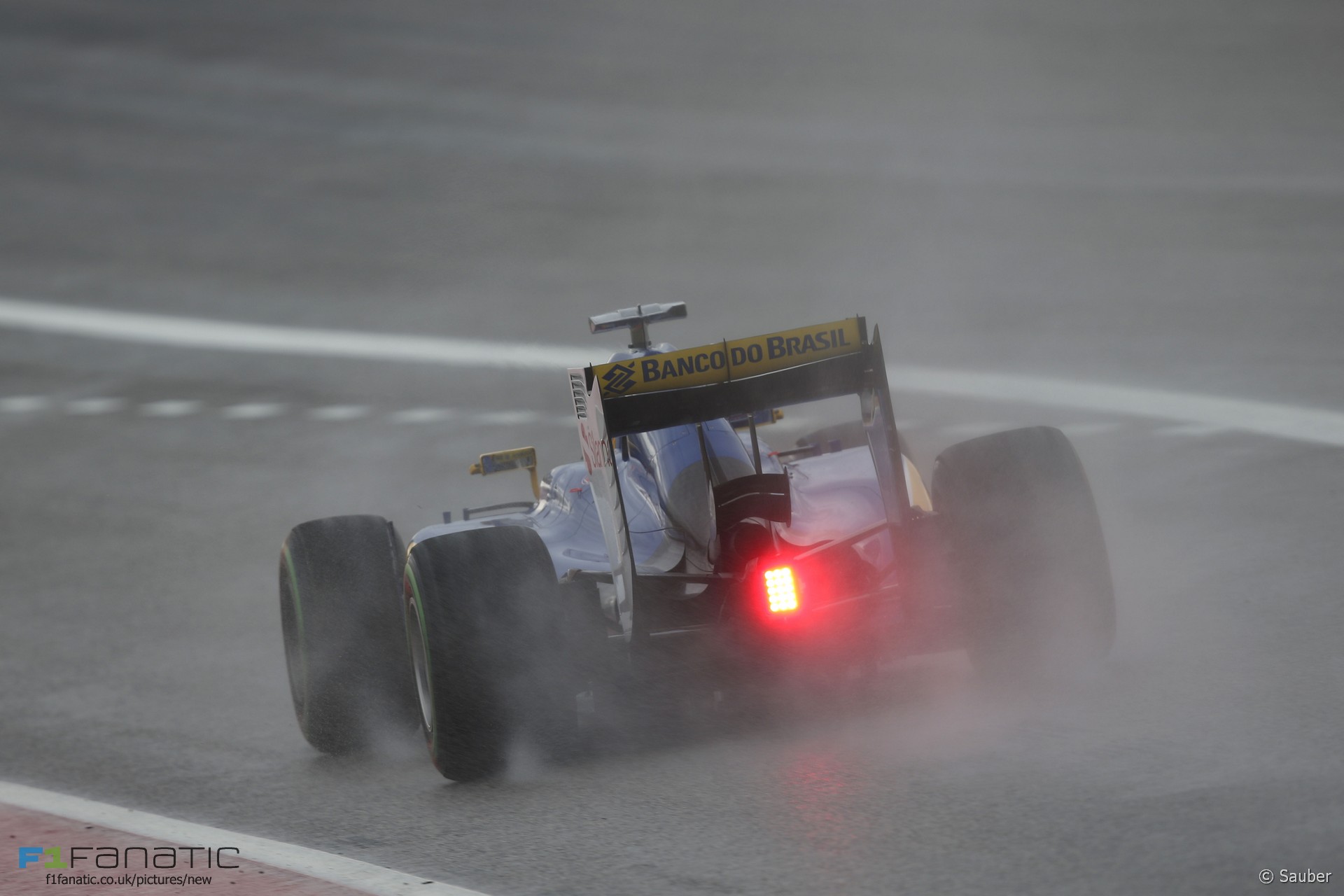 “I can’t remember the last time I saw weather like that,” said Fernando Alonso after pounding rain forced second practice to be abandoned at the Circuit of the Americas.

He might not have to wait long to see it again, however. Hard though it may be to believe, the weather forecast for Saturday at the Circuit of the Americas is even worse.

An even larger band of rain is expected to follow the one which passed over Austin today. Saturday’s expected downpour will be driven by the remnants of Hurricane Patricia, a category five storm which is officially the strongest ever seen in the western hemisphere with wind speeds of 200mph recorded as it headed towards Mexico on Friday evening.

The consequences for the Austin area will be an extremely wet Saturday. As well as there being little let-up in the rain, the risk of thunderstorms may also jeopardise the possibility for any track running to be conducted at all.

This could lead to qualifying being postponed until Sunday morning when conditions are expected to improve. This happened most recently with the Australian Grand Prix in 2013.

However the risk of further rain on Sunday remains high. Note there is also a dispensation under the rules which allows drivers’ time from final practice to count towards their qualifying positions if needed, though that does not apply to first or second practice times.

The speed with which conditions took a turn for the worse surprised some teams. “This morning we only did three timed laps because we wanted to save intermediate tyres for the second session,” said Kimi Raikkonen. Under the rules teams are given an extra set of intermediate tyres if first practice is declared wet – without which it’s likely there would have been very little running at all in Friday’s first session.

The lack of running was a particular problem for the likes of Carlos Sainz Jnr and Will Stevens, who had not previously driven at the track. “We were only able to do three complete laps today because of the weather,” said Sainz, but ending up P4 in FP1 is a good achievement.”

As things stand, he and everyone else may be fortunate to do as much running as that tomorrow.