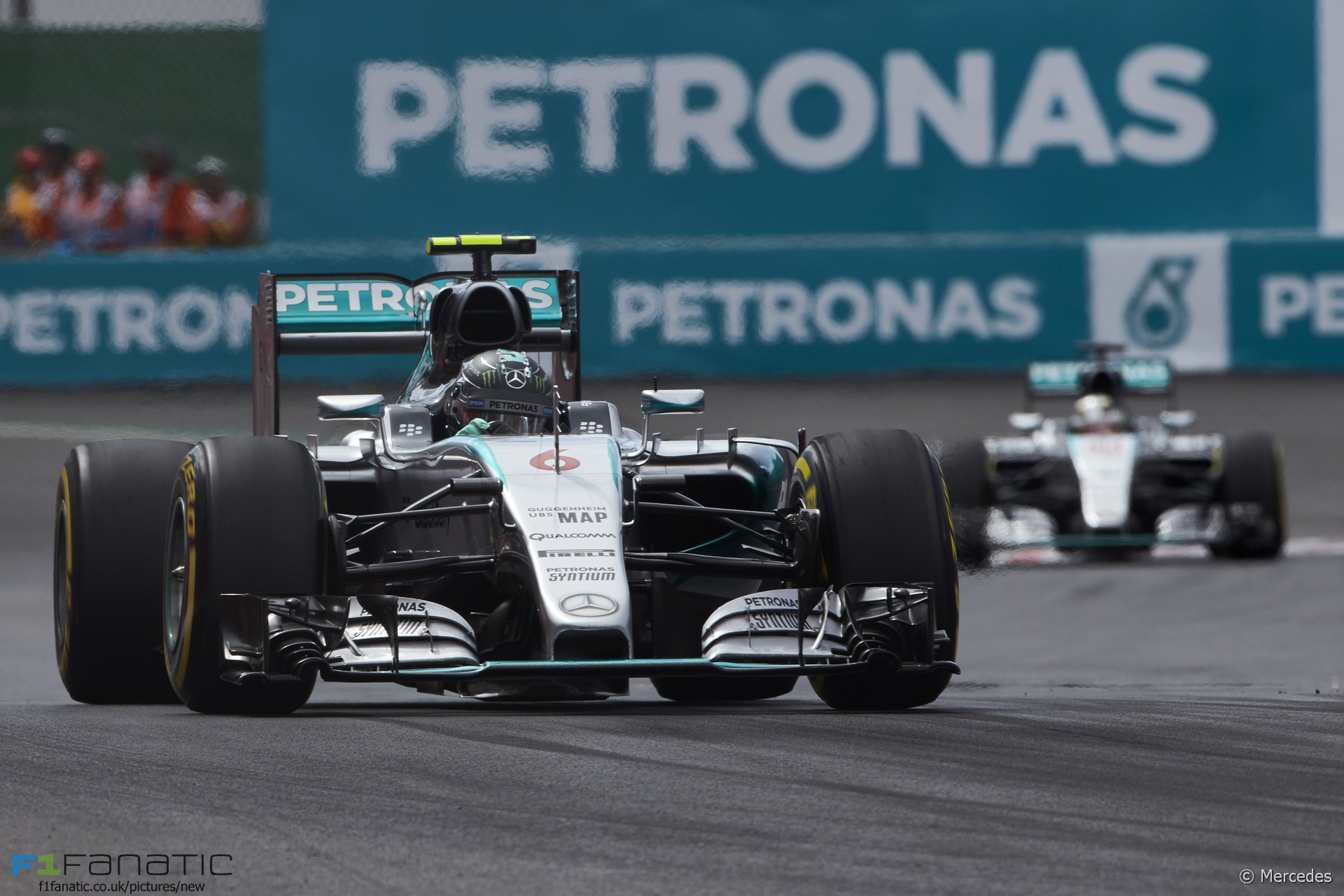 Nico Rosberg needs to turn pole position into victory today but starting from the head of the grid may be less of an advantage in Mexico than anywhere else on the F1 calendar.

When the lights go out at the start of the first Mexican Grand Prix in 23 years the drivers will begin a 900-metre sprint down to the first corner at the Autodromo Hermanos Rodriguez, making this one of the most eagerly-anticipated starts of the season.

The opening sequence of corners is swiftly followed by another decent straight into a substantial braking zone, presenting the drivers with many opportunities to improve their positions.

Rosberg’s best chance of winning rests on him staying ahead of Hamilton at the start, which he failed to do at Suzuka and Austin. However one of several big unknowns in Mexico is how easy overtaking will be. DRS is available along three-quarters of the length of the long straight, which on paper should lend a substantial advantage to the chasing car. However the high altitude already robs drivers of a considerable amount of downforce and drag, so the effects of DRS may prove to be lessened.

The trickiest aspect of the race for drivers to manage is likely to be the tyres. Having struggled desperately for grip on Friday the track conditions improved slightly yesterday, but keeping tyres in the correct temperature window will be critical to their race prospects.

Sebastian Vettel is optimistic this will present an opportunity for Ferrari to take on Mercedes. “I can’t predict what’s going to happen but usually we’re always a bit stronger, compared to them, in the race,” he said.

“The tyres could be crucial tomorrow,” he added, “the circuit is very slippery and I expect it to be slippery again. There might be some rain overnight so might be a bit of a reset for the track.”

Last year the track surface in Russia proved so low on grip that Rosberg was able to put a set of the harder tyres on at the end of lap one and make them last until the end of the race. Keep an eye out for anyone trying the same today, especially if the Safety Car is deployed early on. As there is little space around the edges of the track in the second half of the lap where cars can be recovered, the chances are good we may see a Safety Car or VSC deployment during the race.

The weather system which brought scattered showers to the circuit has moved eastwards since yesterday and further rain is not expected until the evening. However the teams will remain wary about the possibility for showers, particularly as Mexico’s unusual climate means some of the rain which fell during practice was undetected by their radars before it appeared on the track.

That could be good news for Kimi Raikkonen, who at the time of writing is due to start from 18th on the grid due to penalties. He’s got a lot of catching up to do to get on terms with the Williams drivers, who are poised to overhaul him in the drivers’ championship.

Share your views on the Mexican Grand Prix in the comments.

18 comments on “Will Rosberg finally turn pole into victory?”