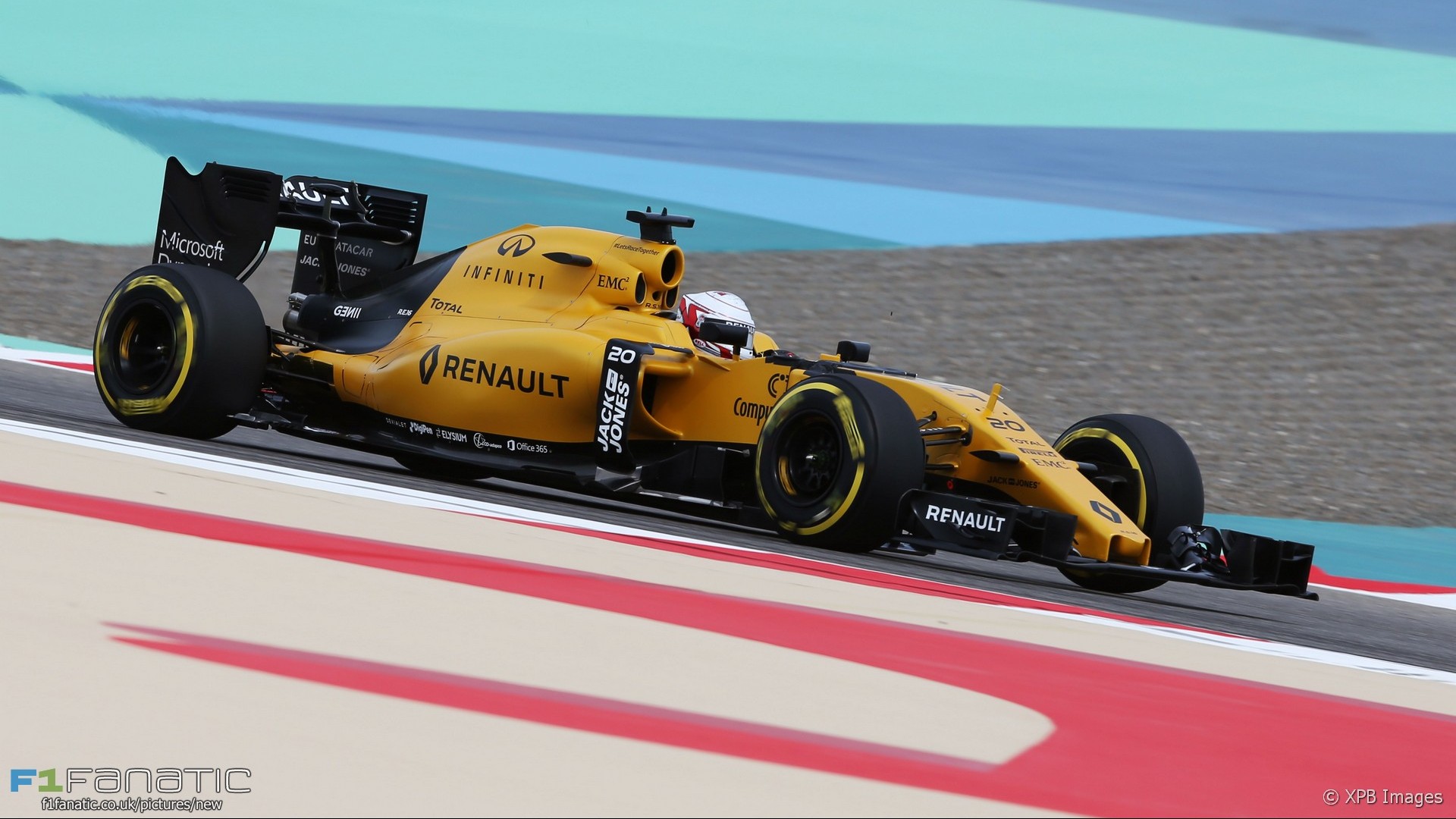 Kevin Magnussen will start the Bahrain Grand Prix from the pit lane after failing to stop at the weigh bridge during practice.

Magnussen passed a red light when he was signalled to stop at the weigh bridge during the second practice session.

“The driver failed to stop for weighing during P2 when signalled to do so by the red traffic light,” noted the stewards, “the car was not returned to the FIA garage and work was undertaken”.

Magnussen could have avoided the penalty had his car been taken to the weigh bridge immediately afterwards. Article 29.1 (a) (iv) of the Sporting Regulations notes: “A reprimand will be imposed on any driver who fails to stop when signalled to do so, provided the car is then brought back to the FIA garage without delay and that the FIA technical delegate is satisfied the car has been brought back in exactly the same condition it was in when it was driven into the pits.”

Magnussen said he failed to stop because he believed the stop light was for another driver. “I saw the red light to indicate the need to stop, which actually was for Daniil Kvyat but in fact the same light was also for me, and that’s what I misunderstood.”

“I didn’t know that you could have two cars called in at the same time. When I saw Daniil [Kvyat] pulling in at the red light, I slowed down in case they’d wave me through but they didn’t. In fact they wanted both of us.”