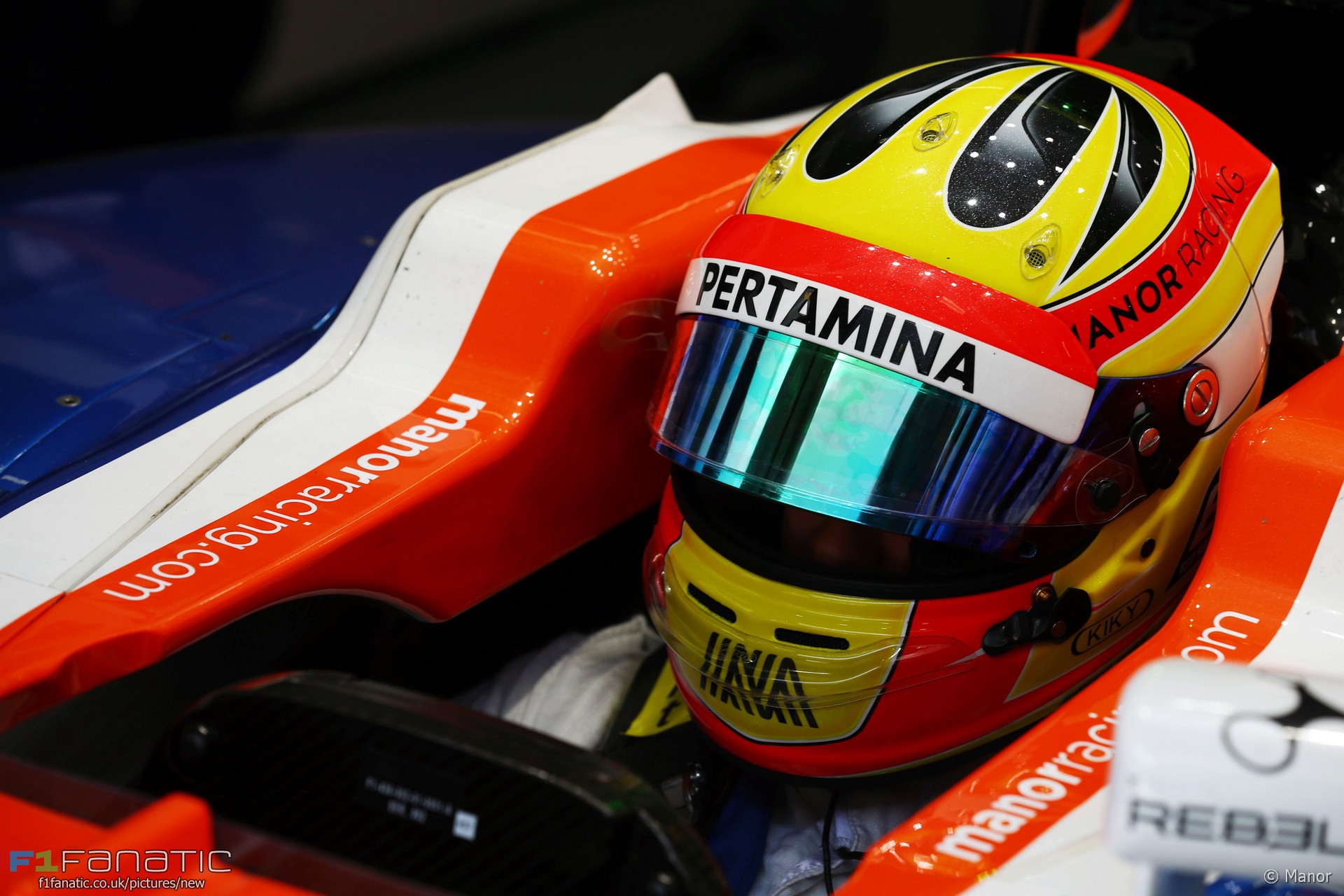 In the round-up: The Indonesian government has turned to crowdfunding to pay for Rio Haryanto’s seat at Manor.

Indonesia's Ministry of Youth and Sports and the Ministry of Communications and Information departments is urging Indonesians to pledge £3.31m to keep him in F1.

"We made an offer to acquire the team, including the chassis, which they readily accepted, perhaps assuming we would not be able to get the team up and running again. Now that we have, they have launched these speculative claims."

"The guys both in Viry and in Milton Keynes are doing a great job and you can genuinely see the progress that's being made. Hopefully (from Canada) we can really start to cause a bit of mischief ahead of us."

"We have found a way in which the four engine manufacturers can continue to supply the sport on a way that may not be the most economically advantageous, but it does provide continuity for the other teams and I think that's important."

"At the start I had a good first reaction, but then I was in the wrong power mode, basically like an out lap. So there wasn’t much power there."

"If all goes to plan Monza in September will see the first use of TV drones at a Formula 1 event. This is a great idea to create better coverage but there has been some discussion with the FIA over where such machines will be allowed to fly because the federation does not want drones crashing down on to the racing circuit."

"I think what appeals to them is the fact that the cars are mega to drive (with) huge horsepower and huge grip. The potential of them is massive, the racing is hard and fast and flat out."

That special moment when you show off your sports car to your girlfriend 😜❤️👍🏼💪🏼 pic.twitter.com/lxQCQApcpu

The reality of F1 racing six times per year in America would not be very appealing, @Jackysteeg reckons:

Well, considering that the US has the best selection of race tracks on the planet, it is criminal that they are largely overlooked by America’s top domestic championships and completely ignored on the international scene.

But as far as I’m aware, only two tracks come up to F1 standards, being the Indianapolis road course and, obviously, COTA. So realistically, Ecclestone would need at least four more new Grade 1 tracks to be built in the States (or bring some current ones up to standard, which of course will involve butchering them). That’s not going to happen, nor do I particularly want it to happen.

I would love F1 to visit America more often, but on tracks like Road America, Road Atlanta, Laguna Seca, Watkins Glen, etc… If it’s just going to be another Tilke-drome, a soulless street track in a disinterested city, or, worst of all, a butchered classic, then I see no reason to get excited.
@Jackysteeg

Former F1 drivers Hans Stuck and Derek Bell shared victory for Porsche in the opening round of the 1986 Sports-Prototype World Championship held on this day 30 years ago.

55 comments on “Indonesia launches crowdfund to keep Haryanto in F1”