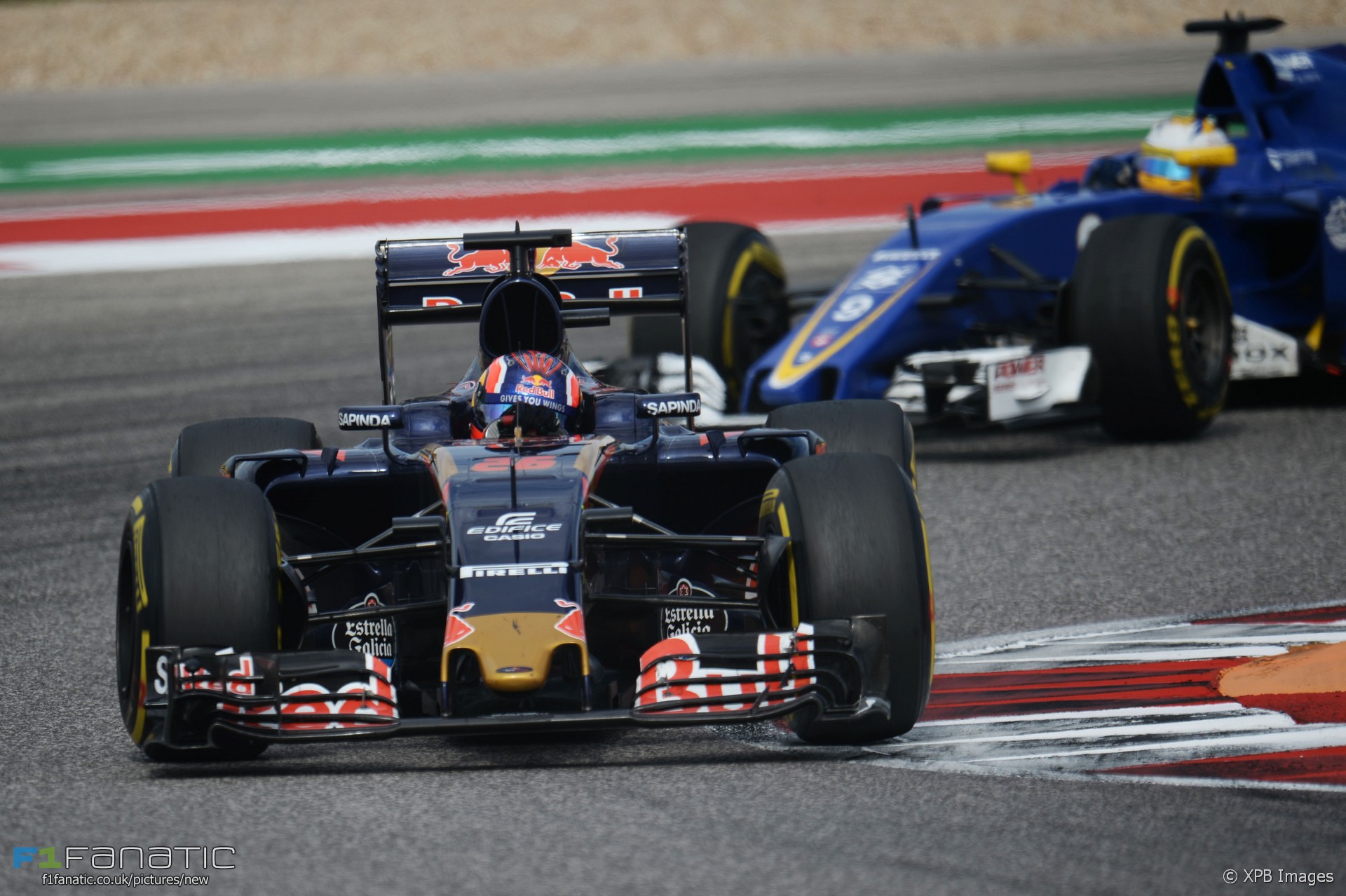 Daniil Kvyat is more than halfway towards a race ban after picking up two penalty points for his collision with Sergio Perez.

The Toro Rosso driver ran into his rival on the first lap of the race and was given a ten-second time penalty which he served during his first pit stop.

The stewards also gave Kvyat two penalty points, moving him onto a total of seven. Drivers receive an automatic race ban if they reach twelve. He previously received three penalty points for hitting Sebastian Vettel in Russia and two more for colliding with Kevin Magnussen in Monaco.

Kvyat was cleared in a further incident which saw Kevin Magnussen receive two penalty points for going off the track while overtaking the Toro Rosso driver. Magnussen was also given a five-second time penalty which dropped him behind Kvyat and promoted the Toro Rosso driver to 11th in the final classification.