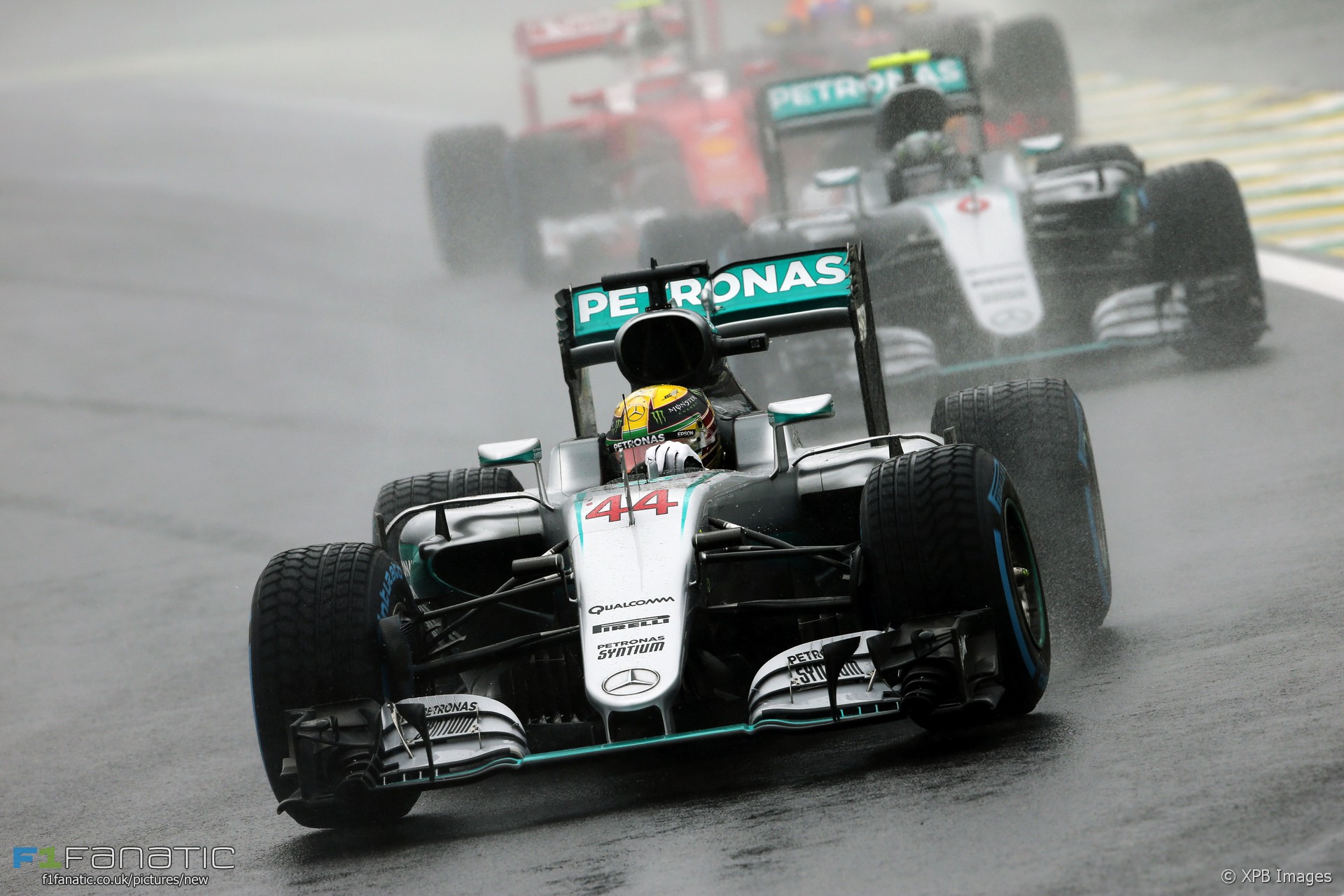 Lewis Hamilton won an intense Brazilian Grand Prix amid repeated delays due to rain and crashes.

However team mate Nico Rosberg took a third consecutive second place which ensures he will go into the final race as the favourite to clinch the championship.

Max Verstappen got ahead of Rosberg early in the race but slipped back into the back after pitting for intermediate tyres shortly before the rain intensified. The Red Bull driver gave a virtuoso performance as he cut his way through the pack to claim the final podium place.

That denied Sergio Perez his third podium finish of the season. He claimed fourth ahead of Sebastian Vettel, who lost time early in the race with a spin.

He at least fared better than team mate Kimi Raikkonen, who crashed out heavily during an early restart. This was followed by the first of two stoppages while water levels rose and fell.

But ninth place for Felipe Nasr could prove vital for Sauber, as it lifts them ahead of Manor into tenth place in the constructors’ championship.

The final points went to Fernando Alonso, who spun after the last restart.