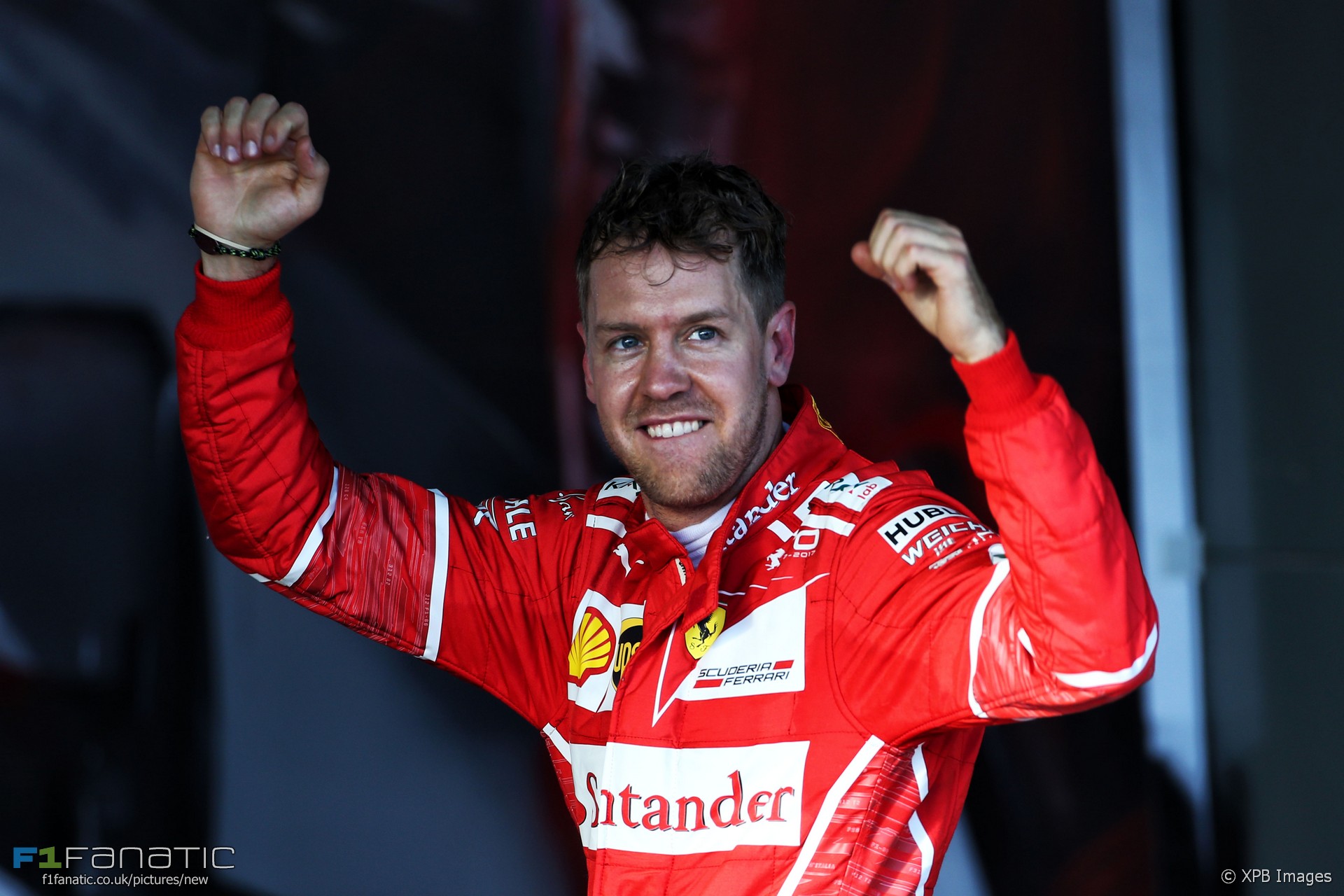 Sebastian Vettel gave Ferrari their first victory for more than a year as the 2017 season began in Melbourne.

Lewis Hamilton led the opening stages of the race but Vettel moved ahead when the Mercedes driver made an early pit stop and got stuck behind the Red Bull of Max Verstappen.

Vettel rejoined the track ahead of both of them following his sole pit stop and went on to take victory by almost ten seconds.

Hamilton fell back into the clutches of team mate Valtteri Bottas in the closing laps but his second place never came under serious threat.

Kimi Raikkonen similarly took a safe fourth place ahead of Max Verstappen. Red Bull only got one of its car to the chequered flag as Daniel Ricciardo made a delayed start to the race following a problem on his reconnaissance lap, then retired.

Felipe Massa moved up to sixth place at the start and finished there but team mate Lance Stroll retired with a suspected braking problem on his Williams.

McLaren’s Fernando Alonso had been holding the final points position until a fault developed on his car which helped Esteban Ocon to pass him.

147 comments on “Vettel wins as Ferrari sting Mercedes in Australia”