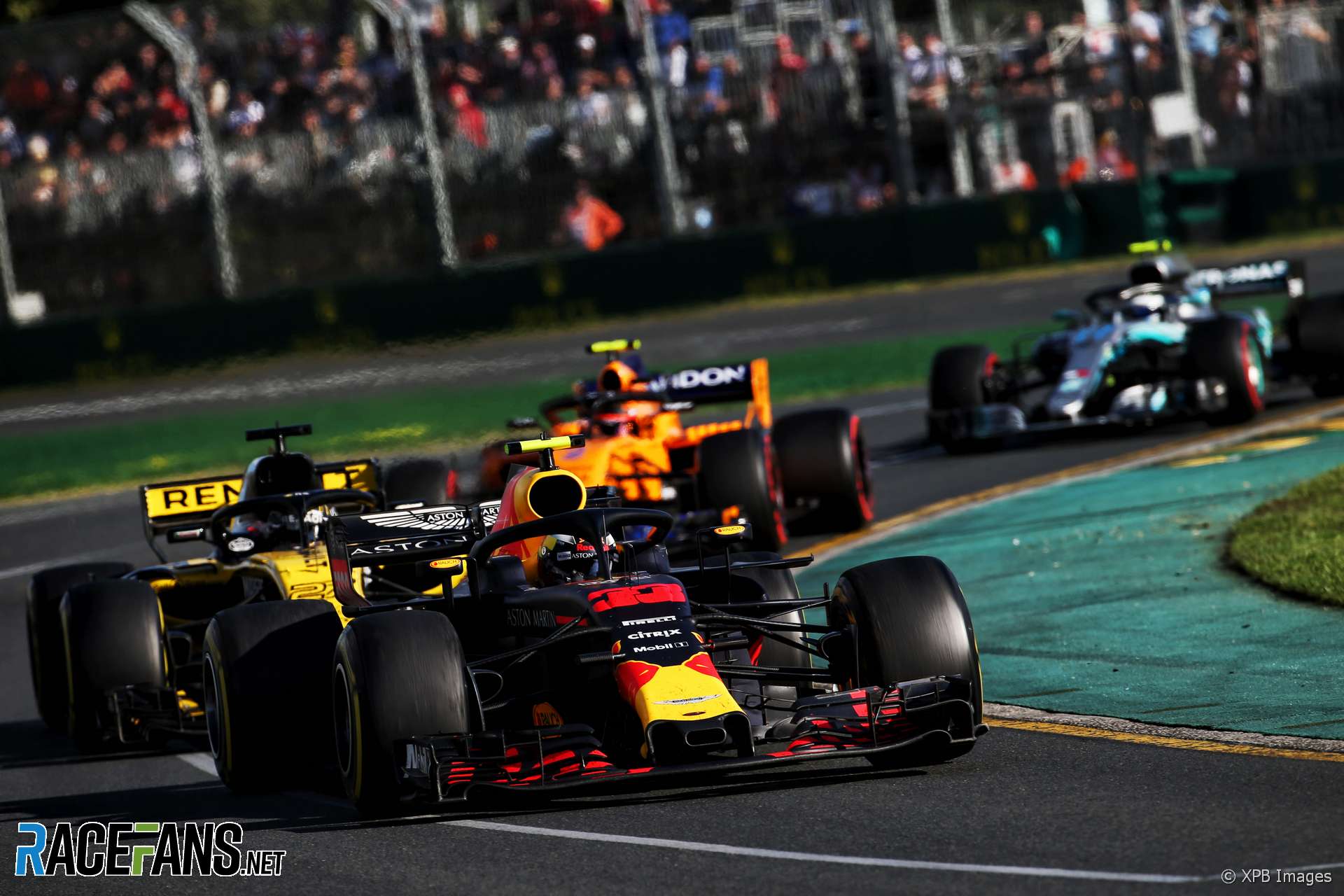 Formula One cars will undergo a series of changes in 2019 aimed at making overtaking easier.

Simpler front wings and brake ducts are among the changes which were approved in a vote yesterday. Rear wings will also be made wider and deeper, increasing the power of drag reduction systems.

However a further proposal to simplify the barge board designs on next year’s cars was not approved.

The FIA is confident the changes will make it easier for cars to race closely in 2019.

“Today’s vote follows an intense period of research into the FIA’s initial proposals, which were made with the support of the F1 Commercial Rights Holder, conducted by a majority of the F1 teams,” said the sport’s governing body in a statement.

“These studies indicated the strong likelihood of a positive impact on racing and overtaking within F1 and as such have now been ratified for implementation in 2019.”

Front wing designs will be reshaped to curb the use of ‘outwashing’ designs. These are believed to cause much of the turbulence drivers encounter when follower other cars closely.

The front wing change was proposed as a result of the research conducted into how to improve racing in 2021.

“The approved changes are separate to the ongoing work being undertaken in regard to defining Formula 1’s regulations for 2021 and beyond,” the FIA confirmed.

“In addition to the aerodynamic changes ratified today, the FIA is continuing to evaluate a range of other measures aimed at encouraging closer racing and boosting overtaking in F1,” it added.