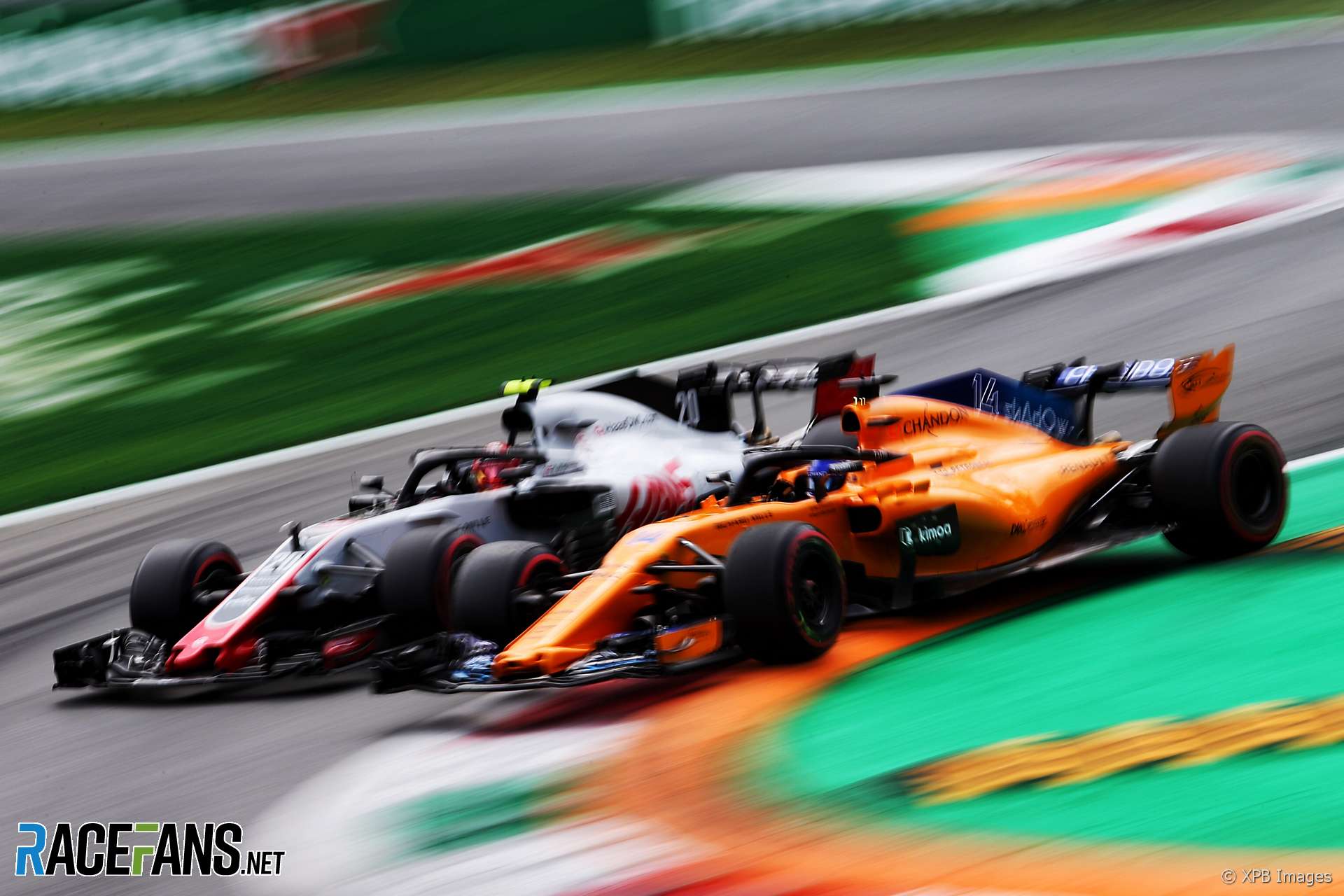 Kevin Magnussen described Fernando Alonso as “outright disrespectful” and accused his rival of deliberately causing the incident which ruined their laps.

The Haas driver believes Alonso was trying to gain the best possible slipstream for himself by duping Magnussen into overtaking him before the start of his final run in Q2.

“At the exit of Ascari Fernando was warming his brakes, I think, not going fast,” Magnussen explained. “I’m going fast so just cruise past him. But then for some reason he decided to try and accelerate and get close to me rather than create a gap as everyone else is doing.

“Obviously he got a perfect slipstream, thought he could overtake into turn one but I’d rather hang myself [than let him].”

“He thought he could have the perfect slipstream and overtake again,” he added. “I don’t know how many tenths but you gain a lot if you do that.

“But I’m not going to let him past me and sacrifice my own lap. No way. I know he thinks he’s God but no way.”

Both drivers’ laps were spoiled as they exchanged positions at the first chicane. The stewards decided to take no action over the incident.

“If you impede someone while you’re on a push lap yourself it’s not impeding apparently. That was the same with Kimi [Raikkonen] in France. Perhaps something we need to look at.

“I don’t really mind, as long as it’s the same for everyone that’s fine. I’d be interested to see if it was the other way how the turn out would be but can only speculate.”

Magnussen said he wasn’t surprised it was Alonso he had the run-in with following earlier incidents between the two drivers.

“I think we know that Fernando is a bit of an opportunist,” he said. “We’ve seen that about him quite a few times in his career with his teams as well trying different things that didn’t always work out. It didn’t work out today.”

Alonso “came to me after qualifying and laughed to my face”, Magnussen added. “Just outright disrespectful. I can’t wait for him to retire.”