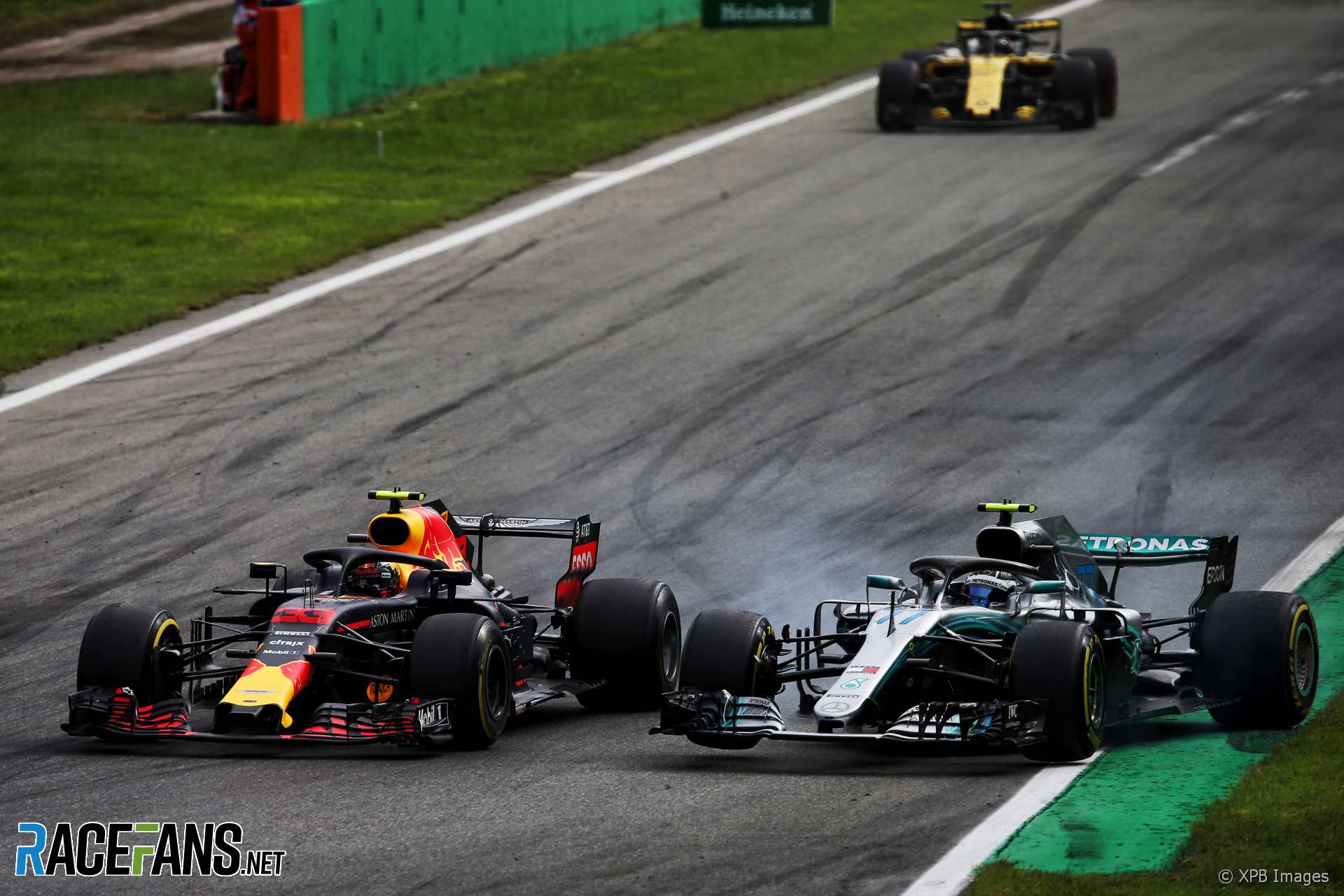 In the round-up: Max Verstappen says penalties in Formula 1 were too inconsistent this year.

Verstappen was asked whether he still disagreed with the five-second penalty he was given for failing to leave Valtteri Bottas enough space when they tangled during the Italian Grand Prix:

For me to be honest I think it was still unfair because I did leave him a car’s width. I think it happened the year before as well with Felipe and his team mate at the time.

I think penalties in general the whole season have been a bit all over the place. Sometimes yes, sometimes not.

Of course looking back at it I could have braked a bit straighter instead of going to the left but when you’re in the car it’s really difficult to judge that when you arrive at 300 [kph]. But for those moments for sure next time I’ll leave a bit more space just to be safe. But I’m also there to race hard I’m not there to give up my podium position.

Five-times @F1 world champion (and vegan) @LewisHamilton has been named Person of the Year by @Peta.

20 years since it left @F1 and @goodyear still has the 'Eagle F1' in its range:https://t.co/QojEqmkYol#F1

"From the available data and video footage, we are confident that the wheel would not have hit Leclerc's helmet. But, as Alonso's car continued to yaw relative to Leclerc's, we believe that Alonso's front wing endplate would have just contacted Leclerc's visor."

Montoya on driving for Helmut Marko, beating the Schumachers and why he quit F1 (F1)

"Nowadays with the DRS you get within a second, you're going to drive past. When we race, there was no DRS. You get within a second and you've still got another second to go. And you've still got to figure out how you get a run on him and take advantage of any mistake, and when you've got a run you're still behind the guy so you've got to divebomb the guy and hope you can make the corner and don't take each other out. So it was a lot different than today."

"One of the very famous racing drivers who was there at the party said in your body only your brain works and the rest is a wreck."

Gold in the Desert (The Players' Tribune)

Romain Grosjean: "Above everything else, I’m glad nobody was hurt. I learned a lesson — a big one — that day: An F1 race is not a sprint, it’s a marathon."

"As official out-of-home partner, Ocean will broadcast race highlights across its full motion digital out-of-home (DOOH) network The Grid, which is located in eight UK cities and reaches more than 15 million people."

I’m not sure I’d admit that if I were him, it invites all sorts of impossible direct comparisons and pointless debates, in my opinion, and gives his opponents an extra incentive to help derail his ambitions.

But I appreciate where he’s coming from and his approach in trying to achieve his goal: seeking to eliminate weaknesses in himself, and inviting criticism to help identify where those weaknesses might be. It’s funny how one of the biggest criticisms Lewis has gotten through the years has been his “inconsistency”, but by the numbers, none of his peers are remotely as consistent.

Also, it’s crazy to think that all it would have taken to be equal with Schumacher on titles already would have been a few more brain cells on the McLaren pit wall in 2007 and a reliable engine in Malaysia 2016.
Aldoid

Happy birthday to Stretch and Matiascasali!