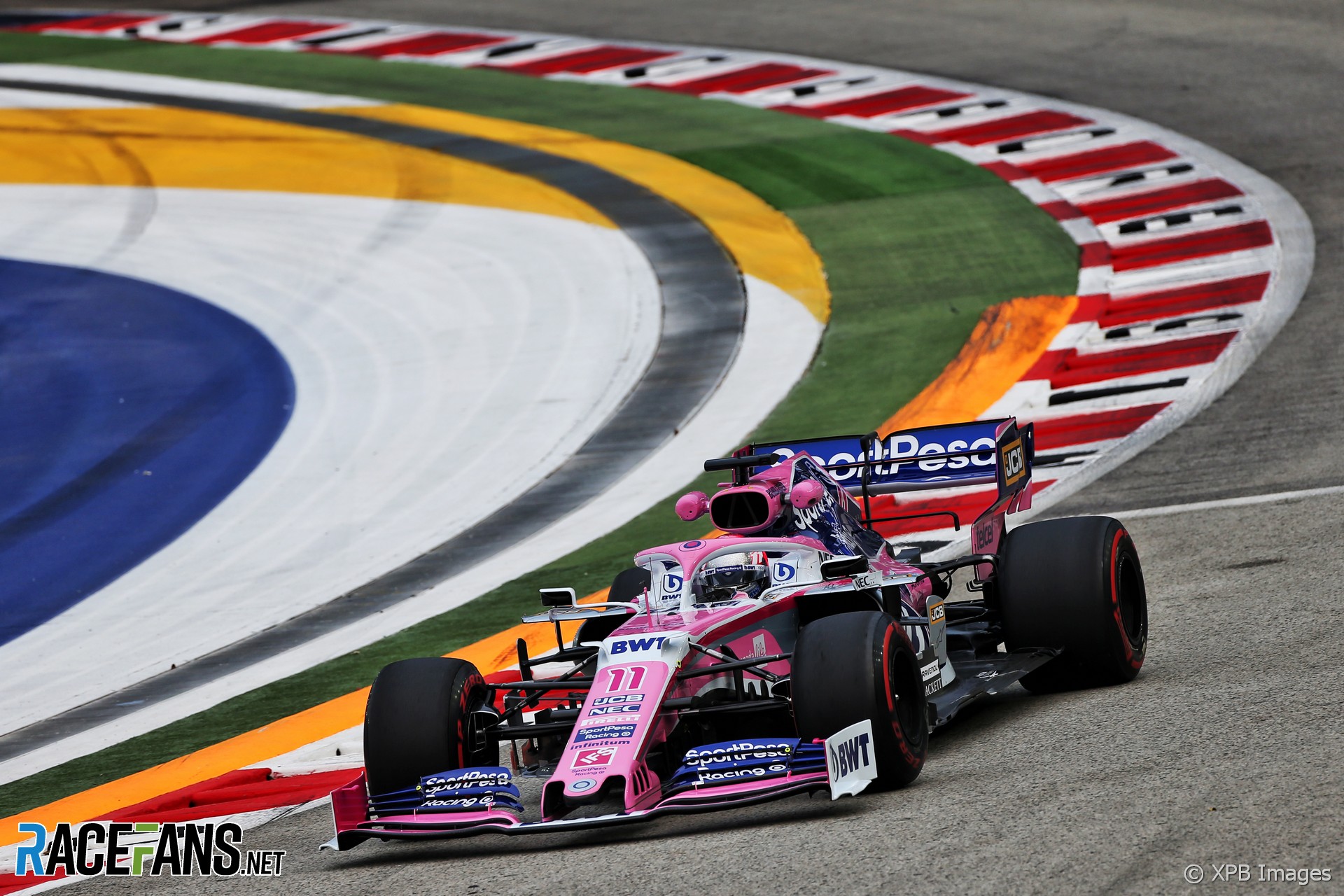 Sergio Perez has been given a reprimand after the stewards judged he was responsible for his incident with Kevin Magnussen during second practice.

The stewards ruled Perez forced Magnussen into the wall by squeezing the Haas driver. However they concluded his manouevre was not “deliberate or extreme”. His reprimand is the first he has been given this season.

“The stewards determined that both drivers were setting up for a fast lap and were following the two Mercedes,” they explained. “At the exit of turn 21, Perez took a line slightly to the inside of the racing line and Magnussen reasonably assumed that Perez was going to pit.

“However, as Magnussen made a move to pass Perez on the right, Perez who was receiving setup instructions on the radio, started to speed up to follow the Mercedes in front of him and closed the gap between himself and the wall causing Magnussen to strike the wall in order to avoid a collision with Perez.

“The stewards determined that the manoeuvre by Perez met the definition of driving ‘unnecessarily slowly, erratically or in a manner which could be deemed potentially dangerous to other drivers’ and therefore ordered a reprimand. The Stewards took into consideration that they did not believe the manoeuvre to be deliberate or extreme.”

On his radio following the incident Perez said he believed Magnussen had been trying to interfere with his lap. Earlier in the session he had spent a lap behind the Haas when the pair were preparing to start timed runs.

8 comments on “Perez reprimanded for incident with Magnussen”