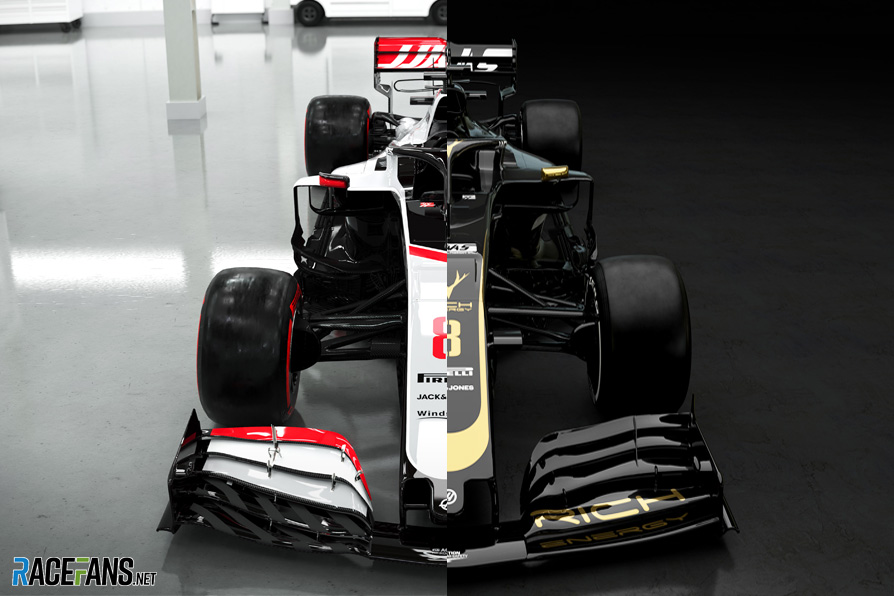 The first new car for the 2020 F1 season to appear has a lot riding on it. Haas stumbled badly last year, slipping to last-but-one in the constructors’ championship.

It was a doubly cruel blow for the team as it appeared to be in great shape after pre-season testing and, indeed, the first race of the year, where Kevin Magnussen took sixth place. But soon afterwards it slumped into a depressingly familiar pattern where the car would often qualify well, only to struggle with its tyres in traffic, allowing their rivals to pass.

An upgrade package at the Spanish Grand Prix made things worse rather than better. It took a long time for the team to discover the fundamental problems with its car which had caused the problem. Once they had been identified, the team reverted to a specification not too dissimilar from the launch images of the car you can see below.

Haas admitted it would take until the new season to address them properly. The VF-20 is the product of last year’s painful lessons and as a result there will be many anxious faces at Haas not only when it tests for the first time but, just as importantly, over the opening races.

With little change in the technical regulations compared to last year the VF-20 is a clear evolution of its predecessor. And while teams are likely to hold back their major aerodynamic changes until later, the car’s front wing already sports a noticeably different shape, following the trend for ‘outswept’ designs which its fellow Ferrari users preferred.

At the rear of the car there is little indication of any significant changes in the layout of its Ferrari power unit, which was widely thought to be the best in the championship last year. However the car’s air intake is noticeably different to last year’s, adopting a triangular shape more similar to that used by the factory team.

Use the sliders below to transition between images of the 2020 and 2019 Haas F1 cars.

Note these images may have been altered for ease of comparison and should not be used as a reference for measurements.