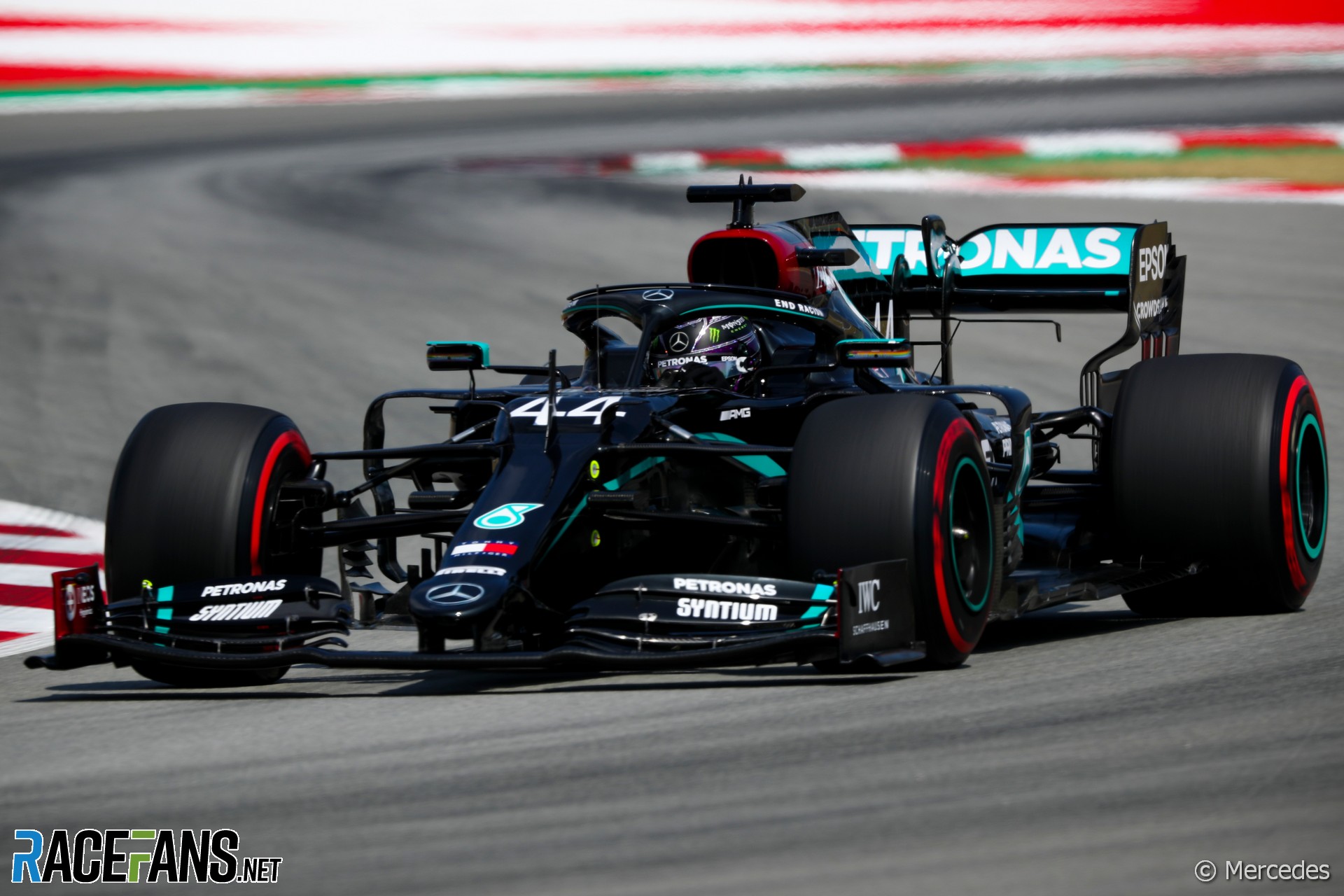 Lewis Hamilton scored his fourth victory of the 2020 F1 season and extended his championship lead in the Spanish Grand Prix.

The Mercedes driver led all the way from pole position. Max Verstappen relegated the second Mercedes of Valtteri Bottas to third place but wasn’t able to keep the pressure up on Hamilton.

Once Hamilton upped his pace in the first stint, Verstappen slipped back, and had to head for the pits before the Mercedes driver. From that point on Red Bull’s hopes of victory seemed to be over.

Bottas got away poorly, falling behind Bottas and Lance Stroll. He re-passed the Racing Point quickly, but wasn’t able to chase down Verstappen. He and Hamilton exchanged fastest laps over the final laps of the race. Bottas came in on the penultimate lap for a third set of fresh rubber, and secured the bonus point on the final tour.

Hamilton and Verstappen pitted twice, while Sergio Perez one-stopped on his way to an ‘on-the-road’ fourth place. He slipped to fifth behind his team mate in the final classification, however, having collected a five second time penalty for failing to observe blue flags when Hamilton caught him.

The Racing Points were the first cars home not on the lead lap – Hamilton lapped the field bar Verstappen and Bottas on the way to his fourth consecutive victory at the Circuit de Catalunya.

Carlos Sainz Jnr took sixth at home after battling past Alexander Albon and Sebastian Vettel. Following an unsuccessful early switch to hards, Albon made a second pit stop, while Vettel one-stopped to seventh.

The Ferrari driver’s team mate was the race’s only retirement. Charles Leclerc came to a stop at the chicane after striking a kerb which caused an electrical problem and turned his engine off. He got going again, only to retire in the pits.

That left Pierre Gasly to take ninth place ahead of Lando Norris, who complained about his rival’s defending in the final laps.

167 comments on “Hamilton romps to victory as Verstappen challenge fades”