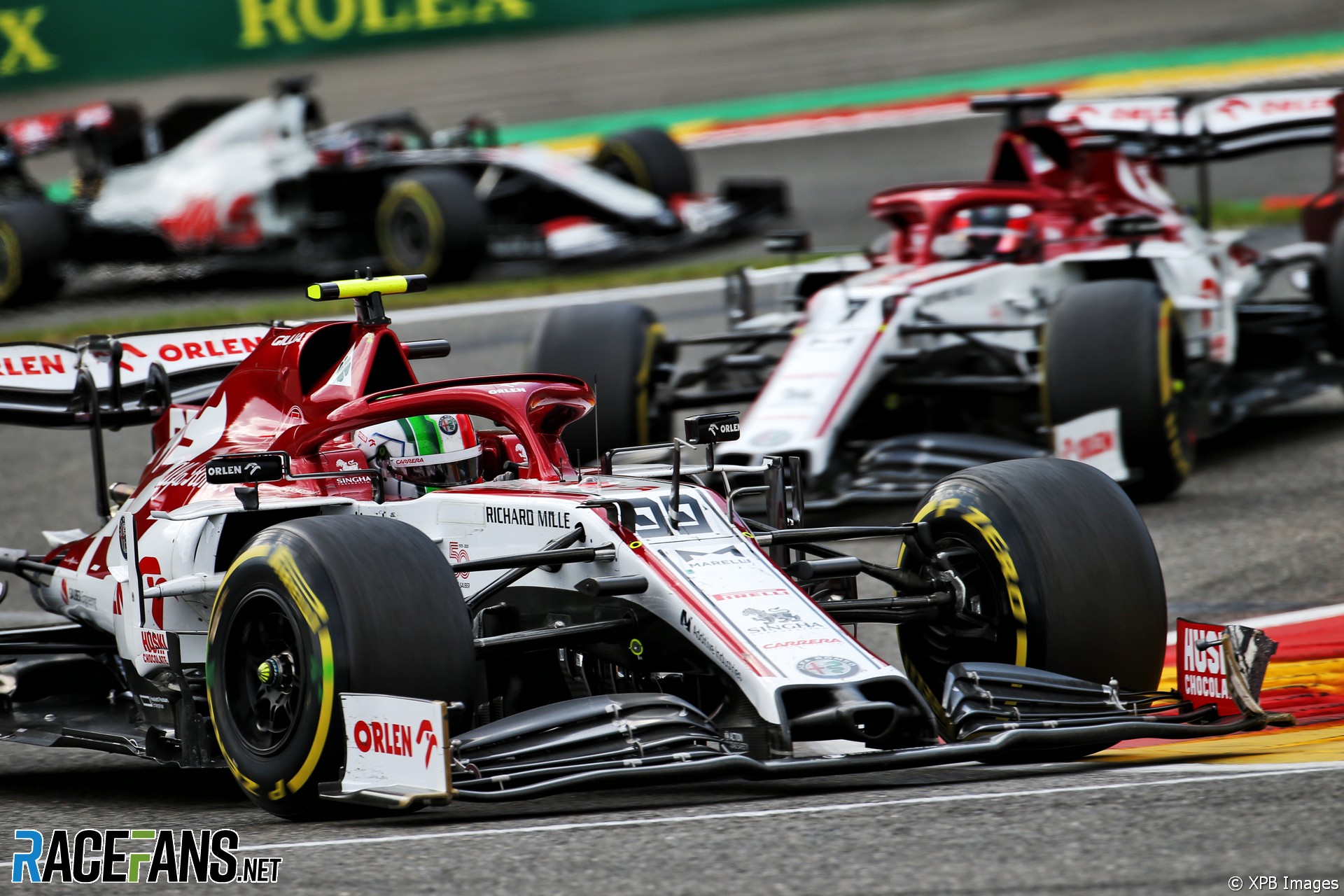 Antonio Giovinazzi was feeling the heat from team mate Kimi Raikkonen again when he crashed out of the Belgian Grand Prix.

Raikkonen had been told to “put more pressure” on him before Giovinazzi lost control of his car and spun into a barrier at high speed.

The two Alfa Romeo drivers were running 14th and 15th at the time of the crash on lap 10. Team mate Kimi Raikkonen, following immediately behind Giovinazzi, remarked he “should have fucking let me past” as he spun into the barriers.

Raikkonen appeared behind his team mate on lap four after passing Kevin Magnussen. As he closed within a second of Giovinazzi, Raikkonen told his team: “I feel like I’m faster but I’m stuck behind him.”

Giovinazzi has been told to let his team mate pass him twice already this year. Raikkonen urged Alfa Romeo to consider switching the cars again: “I think we can challenge the Ferrari, at least try it,” he said.

Meanwhile Giovinazzi was being told to up his pace. He was advised to improve his line at several points on the lap including at the right-hand part of Fagnes, turn 13, where he eventually crashed.

“He’s off,” remarked Raikkonen as Giovinazzi’s car skidded off the track in front of him after five laps of pressure from his team mate. Giovinazzi’s race engineer asked “are you OK?” as the car came to a rest. The driver climbed out, apparently without replying.

48 comments on “‘He should have let me pass’: How Raikkonen saw Giovinazzi’s crash”