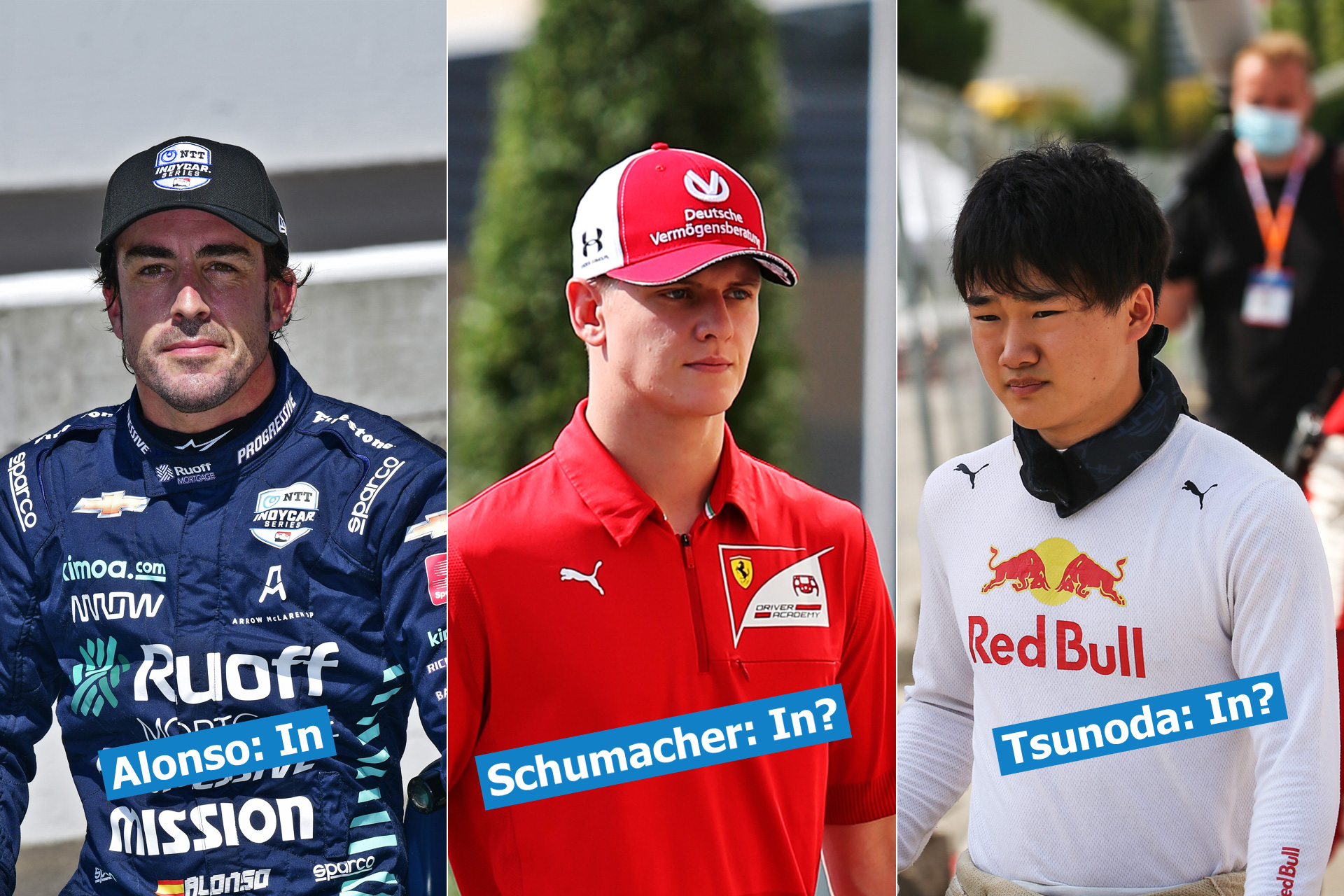 We already know the identity of one new driver on the grid next year – and he may be joined by at least two more. But who will have to step aside to make way for the new names?

At one stage this year it looked as though Lewis Hamilton might be left as the only world champion on the grid in 2021. Kimi Raikkonen remains yet to confirm his plans for next year, and in May Ferrari announced it was showing Sebastian Vettel the door.

But since then Renault has confirmed Fernando Alonso will return with their team next year (now to be renamed Alpine). And Vettel has found a new home at Racing Point (which is also being renamed, to Aston Martin).

Hamilton has not officially announced his plans for next year, but barring some unforeseen drama, at least one more year at Mercedes is widely expected. Not least by his leading rivals, who have already made their 2021 arrangements accordingly.

Alonso’s return is part of a domino sequence which includes Daniel Ricciardo moving to McLaren, Carlos Sainz Jnr to Ferrari and Vettel to Aston Martin. It leaves Sergio Perez out in the cold, looking for a way to stay in the sport.

His likeliest destinations are the two Ferrari customer teams: Alfa Romeo (who he made his F1 debut for, when it was Sauber, in 2011) and Haas. Besides being a capable driver with a reputation for consistent points-scoring, Perez has the added appeal of a portfolio of sponsors which would be attractive to either team.

On the strength of this year, neither are likely to be at anything like the level of the team Perez has been forced out of. But they may offer his only chance to remain in F1 long enough for the new technical regulations to arrive in 2022, which many hope will help create a more level playing field.

There is the outside possibility of a move to a front-running team, as covered here previously. Perez is known to have spoken to Red Bull about the chance of joining the team alongside Max Verstappen next year.

Historically, Red Bull have always preferred to ‘keep it in the family’. Their junior programme has brought a succession of drivers into F1. Pierre Gasly’s demotion from the top team last year looks hasty in the light of his victory at Monza earlier this month, but the team give every outward indication of sticking by his replacement Alexander Albon. His breakthrough podium finish at Mugello last week could not have been more timely.

Red Bull’s priority may be to bring in the latest in their line of junior talents. AlphaTauri team principal Franz Tost recently spoke glowingly of Formula 2 talent Yuki Tsunoda, who will test for the team at the end of the year.

Before the season began Red Bull’s motorsport consultant Helmut Marko targeted a top-four place in F2 for Tsunoda on his debut in the category. He was holding fourth place until his point-less weekend at Mugello, where a debatable five-second time penalty in the feature race meant he started the sprint race from 16th on the grid instead of pole position. Nonetheless he lies sixth in the standings, just 38 points off the lead with three double-headers remaining.

It’s hard to imagine an F1 debut for Tsunoda coming at the expense of anyone other than Daniil Kvyat. The 26-year-old has now made over 100 starts, the vast majority of them in Red Bull’s junior squad, and has usually been shaded by his team mates since his demotion from Red Bull in early 2016.

Similarly, Perez’s hopes of landing a place at Alfa Romeo could be complicated by the likely arrival of another junior driver: Mick Schumacher. The son of seven-times champion Michael Schumacher is believed to have a deal in place which assures his promotion if he finished in the top three in Formula 2. He’s currently leading the championship, which would make the Ferrari Driver Academy member a strong candidate whatever the circumstances, even before considering the appeal of that surname.

A promotion for Schumacher would be bad news for Antonio Giovinazzi, whose FDA-linked seat at Alfa Romeo would surely go to the 21-year-old. The identity of his team mate would be strongly influenced by whether Kimi Raikkonen wishes to extend an F1 career which will equal the longest in the sport’s history this weekend.

Alfa Romeo team principal Frederic Vasseur said at Mugello their future plans will be influenced by what Raikkonen decides to do. “If we are all interested to collaborate and the collaboration is good, it will make sense to continue.” Raikkonen is still driving well and enjoys the benefits of being located near the team’s base, making his decision largely a question of whether he gets enough satisfaction from racing for the lower points places.

If Perez can’t find a seat there his last chance will be Haas. They have run the same driver pairing since 2017, and team principal Guenther Steiner recently said the current line-up of Romain Grosjean and Kevin Magnussen remain under consideration for next year on a shortlist of almost 10 drivers.

However Steiner recently indicated the team is also considering promoting a junior driver to its line-up. “There is a lot of people out there, we just need to make the choice,” he said. “For sure there are young drivers on it.”

Haas has plenty of names to choose from. As well as having its own test drivers Louis Deletraz and Piero Fittipaldi, power unit supplier Ferrari’s Driver Academy includes Callum Ilott and Robert Shwartzman who are in the thick of the F2 title fight.

The unfortunately reality for Perez is that having lost his place at Racing Point he likely faces a choice between labouring at the back of the F1 grid for at least a year, or not being on it at all.

McLaren Racing CEO Zak Brown has hinted an IndyCar deal may be possible. This could be an appealing move for Perez.

McLaren SP have been on the cusp of scoring a breakthrough IndyCar win for several races, while Perez is coming up on the 10th anniversary of his last race win, and no doubt craving a return to the top step of the podium. IndyCar would offer him the chance to do that, while also being closer to his family in Mexico. Will that appeal to him more than being lapped by an Aston Martin in F1 next year?