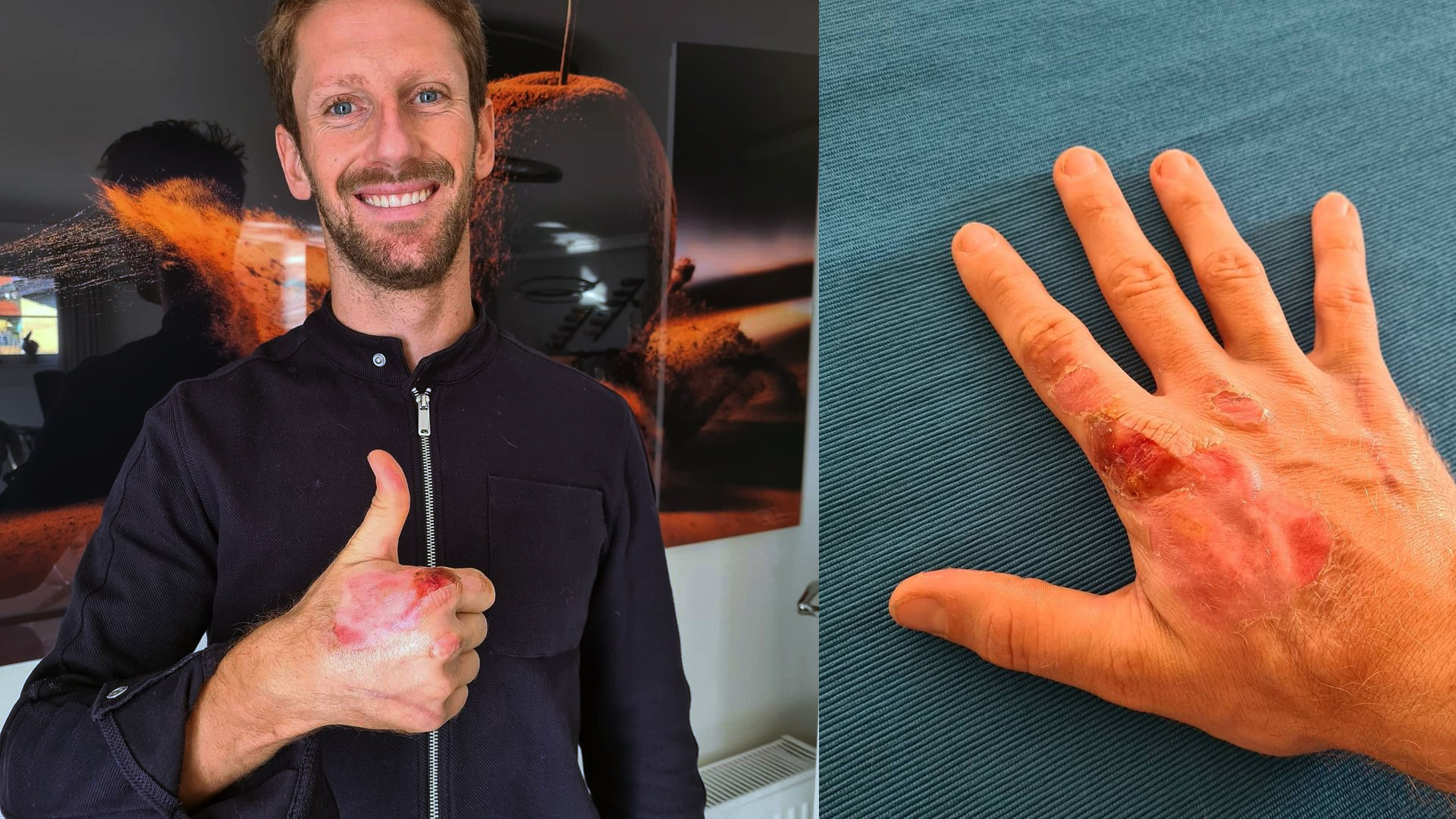 Romain Grosjean has revealed the extent of the burns he suffered to his right hand during his shocking crash in Bahrain 11 days ago.

The Haas driver will not take part in this weekend’s season finale in Abu Dhabi, which was due to be his last drive for the team, as he continues to recover from his injuries. Grosjean revealed on social media the dressing has been removed from his burned right hand.

His left hand suffered more serious damage during his 28-second escape from his blazing car, hence his decision not to return to racing this weekend.

“Bloody hell, makes me super happy to have my right hand free from dressings,” said Grosjean in a social media post.

“It feels [so] good to see it in such good shape. Waiting for my left hand to recover now.”

Pietro Fittipaldi will substitute for Grosjean again in this weekend’s season finale. Team principal Guenther Steiner said the team’s reserve driver is “more comfortable” about driving at Yas Marina, a track he is already familiar with.

“He tested a few times there in an F1 car so he feels that he knows it more. Obviously it’s a longer race track so it’s more difficult also to learn about it.

“My expectations are still the same: Do your best. I know the car he has got, it is what it is and as long as he can stay close to Kevin [Magnussen], that’s the only benchmark we can give him. And he’s determined to get closer and to learn more and progress.”

Fittipaldi finished last on his debut at the Bahrain Outer circuit but Steiner said the team “couldn’t ask more from his first race” last week.

18 comments on “Grosjean reveals extent of burns to right hand”