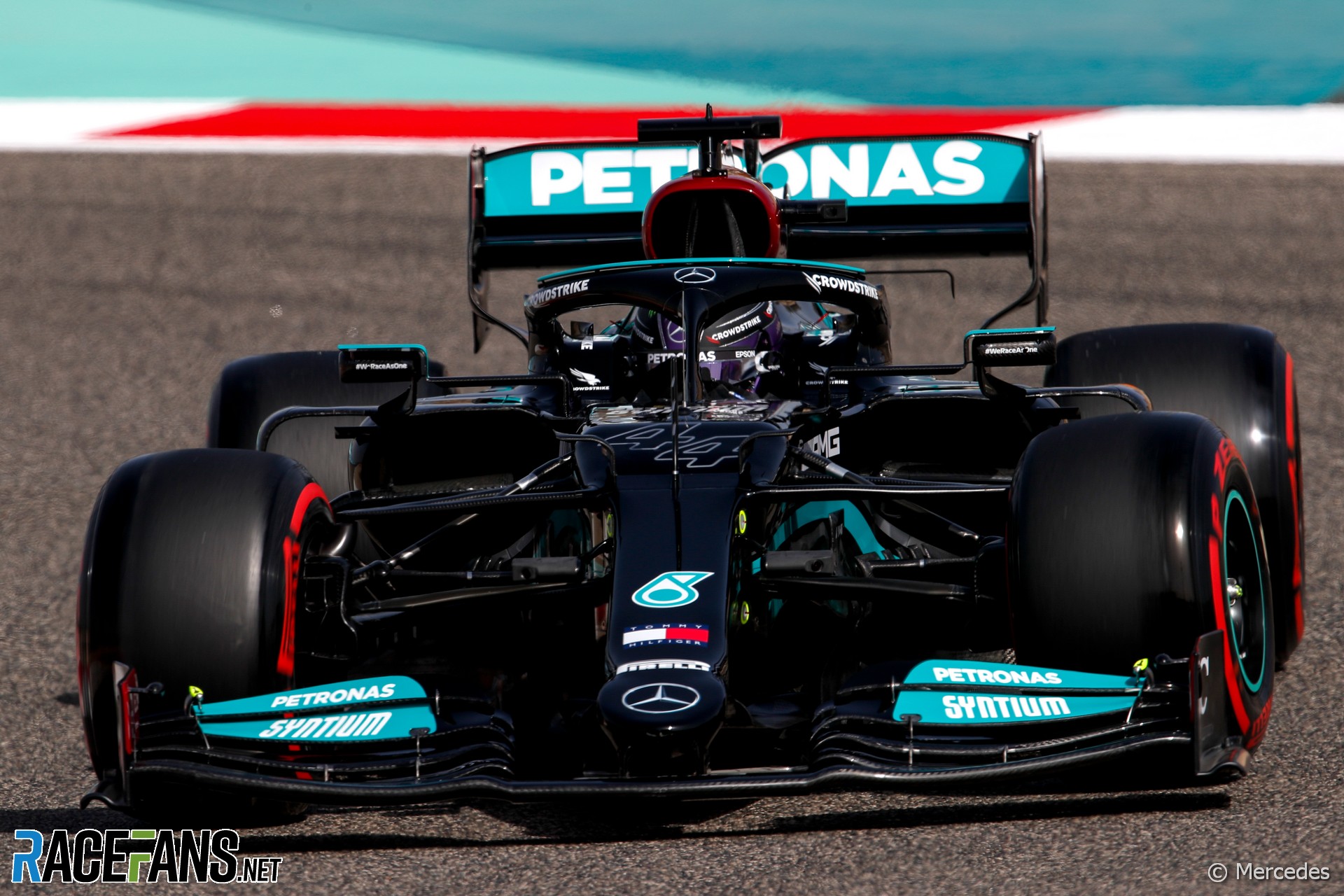 The first two practice sessions of the Formula 1 season in Bahrain were both topped by Max Verstappen. Besides the Red Bull driver looking totally at one with his car, there was plenty to take away from this year’s first serious day of track action.

First practice one took place in sweltering conditions, with the air temperature above 33C for much of the session. The track temperature started off very high, towards 48C, before the lowering sun gradually brought temperatures down fractionally.

Running at the hottest time possible wasn’t going to provide useful data for what will be a far cooler night race, so despite the session being shortened from 90 minutes to 60 (as will be the case for all Friday sessions during 2021), the more representative laps didn’t come in until the end of the session.

Behind Verstappen’s Red Bull came the Mercedes of Valtteri Bottas. The Mercedes-powered teams look like they will have a straight line speed advantage this year, with the top speeds all around the lap repeatedly being achieved by drivers with the brand’s power unit in their car.

However Ferrari’s Charles Leclerc shared a detail at the end of the day which makes the picture not as clear cut. “We haven’t run [our power unit] flat out yet but I don’t think it’s the case for anybody in the paddock today,” he said. “So we don’t know how much they are sandbagging.” Any attempts at ‘sandbagging’ in second practice were masked by the fact that so many cars were on track at once that most laps were mired by traffic to some extent.

The evening session also marked a change of instruction from the race director regarding track limits at turn four. Perhaps no one told Valtteri Bottas, as on no fewer than five occasions he had a time deleted for heading wide over the white lines on the outside of the exit of the corner. The other 19 drivers only had four laps deleted between them.

Both Mercedes drivers pinned their difficulties at that corner on a combination of the 15kph winds and an unstable rear end that had also been a problem in testing. Lewis Hamilton also laid blame on “performance we’ve lost on tyres this year” as he ended the day third fastest behind Verstappen and McLaren’s Lando Norris.

The root of Mercedes’ rear end instability problems appears to be the changes to the rear floor, brake ducts and diffusers imposed by the 2021 regulations to cut downforce. Mercedes team principal Toto Wolff believes ‘high rake’ cars such as the Red Bull have been less severely affected by this change than their ‘low rake’ design.

“We probably suffered more with the change of regulations than the cars with higher rake, and the Red Bull has followed that concept for many years,” he said.

“So it makes it more difficult for us to recover some of the lost downforce. But so far, what I’ve seen and what I hope is that we can really have a really tough fight, it’s what the fans want to see and what we would like to have.”

Meanwhile Aston Martin, who decided to emulate Mercedes’ low-rake approach last year, also had a low-key start to the first race weekend of the year.

Williams put the greatest onus on long runs on the medium compound in the evening session, with both Nicholas Latifi and George Russell completing unrivalled (in distance) 14-lap stints at what can be considered race pace. Alpine was next best with F1 returnee Fernando Alonso covering 13 laps in his longest stint and Esteban Ocon racking up 12. Both Aston Martin drivers also hit the 10-lap mark on their long runs, as did Giovinazzi and Norris.

At the bottom of the times, and with fewer laps too despite their inexperience, were Haas rookies Nikita Mazepin and Mick Schumacher. Mazepin found his first ever F1 practice sessions “quite challenging” from a technical perspective but “very special”, while Schumacher admitted that practice one was his first time driving an F1 car in hot conditions.

“I feel really comfortable in the car, which is obviously a very good sign,” Schumacher said. “It shows that we’ve done the right work to prepare myself and to get into the car and just be comfortable.”

Qualifying tomorrow will provide the first indication of the true pecking order, though as always race tactics will also be at play. Pirelli indicated the soft tyre compound, which takes a pounding on the highly abrasive Bahrain track, looks like a better race tyre than expected on account of its superior performance.

Pirelli’s head of F1 and motorsport Mario Isola revealed the soft tyre was on average 0.9s quicker per lap than medium – around twice what was predicted. The performance gap between the medium and hard – used frequently by Alfa Romeo’s Antonio Giovinazzi and the two Alpine drivers – was, as expected, around 0.4s.

Another part of the puzzle for teams is the comparatively slow lap times, even given the windy conditions, which were much as in pre-season testing. Ferrari got closer to their 2020 pace than anyone, but were still almost two seconds away.

“The track was not quick today but it’s still difficult to understand why the track was not quick,” Isola observed. After a day of remarkably close lap times – one second covered the top 16 drivers, and eight of the 10 teams – that may be a further indication there’s a lot of sandbagging going on among all that sand.