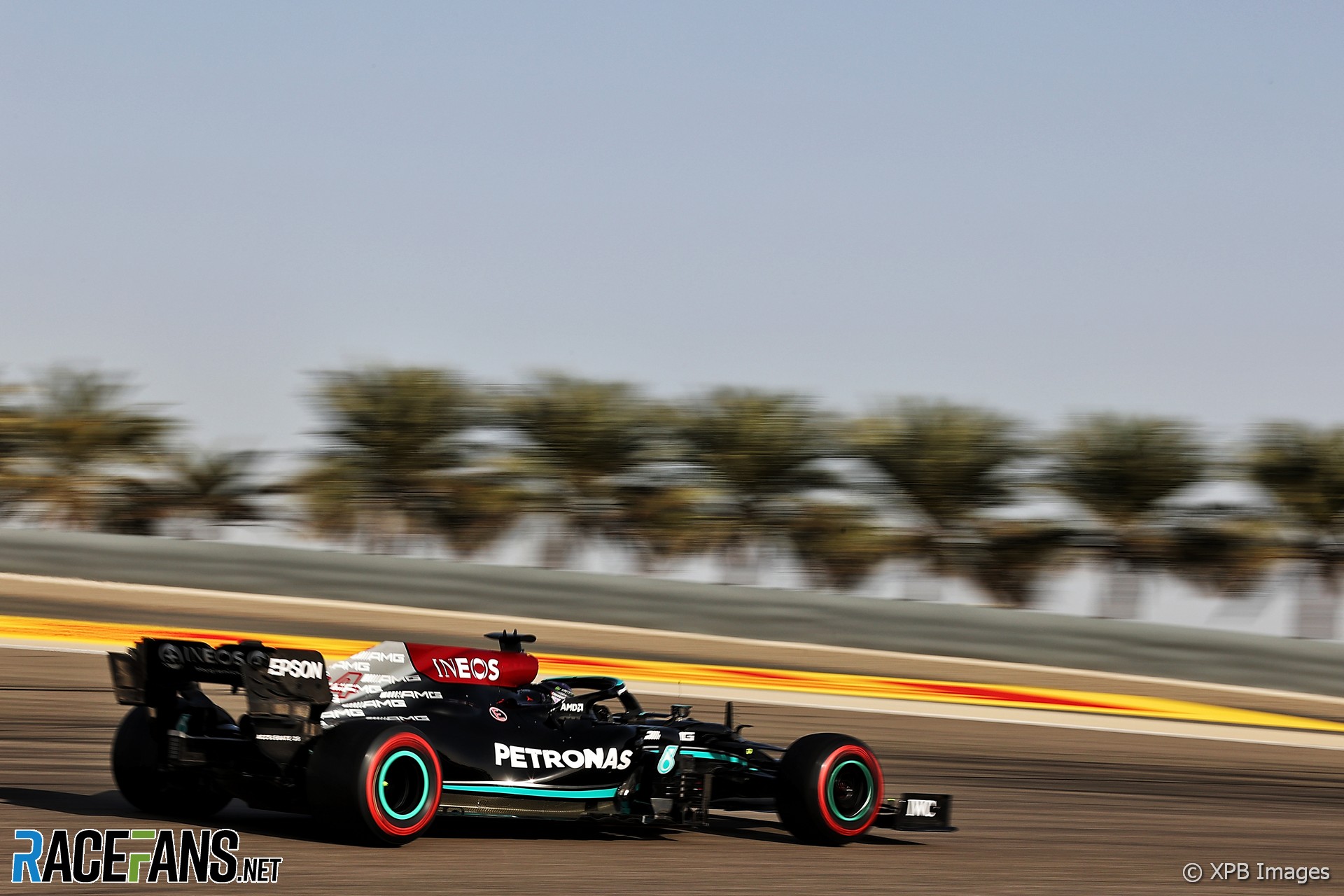 When the covers came off teams’ reworked cars for the 2021 F1 season a month ago, the same word was on the lips of many teams at the middle and rear of the grid: “Transition”.

F1 is in the final year of its current aerodynamic rules. Up and down the grid, teams know the more effort and resources they expend on their new cars for 2022 now, the better off they will be not just next year, but in subsequent seasons. Particularly as the new-for-2021 budget cap restricts what they can spend on both this year’s car and next.

That’s why so many teams went into the new year talking about “transition”. They are ready to switch their efforts from this season to next earlier than the others. The likes of Haas have taken it to extremes, producing a mildly reworked 2020 car to comply with the new rules and prioritising 2021 above everything else.

That’s all well and good if you’re not title contenders and have less to lose. And it’s no bad thing to turn up at the first race of the season with the outright fastest car, as Red Bull have done.

Showing up with the second fastest car presents an immediate headache. That’s the situation Mercedes have found themselves in. And as team principal, Toto Wolff has the biggest headache.

Clearly, a significant part of Mercedes problem is how the few aerodynamic rules introduced for this season appear to have hit teams with ‘low rake’ design philosophies harder than those with ‘high rake’ cars. That much is evident from the lap times – only the under-developed Haas has made a big step backwards than Mercedes and their Aston Martin mimics over the off-season.

Yesterday Lewis Hamilton was quick to claim Mercedes had been targeted by the rules change. “It’s no secret that the changes, of course they have been done to peg us back,” he said.

Officially the changes, which targeted the cars’ rear floor, brake ducts and diffuser, were done to reduce car performance in general, decrease the phenomenal loads they place upon their tyres and prevent a repeat of the blow-outs seen at last year’s British Grand Prix. Two of those three failures occured on Mercedes cars, so it’s hardly a surprise that the remedial action taken to address the problem should affect them more than others.

Wolff agrees there’s “definitely there’s a pattern” in the performance differences between low and high-rake cars this year. “The low rake cars seem to have lost more than the high rake cars.

“That is the situation and if we would say ‘we were just penalised by the regulation, that’s it’, we wouldn’t be racers and we wouldn’t be fighters. We just need to get that car in its sweet spot so it can combat with our competitors.”

For this weekend, the team has tried to make its car as benign as possible for Hamilton and Valtteri Bottas during the race, sparing them the snappy handling balance they encountered in testing and ensuring they come away from the first race of the season with a decent haul of points.

Wolff acknowledged the possibility the Bahrain circuit – still the only venue all teams have conducted meaningful running at – simply doesn’t suit the car very well. But he isn’t prepared to accept that as an excuse.

“I think the car is just not in a happy place. Bahrain wasn’t particularly great last year either. This is a track layout and asphalt that Red Bull seems to master better than us.

“But this is not at all an explanation that is acceptable. It’s just we need to do what we’ve done in the last years and understand the car and the tyres and optimise in every detail and then we will be back in the fight.”

Nor is the problem limited to Mercedes’ aerodynamics. Red Bull’s Honda power unit looks increasingly a match for them, and Mercedes encountered problems with their M12 ‘de-rating’ as they weren’t always able to harvest enough energy.

“We’re losing a little bit on the engine side in terms of de-rates,” Wolff explained. “We are not yet in a happy place with our energy recovery. But it’s not one single point where we could say this is a big gap.”

Whatever progress Mercedes can make with their power unit will carry over to next year’s car. But the aerodynamic problem is more of a headache because next year’s car is a clean-sheet design.

Surprisingly, Mercedes problem has come about despite them curtailing development of last year’s car earlier than their rivals, in order to prepare themselves for this season.

“Imagine if we started the 2021 car later,” Wolff reflected, “it would have been even worse.”

Last year Mercedes had the luxury of a healthy points lead early in the championship which allowed them to make that call. Now Wolff is caught on the horns of a dilemma: How much of the team’s now restricted development capacity can be spent on winning this year’s championship at the expense of next year and beyond?

“This whole concept of ‘let’s switch off early in order to get out of the blocks faster the following year’ is a tricky call,” he said.

“I think you just need to optimise every season, and particularly with next year’s regulatory change it’s difficult to balance because we don’t want to lose this year, but we don’t want to lose next year either. And starting late for next year means that you could potentially run around behind the leaders for quite a while and not only a year. So it’s not clear yet.”

However he is clear that cutting their losses and giving up on the W12 is not an option. “You can’t sacrifice 2021 in the hope of having a more competitive race car and power unit next year, that’s not how it works.

“I think everybody will be balancing their resource between the 2021 car and the 2022 car, including the power units and we are the same. I guess at the moment we need to give some emphasis into this project because we are behind.”

If there is an up-side to the present situation for Mercedes, it is that the opening rounds on the 2021 F1 calendar are much less tightly compressed than last year. The disrupted 2020 schedule began with nine races in 11 weeks; after today’s race there’s three weeks until the next and then another fortnight before round three.

“That is a benefit indeed,” said Wolff. “Three weeks to digest data, to optimise where it can be optimised and if needed, take some other development direction on the hardware.”

This isn’t the first time Mercedes have come out of the blocks at a disadvantage. Ferrari won the opening races of 2017 and 2018; in the latter campaign it took Mercedes until round four to win a race.

But the twin challenges of the budget cap and the new regulations for next year will make it harder for the team to produce the development leaps we have seen in recent seasons. That said, they are already encouraged by the progress they have made since pre-season testing ended just two weeks ago.

“It’s the first race of the season and Red Bull has a quicker car in qualifying in Bahrain than us,” Wolff summarised. “I am proud of how we recovered from a test that was sub-optimum. So, yeah, the fight is on.”