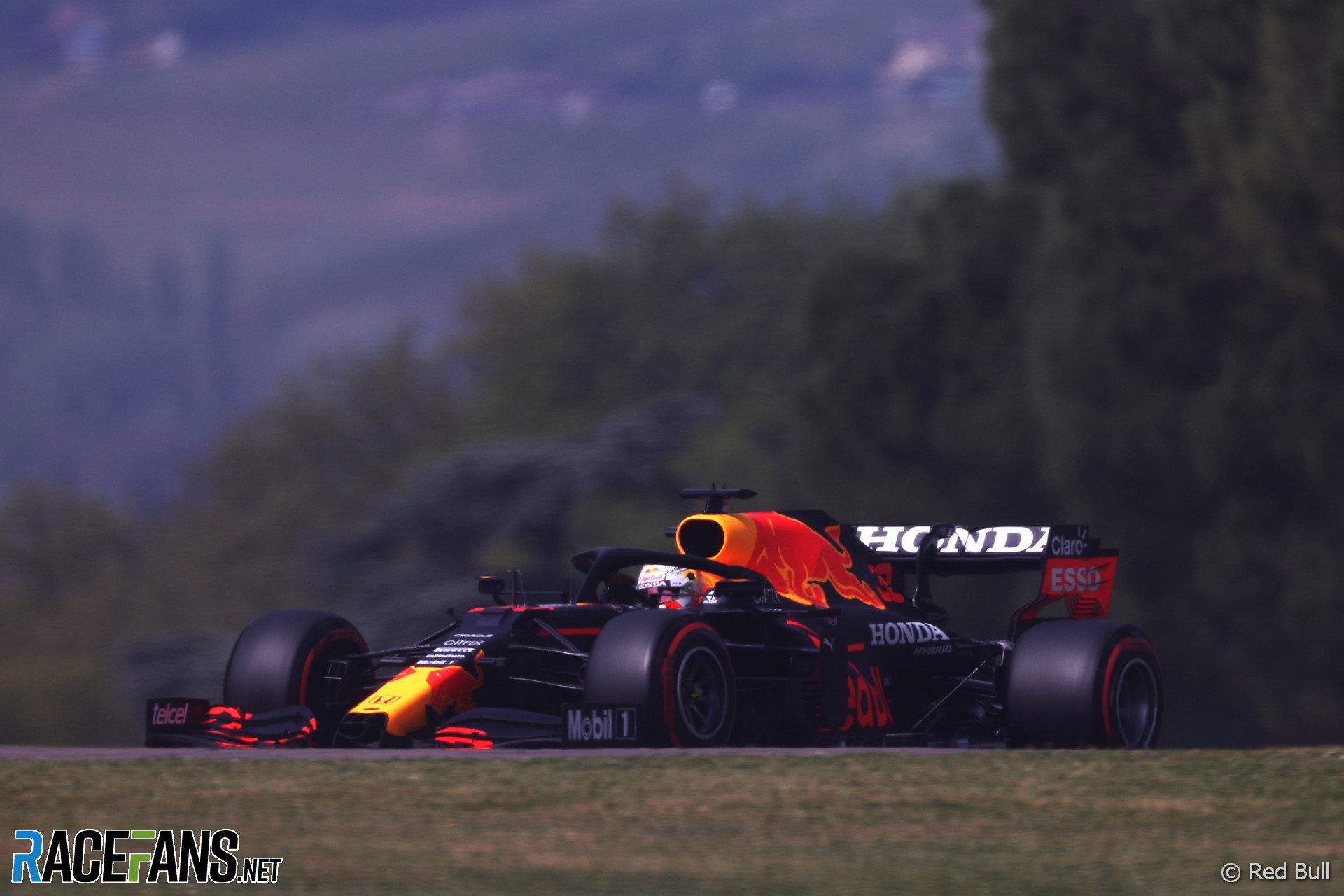 Verstappen’s 1’14.958 on soft tyres – the fastest lap of the weekend so far – was enough to see him go fastest by almost half a second from Lando Norris in the McLaren.

Lewis Hamilton set the third fastest time for Mercedes, just over half a second adrift from Verstappen’s ultimate pace, with Sergio Perez fourth-fastest in the sister Red Bull.

Having set the pace in both Friday sessions, Valtteri Bottas could only manage the eighth fastest time on the soft tyres, eight tenths off from Verstappen’s benchmark.

Pierre Gasly again demonstrated good pace in the AlphaTauri, going sixth quickest in the session while being the only driver in the top ten to set their best time on the medium compound tyres.

Ferrari had both cars in the top seven, with Charles Leclerc recording the fifth fastest time and teammate Carlos Sainz Jnr just under two tenths slower in seventh,

Aside from Verstappen’s advantage out front, it was another close session with just one second covering Hamilton in third and Nicholas Latifi in 17th.

The session was briefly halted just before the half-hour mark when Latifi ran wide on the exit of the Villeneuve chicane and hit the barriers, damaging his front wing. The Williams driver was able to drive back to the pits for repairs before rejoining the session.

Despite the relaxing of track limits at Acque Minerali overnight, there were a plethora of lap times deleted for track limit infringements, particularly at Piratella. Verstappen, Bottas, Norris and Fernando Alonso were among the many drivers who had times taken off the board for running too wide.

Kimi Raikkonen had a brief excursion through the gravel at the Rivazzas but was able to safely rejoin the circuit and return to the pits. His Alfa Romeo team mate Antonio Giovinazzi had a bizarre spin at the Tamburello Chicane on an outlap, before complaining of excessively cold tyres.