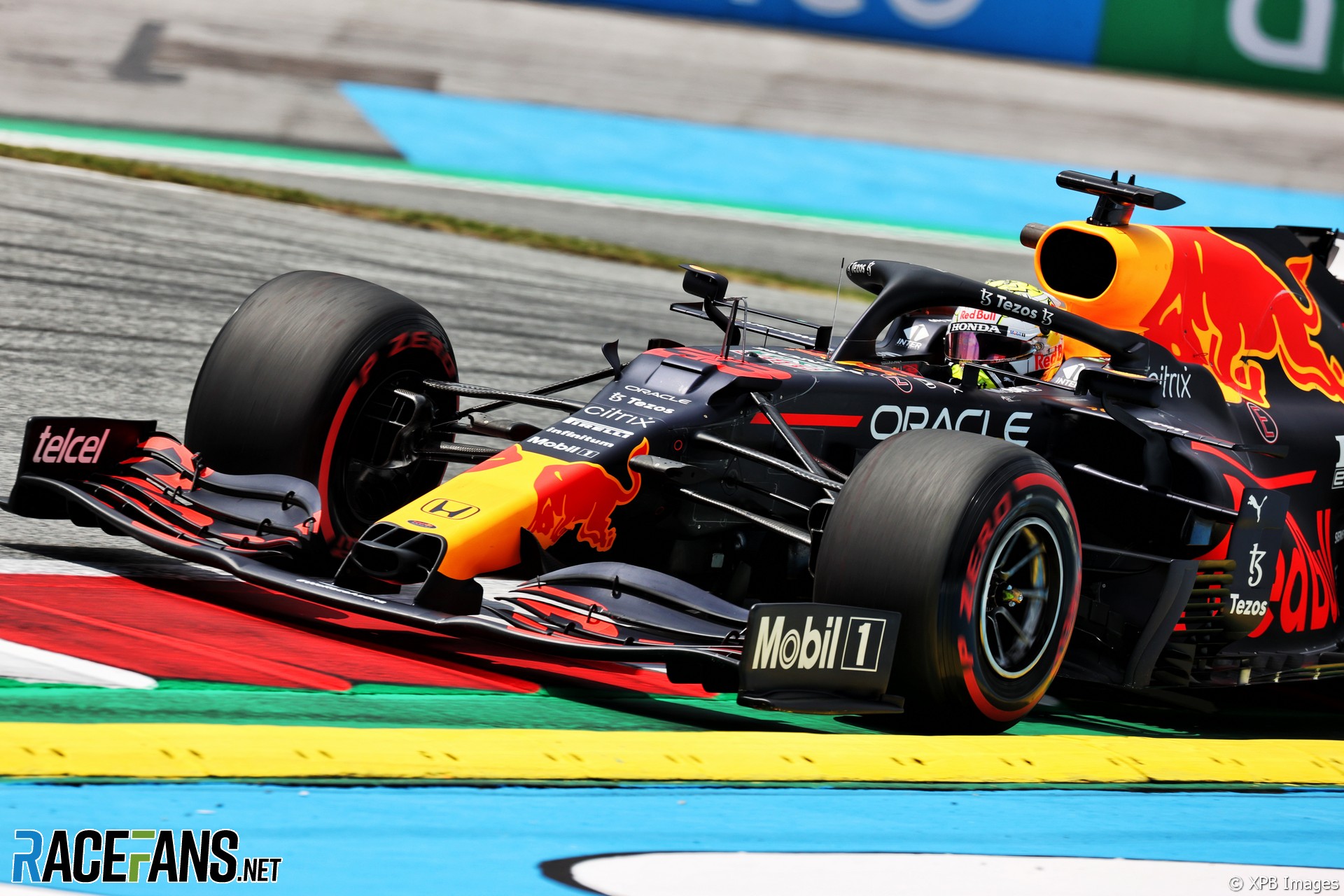 Max Verstappen remained on top in the second practice session for the Styrian Grand Prix.

However the stewards are investigating a bizarre incident involving Valtteri Bottas, who spun his Mercedes while leaving the pit box. He came to a stop in front of the McLaren pit box.

A group of his rival team’s mechanics helped Bottas continue on his way. But McLaren made it clear to race director Michael Masi they were unimpressed with his driving. “Michael that’s absolutely ridiculous,” said McLaren’s team manager Paul James. “He could have taken our guys out there, and the pit wall.”

After a very strong showing in first practice, when he was second-fastest, AlphaTauri’s Pierre Gasly was prevented from running in the afternoon session after Honda spotted a potential problem in the data.

Drivers got their qualifying simulation runs in relatively early in the session, possibly concerned about dropping track temperatures or the arrival of more rain.

Verstappen’s 1’05.412 was comfortably the fastest time, however drivers were generally faster than in the morning session with seven setting times below 1’06.

Among those were both Alpine cars and both McLarens. Sebastian Vettel set the sixth-fastest time for Aston Martin, team mate Stroll just outside a 1’06 by only 0.79 of a second.

Sergio Perez and Valtteri Bottas ended the second hour some distance back from their team mates. Perez was ninth-fastest and more than half a second slower than Verstappen. Bottas, after his spin, was 12th and more than four tenths of a second off Lewis Hamilton’s time.

Carlos Sainz Jnr had another spin, this time at turn four, having briefly blocked the pit exit in the morning session. Again, he was able to keep going with the session it showed the early, greasy conditions could catch drivers out.

Antonio Giovinazzi had another strong session, finishing 10th-fastest and the top Ferrari-powered car in the times again.

Despite concerns rain would disrupt proceedings, it never fell hard enough to force drives to move from slick tyres to anything else. Track temperatures were similar to those seen in the morning session. At the start of the hour it was 21C air temperature and 41C on the track, just a few degrees lower than in first practice.