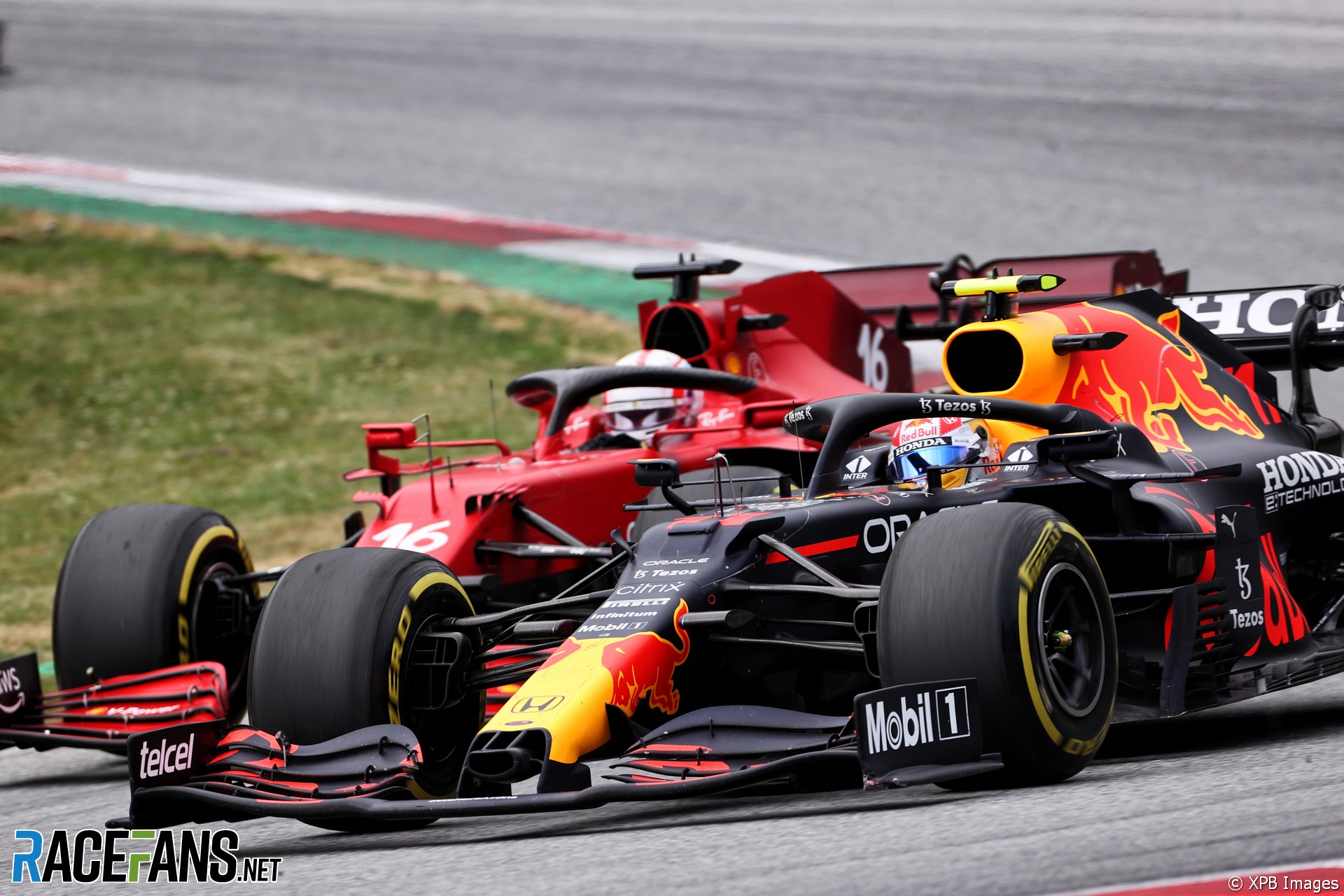 Sergio Perez said he was “not happy with myself” after collecting two penalties for forcing Charles Leclerc off the track.

The Red Bull driver collected a pair of five-second time penalties after incidents between the pair at turns four and six.

“With Charles I’m very sorry because it’s not the way I like to race,” said Perez. “I’m not that type of driver that races that way.

“We were in very dirty air, on very hot tyres, very hot brakes and we were just trying to brake as late as possible. Obviously I haven’t seen the incidents but I’m very sorry if I ended up affecting his race because Charles is a driver that races very hard but always on the limit and I’m the same. So I’m not happy with myself in that and I just move on.”

Perez spoke to Leclerc after the race. “Basically I said what happened from my side,” he explained. “But obviously it’s not enough, it’s not nice when you have this type of issues but he knows from my side that I’m not that type of driver and I’m comfortable with myself.”

The Red Bull driver was also forced off the track on the third lap of the race, following the Safety Car restart, by Lando Norris. The McLaren driver was penalised for the collision.

“Basically with Norris it’s lap one, he got away with it, he didn’t have any damage,” said Perez. “But obviously next time can be very different and it’s only lap one. I felt that I was ahead and he just ran me off the circuit which wasn’t fair enough in racing.”

Norris dismissed his rival’s criticism, saying his attempt to pass him around the outside of turn four had been “stupid”.

After finishing third, the McLaren driver said he “we should have been [in] second place” but for the five-second time penalty which he served at his pit stop.

“I thought that lap one was just racing really,” said Norris. “He tried to go around the outside which is a bit stupid, and he ran off the track himself. I didn’t even push him, so I don’t know.”