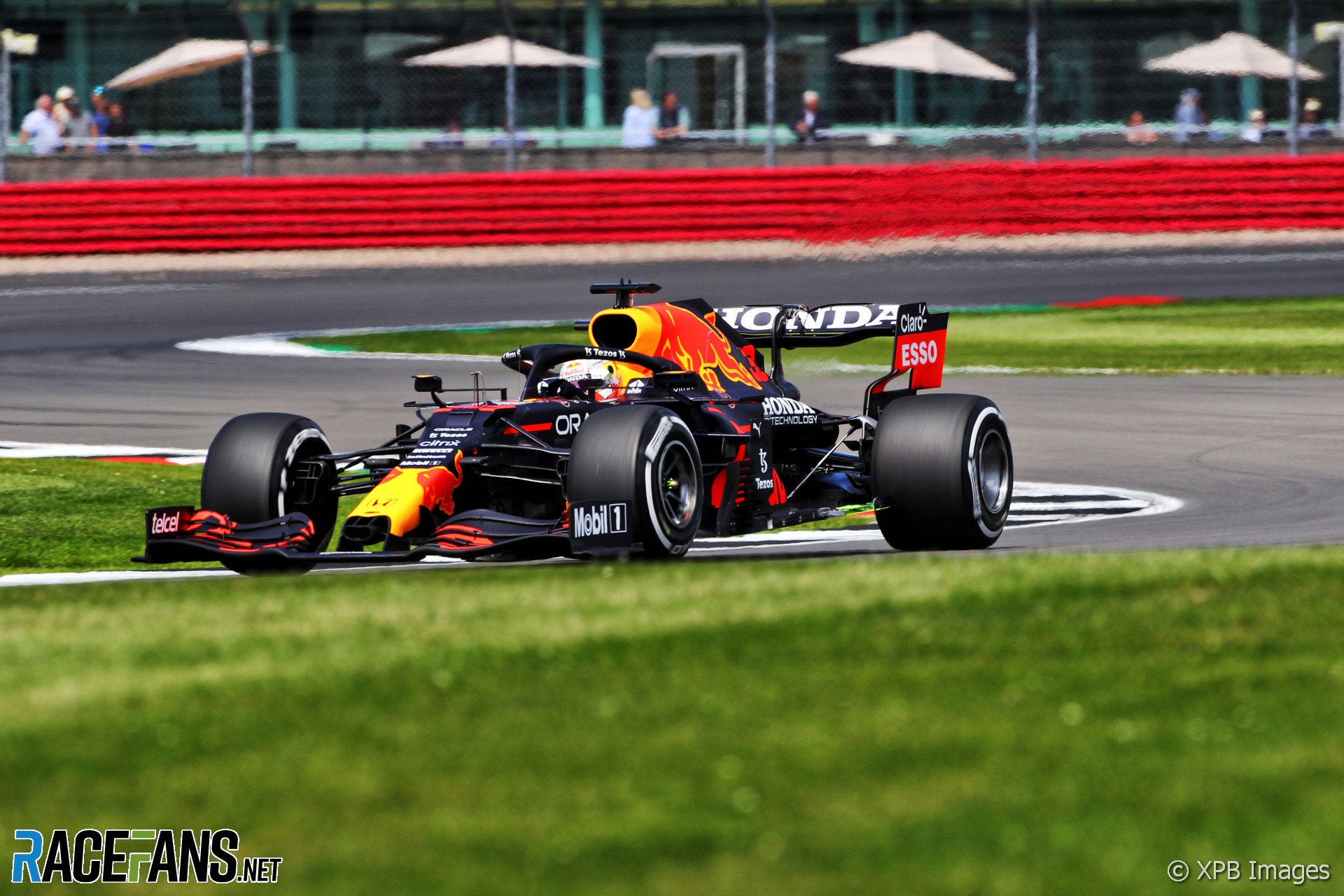 No one could get within three-quarters of a second of Max Verstappen in the only practice session before qualifying for the British Grand Prix.

The Red Bull driver ended the first hour of practice – held, unusually, in the afternoon – 0.779 seconds ahead of Lando Norris. Verstappen’s championship rival Lewis Hamilton was one-thousandth of a second further behind in third.

“Seven tenths?” Hamilton replied on his radio when told of his deficit to the championship leader. “Where does that come from?”

Mercedes had an early lead in the session, with Hamilton initially topping the times and Valtteri Bottas behind him in second. However, even then the Red Bull cars were third and fourth fastest and that was having set their own times on hard tyres, to the Mercedes drivers’ medium tyre laps.

Verstappen got – and kept – the upper hand on his first medium run, becoming the first driver to dip into the 1’27 times. Sergio Perez was initially able to match him for second but slipped further down the pack as the session went on, running what seemed to be a longer stint programme.

Part-way through a medium tyre stint Hamilton complained about blistering on his front right tyre. At the time, he had done 14 laps on the tyre but went on to complete a 21 lap run on the set.

Although Hamilton did improve his time towards the end of the session, the fastest Mercedes-powered driver was Lando Norris, who beat Hamilton by a thousandth of a second. Norris still had a gap of 0.779 seconds to Verstappen’s time but showed he remains a threat to frontrunners in qualifying.

Aside from one spin by Carlos Sainz Jnr there was no real error made by a driver. However, some seemed misplaced in the order. Lance Stroll finished 18th fastest and a second-and-a-half behind team mate Sebastian Vettel, who was seventh-fastest. At the end of the session, Stroll said on radio that he had “no confidence in the car.”

George Russell set the slowest time posted, however the lap time he had deleted for a track limits infringement would have put him ahead of Nikita Mazepin.