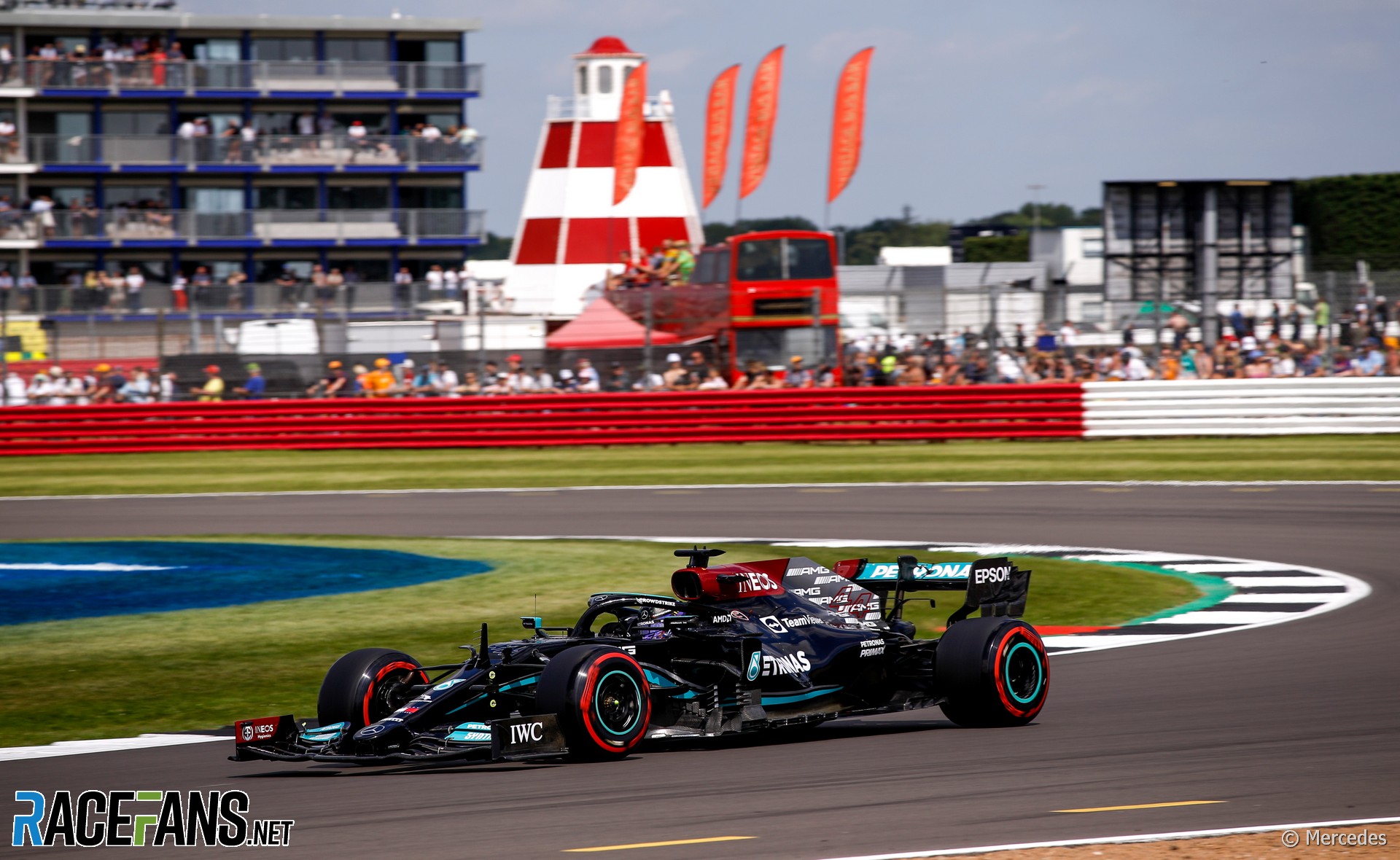 Lewis Hamilton will start Formula 1’s first sprint qualifying race from pole position despite an error at the end of his final lap in qualifying.

The Mercedes driver beat a frustrated Max Verstappen, who had been quickest by far in the single practice session ahead of qualifying.

The first runs in the opening part of qualifying hinted at the possibility Mercedes had found something to cut into the daunting seven-tenths of a second margin which Red Bull led first practice by. As track temperatures fell from 48C to the high thirties, the two W12s easily beat Sergio Perez’s 1’27.788. Hamilton was over six-tenths quicker, Perez having gone wide at Club.

Then Verstappen emerged from the pits and easily reasserted Red Bull’s superiority. Not quite by the seven tenths margin from practice, but still by nearly half a second, despite a lairy moment of his own at Club. “Well caught,” race engineer Gianpiero Lambiase commented.

Shortly after the leaders completed their first runs, others began their second, and many produced quicker times as the track continued to rubber in and the heat continued to fade. Fernando Alonso put his Alpine fourth behind Verstappen and the Mercedes. Antonio Giovinazzi, whose first run was also promising, moved up to eighth, less than two-tenths away from Perez.

As the final runs began both Aston Martin drivers had fallen into the drop zone and needed improvements from their final runs to proceed. They made it – Sebastian Vettel jumping to 10th, Lance Stroll squeaking through by just two-hundredths of a second in 15th.

Stroll’s passage to Q2 came at the expense of Yuki Tsunoda, who said before the day began that the greatly compressed practice time would make it harder for him to get the best from his car in qualifying. Fellow rookies Mick Schumacher and Nikita Mazepin also dropped out in Q1 in their usual places at the bottom of the times, the latter also spinning.

Kimi Raikkonen’s poor run in qualifying this year continued with another defeat to his team mate and his sixth Q1 elimination. Nicholas Latifi’s session also ended in the first round as the home crowd cheered George Russell’s arrival in Q2 again.

While that was going on, Hamilton produced a quicker lap to almost match Verstappen’s best time, the pair ending the session separated by three-hundredths of a second.

The championship leaders headed the times again after their first runs in Q2. All 15 drivers used the soft tyres, which were mandatory throughout qualifying under the new rules for this weekend.

Hamilton used his red-walled tyres to set a 1’26.602. Verstappen remained strong at the end of the lap, but only by enough to edge the fastest time by less than a tenth of a second. Hamilton also found more time in the first sector on his way back to the pits.

Their team mates were next, though Perez’s deficit to his team mate was over half a second. They were followed by Vettel, Daniel Ricciardo and the Ferrari pair, Carlos Sainz Jnr pipping his team mate despite Charles Leclerc taking a tow from a slowing Fernando Alonso on the Hangar straight.

Pierre Gasly, Russell, Alonso, Stroll and Giovinazzi began the final runs at risk of elimination. Only one of them made it through – and to the obvious joy of the home crowd, it was Russell. The cheer which went up when he took seventh was louder than the reaction to Hamilton producing a quicker time to head the session with a 1’26.023.

Both McLaren drivers made it into Q3, Ricciardo ahead of Norris. The latter scraped though by just two-hundredths of a second, ensuring all three home drivers reached the final 10.

“Let’s not give those guys a tow,” commented Hamilton as he left the pits to begin his final run with his championship rival in his mirrors. But Verstappen, who had been unhappy at completing his last Q3 lap in Austria without a tow, remained in range of Hamilton as they began Q3.

It didn’t do him much good, however. Hamilton produced a 1’26.134 – a tenth of a second off his best from Q2, but better than Verstappen could manage. As the track temperatures continued to fall, the Red Bull driver was struggling with his car’s front end, and his pace at the end of the lap had gone.

“I have no front tyres to finish the lap, it’s insane,” he said on the radio. “I just don’t get what’s going on. The car is good but she’s understeering to the moon. And it seems like the front wing is doing nothing.”

Perez remained a similar gap behind his team mate in fourth, the pair separated by Bottas. The McLaren drivers were next.

Russell left it until later to do his single run free of traffic and bagged seventh place ahead of the Ferraris. Vettel’s time was deleted after he ran wide at Stowe.

Hamilton made a flying start to his final lap, setting a flying pace through the opening sectors, running in the slipstream of Bottas. But he nearly threw it away as he arrived at Vale, sliding wide, and throwing away the gains he had made.

“My heart was in my mouth as I came across the line,” he admitted. It was enough for pole – just. Verstappen cursed repeatedly after improving his time by a tenth of a second, yet still falling short of Hamilton’s earlier mark.

The McLaren drivers fell back to sixth and seventh, while Russell stayed ahead of Sainz and Vettel, and will begin F1’s first sprint qualifying race from eighth on the grid.