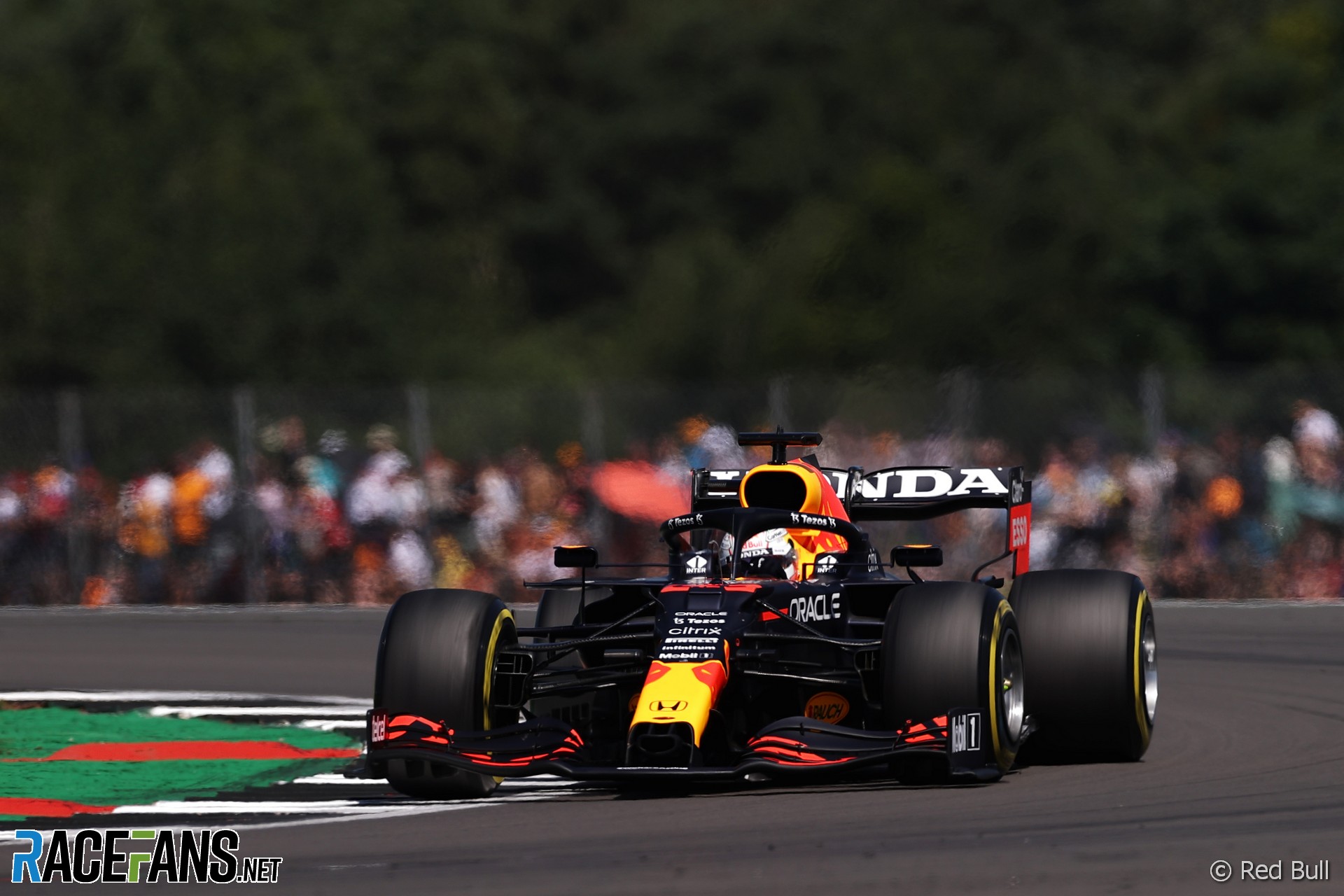 Max Verstappen was quickest in the second and final practice session for the British Grand Prix at Silverstone.

Track conditions were slightly cooler than Friday morning’s first session as the second and final practice got underway.

With cars locked under parc ferme conditions meaning no adjustments were permitted for the teams, longer race simulation runs proved the order of the day.

There was plenty of track action for the tens of thousands of fans around the Silverstone circuit, with teams testing the long run performance of each of the three compounds ahead of the first ever sprint qualifying session this afternoon.

Just over halfway through the session, the Red Bull pair of Verstappen and Sergio Perez sat atop the timing screens with the two AlphaTauris of Pierre Gasly and Yuki Tsunoda sitting third and fourth after their disappointing qualifying performance on Friday.

Eighth-place sprint qualifying starter George Russell noted how the wind was more pronounced on his way to setting the 11th fastest time of the session.

Valtteri Bottas was called into the pits to remove a suspected visor tear-off that had been caught on his rear-left wheel deflector. After the team removed the debris, Bottas was released to continue his run.

Lando Norris had several lap times deleted for exceeding the track limits at Copse and Stowe corners. Antonio Giovinazzi also had a lap deleted for a similar infraction.

As Verstappen opted for a run on the hard tyres in the closing minutes, the two Ferraris improved to go second and third fastest.

After taking the chequered flag at the end of the session, Bottas spun his Mercedes into The Loop, recovering safely but flat-spotting his tyres in the process.

Esteban Ocon set the fourth fastest time, after doing a long run on soft rubber. That put the Alpine ahead of Peres and the two McLarens of Norris and Daniel Ricciardo. The two Mercedes finished the session in eighth and ninth place, with Hamilton and Bottas respectively.

23 comments on “Verstappen quickest in final practice before sprint qualifying”