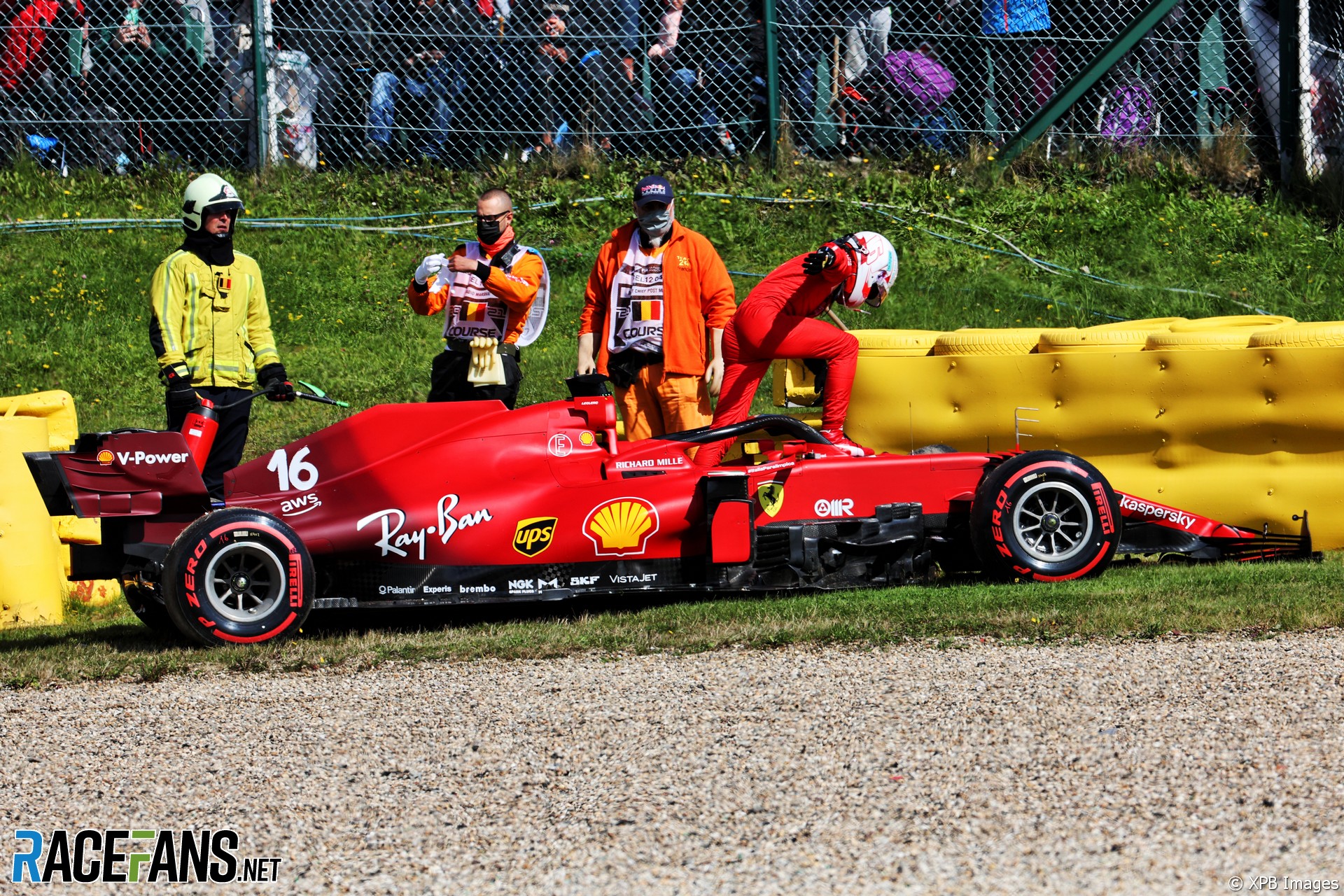 Charles Leclerc downplayed the crash which curtailed his running early in the second practice session for the Belgian Grand Prix.

The Ferrari driver lost control of his car going through Les Combes, clipping the wall with his left-front tyre and ending up in the gravel. His Ferrari went no further and he finished the afternoon practice session 18th-fastest.

Leclerc said it been a “very tricky day for everyone because of the conditions”. Occasional brief rain showers made for changeable track conditions at Spa. “But we have one night to work on the car to come back stronger tomorrow.”

“Obviously, I would prefer to not end the day in the wall today, but it’s part of free practice,” he added. “I’ll try not to redo the mistakes later.”

Ferrari has had several crashes already this year. Team principal Mattia Binotto estimated the cost of damage prior to the summer break at £2.1 million.

Leclerc looked quick in the Ferrari during the morning session, setting the fourth-fastest time. “It’s felt quite good, but P2 didn’t feel great,” he said. “So we need to understand because we didn’t change much on the car, so there’s definitely plenty to understand and hopefully we’ll do a good enough job.

“But I am confident that we will be able to do a good enough job to understand what went wrong in FP2 to be better tomorrow.”