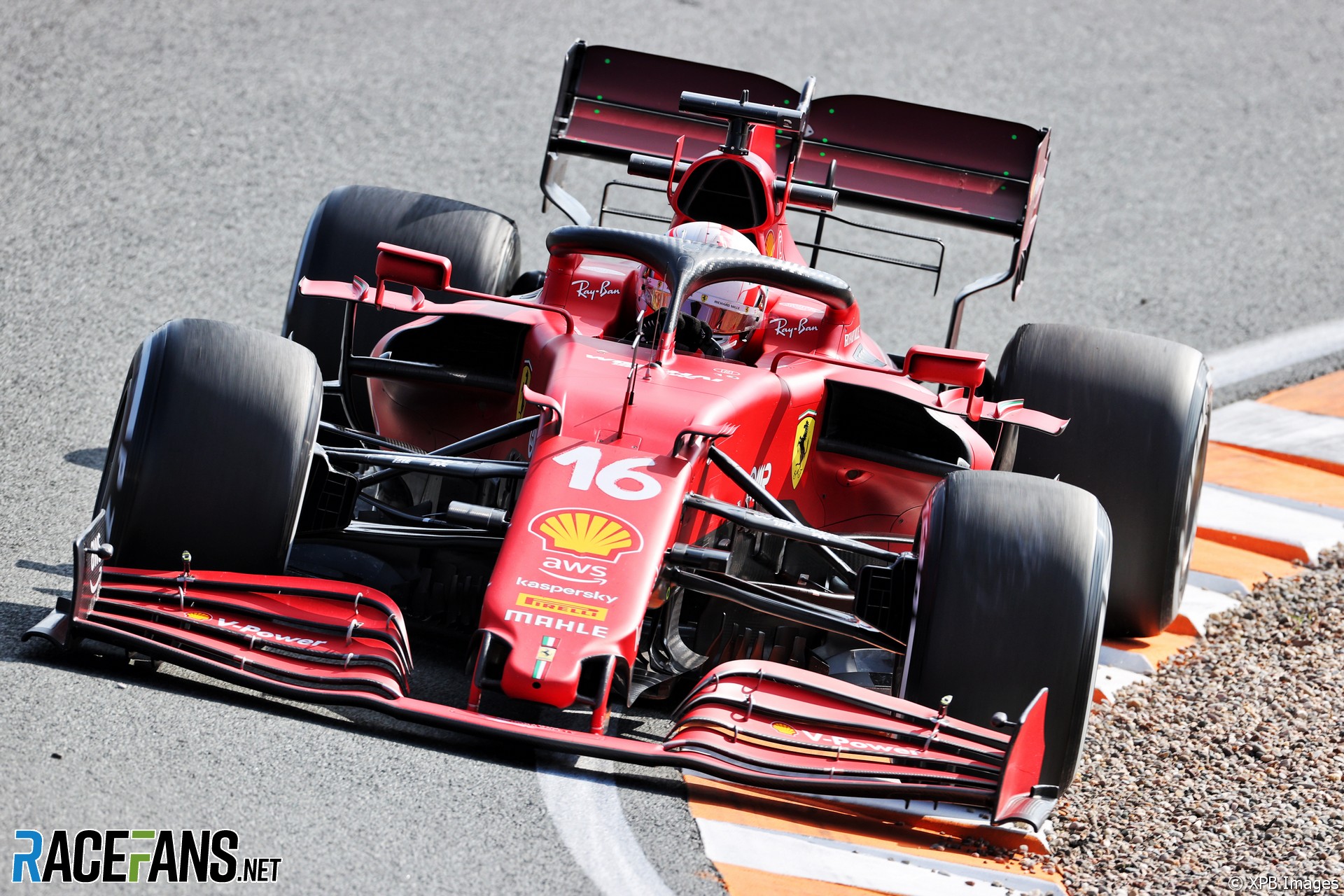 Ferrari headed the times at the end of the second practice session for the Dutch Grand Prix, as more red flags disrupted the afternoon’s running.

The first was caused by Lewis Hamilton as the Mercedes driver suffered a power unit problem and came to a stop at Scheivlak. It was the second problem for a Mercedes-powered driver this weekend, following Sebastian Vettel’s stoppage in first practice.

The second red flag came when Nikita Mazepin spun into the gravel at the Hans Ernst bend. That prevented Max Verstappen from completing his qualifying simulation run, and he ended the session fifth-fastest.

Despite the apparent similarity of Hamilton’s fault to Vettel’s power unit problem during first practice, Mercedes said at the time that there was no indication the two were related. At the end of second practice, they confirmed an oil pressure problem had halted the world champion.

Practice had started five minutes late due to over-running track clearing work. But following the 38-minute disruption to the morning session, race control agreed to add that lost time onto the end of the allotted hour. However the time lost for Hamilton’s stoppage was not recovered, nor was it following a further red flag later in the session.

Running was restarted after a relatively short break, cars heading back out into fairly dense traffic as teams competed to find space to run their programmes.

The second red flag came when Nikita Mazepin spun into the gravel at the Hans Ernst bend. That prevented Max Verstappen from completing his qualifying simulation run, and he ended the session fifth-fastest behind Esteban Ocon and Valtteri Bottas.

“It’s insane,” commented Verstappen at the time, “I just can’t get a lap in.”

Although the session restarted for the second time with a short window for qualifying simulations still, only Ferrari were really able to make the most of it. Charles Leclerc had the better of Carlos Sainz Jnr by just over one and a half tenths on their soft tyre runs.

Fernando Alonso was just behind Verstappen, Alpine’s pace looking encouraging around Zandvoort. Meanwhile AlphaTauri, McLaren, Alfa Romeo and Aston Martin were only able to get one of their cars into the top 10.

Despite only running three laps, early in the session, Hamilton was 11th fastest, ahead of Sergio Perez in the second Red Bull.