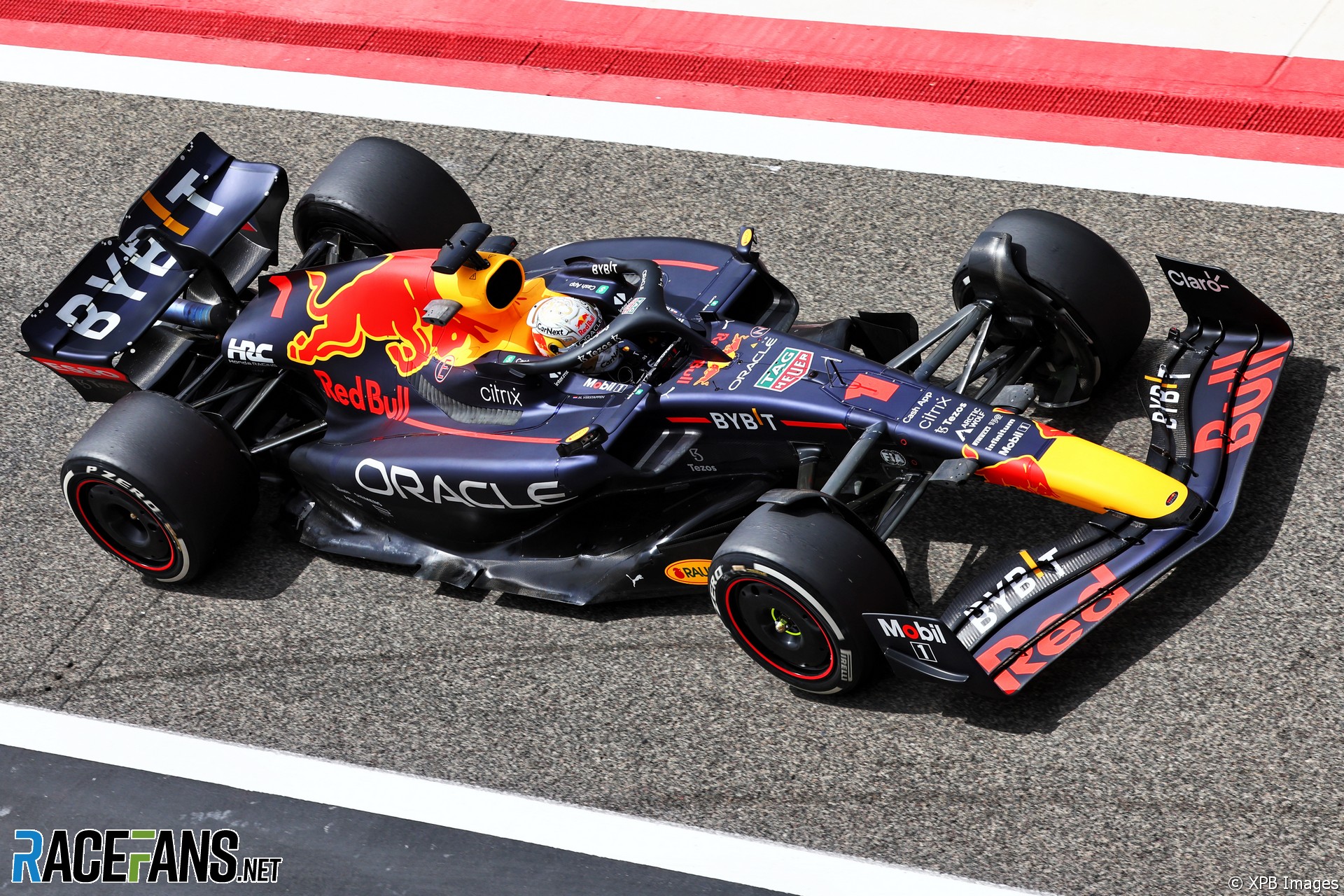 Red Bull declared themselves pleased with how competitive their RB18 was on the penultimate day of testing.

Max Verstappen covered 86 laps and set the third-best time with a lap of 1’34.011. Head of race engineering Guillaume Rocquelin said they had been able to post promising lap times without wringing the maximum from their car.

“It was more of a stop-start day today, mostly by design,” he explained. “We had a good continuous run yesterday, so today was more about exploring and testing different things.

“We spent more time in the garage making changes to the car and also taking more risks. We learned a lot and gathered a lot of information today.

“I’m quite happy with what we found out, we are progressing in different directions and it’s all very positive. We were reasonably competitive at the end without even trying.”

Sergio Perez revealed the team will bring further upgrade parts to its car for the final day of testing tomorrow, when he will share driving duties with his team mate.

Verstappen said he wasn’t drawing any conclusions about the team’s performance after setting his best time on C4 tyres, which have not seen selected for next week’s race at the Bahrain International Circuit.

“We did as good a job as we could today,” he said, “it was very warm and there were quite a few red flags. It was quite a good day, all pretty standard and we put quite a good amount of laps on the car. We won’t really use these tyre compounds for the race so again, it’s not really representative.”

He had a brief on-track encounter with Carlos Sainz Jnr, who set the quickest time of the day while all cars were lapping.

“It was fun to have a little battle with Carlos,” said Verstappen. “I think he was on a long run with more fuel and I was on a shorter run and once I caught him he started using DRS, I think he wanted to race as well.”

“So far the car is pretty good but there are always areas to work on,” he added.