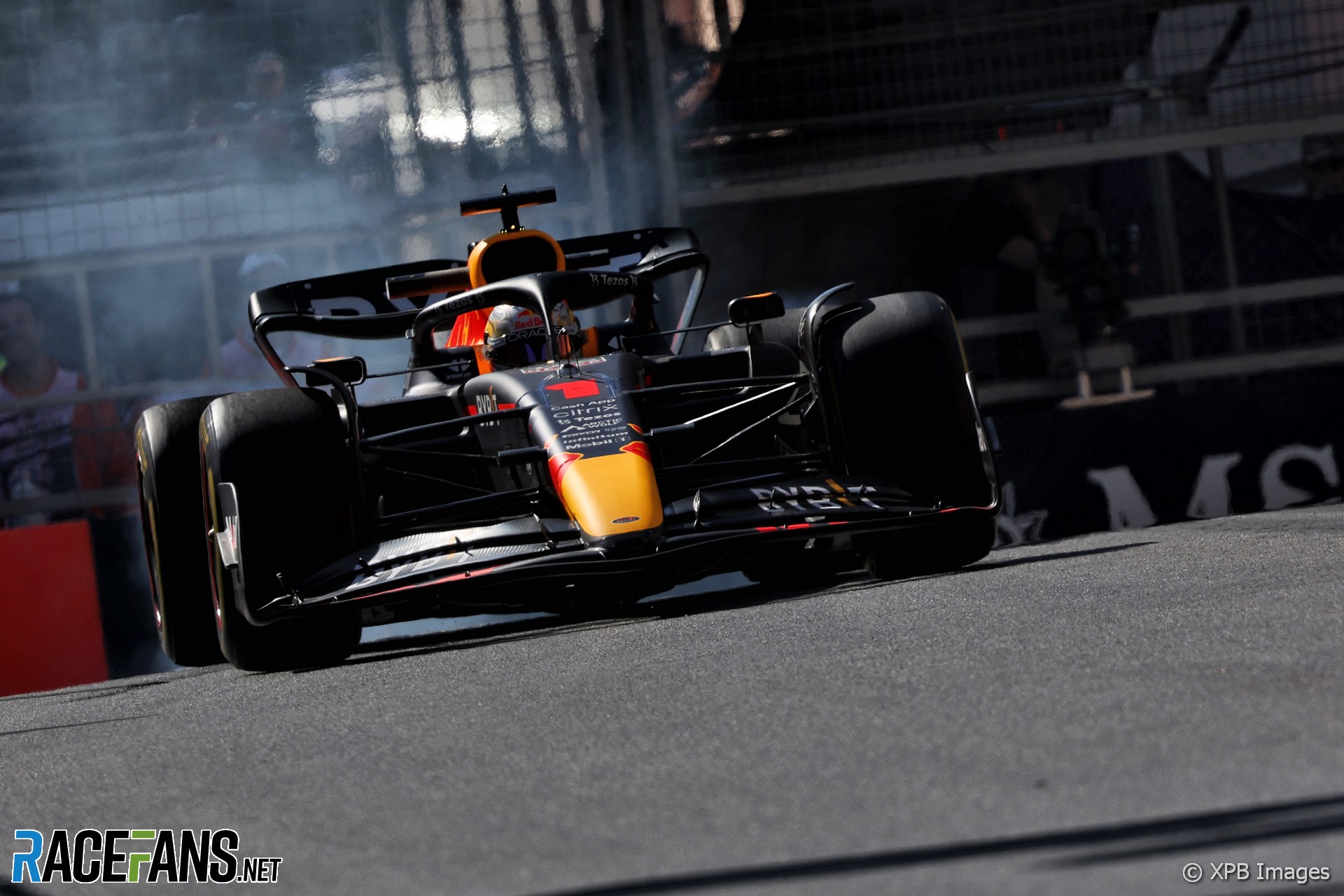 Red Bull team principal Christian Horner is confident the team will be able to solve the latest DRS problem Max Verstappen suffered in the first practice session for the Azerbaijan Grand Prix.

Verstappen’s DRS flap began vibrating at high speed during the opening hour of practice for this weekend’s race at Baku City Circuit, which features an especially long and bumpy acceleration zone. Red Bull brought his car and that of team mate Sergio Perez into the garage for checks.

Verstappen experienced problems with his DRS during the Spanish Grand Prix, which hindered his efforts to overtake George Russell. Horner indicated a difference between the specification of their two cars may explain the problem Verstappen encountered today.

“Weight is always a critical factor and you’re chasing that, obviously, all over the car,” he said. “There was a difference between the cars so we just need to look at the set-up of it and the rigidity of it and hopefully we can get on top of it for this afternoon.”

Red Bull also encountered DRS problems at the end of last season, though the changes to the technical regulations since then means the team’s current design is now significantly different.

Some of Red Bull’s rivals have already raised queries with the FIA about the wing’s behaviour, said Horner, but he denied the flap’s movement improved the car’s performance.

“It’s detrimental to performance,” he said. “It’s not enhancing the performance, but the guys are into it and hopefully we’ll get it resolved for the next session.”

“It always seems to be on Max’s car for some reason,” he added. “So we need to get on top of it. I think we understood the issues from Barcelona and hopefully we can tune this out for the next session.”