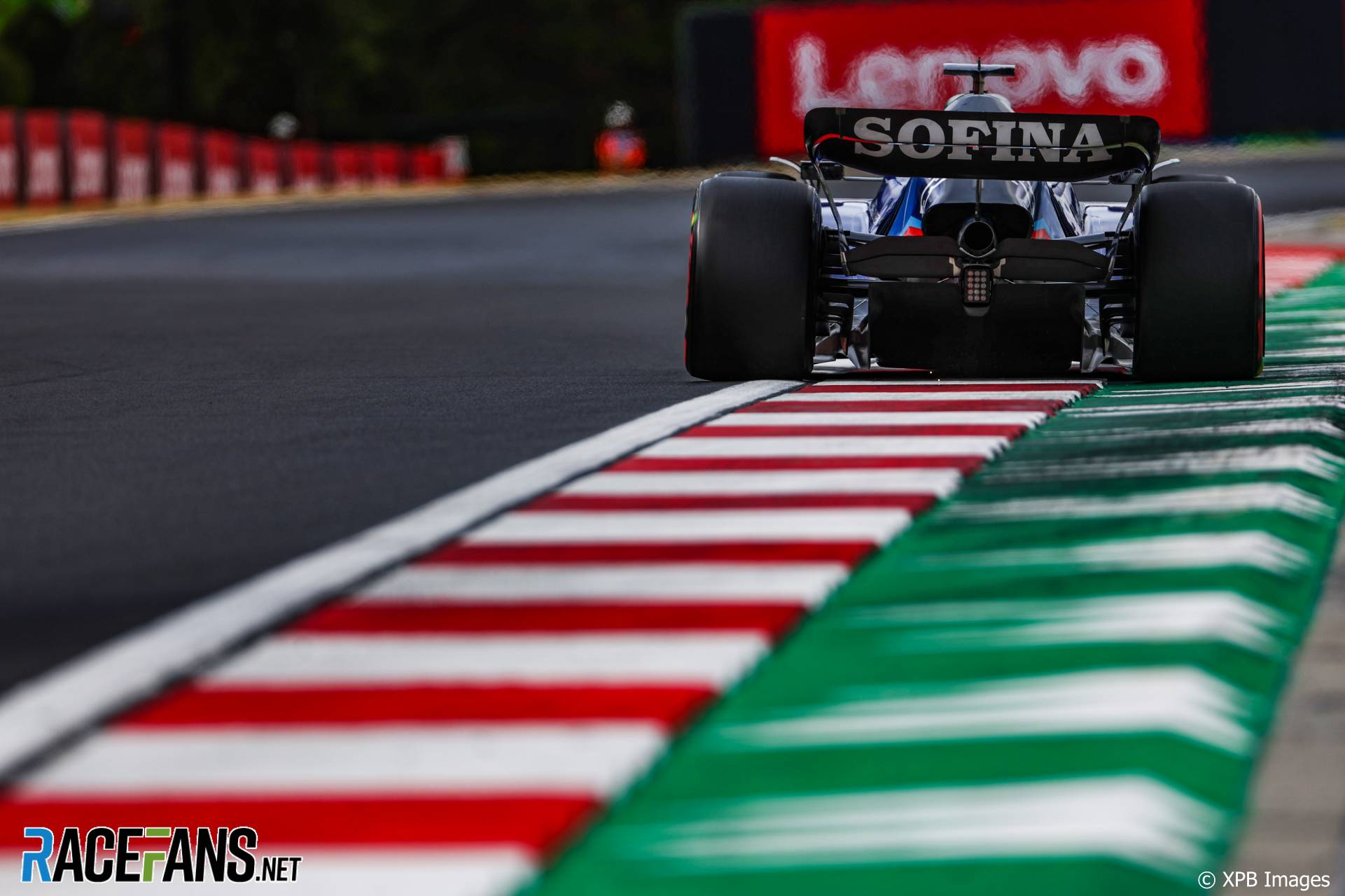 Max Verstappen says Formula 1’s race direction team are too reluctant to take the views of drivers on board after further complaints over track limits during qualifying for the Hungarian Grand Prix today.

The Red Bull driver was one of only four who had a lap time deleted in qualifying, and it didn’t affect his starting position. However his team mate Sergio Perez had one lap time deleted, and subsequently reinstated, after flirting with the white line which marks the edge of the track at turn 15.

F1’s race directors have imposed a strict and consistent definition of track limits this year and deleted any lap times where a driver has gone beyond the white line at the edge of corners. Verstappen acknowledged this had partly come about due to feedback from the drivers.

However he said further confusion over track limits arose during yesterday’s drivers briefing. “Drivers last year said we have to be more clear and strict on what we were going to chase in terms of track limits,” said Verstappen. “But, for example, last night they started talking about turn 13, the exit, the dotted line is the track edge.

“But there’s a kerb and a white line next to it, which for me personally is the track edge. You just have so many silly little things which make it more difficult for them to police.”

He believes some of the confusion over track limits could be lessened if the race directors were more willing to take drivers’ feedback on board.

“As drivers we always want to help and give our advice, but nothing is heard,” he said. “For me that’s extremely frustrating.

“I don’t want to fight with them, I want to just advise them, but it seems like they don’t really care and they actually, for my thing, they look at us a bit like we are amateurs. I don’t think that’s correct.”

Verstappen said trying to enforce track limits by using cameras to judge whether a driver has crossed a line is less effective than relying on physical deterrents to impose boundaries.

“Most of the time when you look at onboard cameras, most of the time the camera’s on the wrong side. So the angle looks always like you’re off, but sometimes you’re not, you’re still on. So it’s very hard.

“I think we can do ourselves a favour by making it a lot easier by just adding a bit of gravel on the exits or whatever. Like Austria, for example, why do we need track limits in turn four, turn six? There’s naturally gravel and even if you go out by this much, you will penalise yourself if you just go wide. Even if you go a little wide you damage your floor anyway so your car is going slower.

“So they just make it super-hard for themselves. Of course people say just ‘stay within the white line’, but that’s easier said than done. But then again, what I said about this dotted line as well, it’s just so confusing everything.”

Perez was also involved in a confusing track limits decision in Austria where he took part in Q3 before the stewards realised the lap time which earned his progression from Q2 was achieved by violating track limits. They retroactively deleted all his times from that point, dropping him out of the top 10 on the grid.

“I just think that the system is not really up to it,” said Perez. “We have to review it and see how we can move better forwards to have some more consistency.”