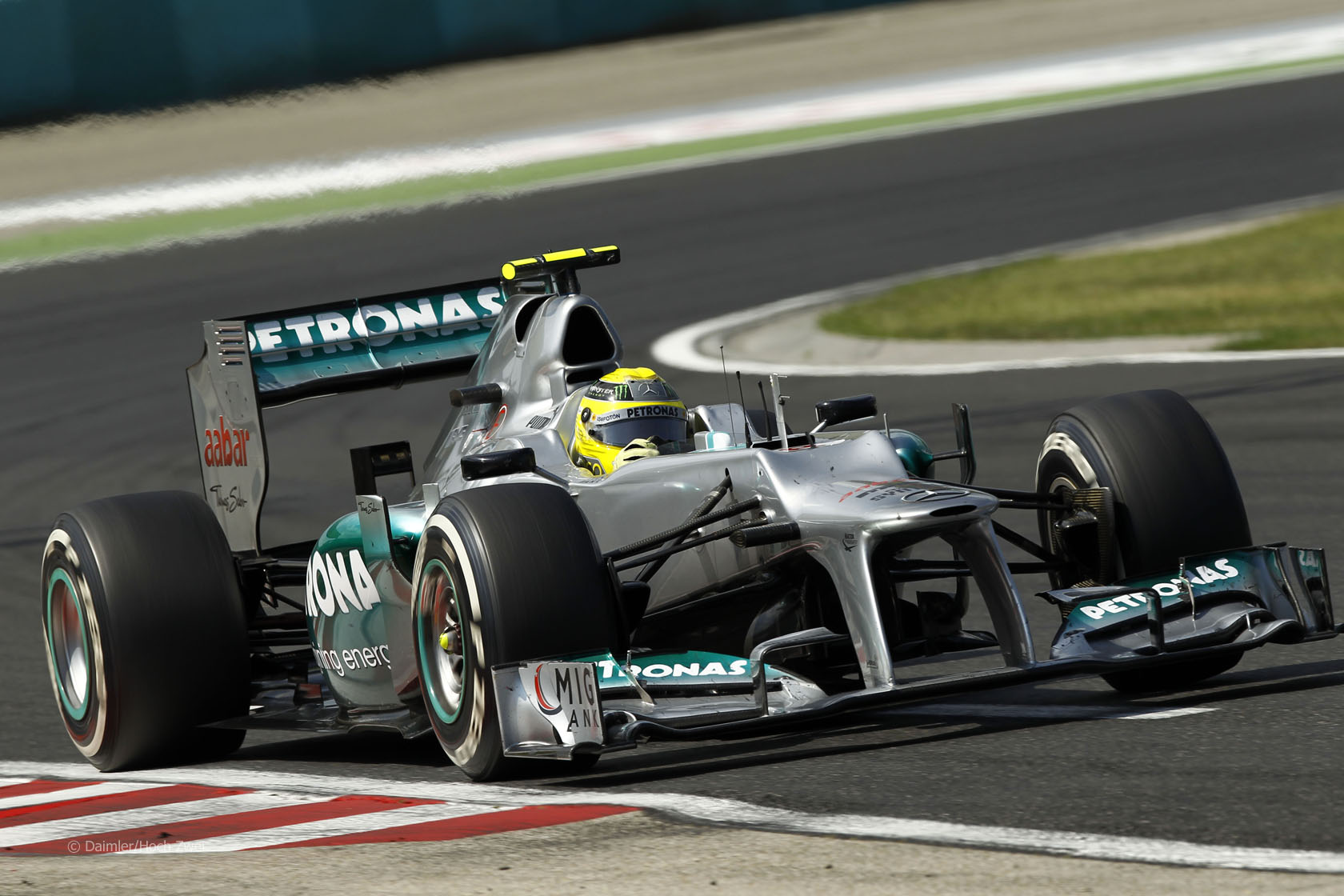 In the round-up: F1 teams agree to regulations outlawing Double DRS from 2013.

Double DRS to be banned for 2013 (Autosport)

“Following discussions at F1 rules think-tank, the Technical Working Group, sources have revealed that a majority of teams agreed for a change in regulations that will ensure they cannot incorporate double DRS into their cars for 2013.”

Lewis Hamilton: keeping trophies will be bargaining point with McLaren (The Guardian)

“In a lot of other teams, the drivers get their original trophies. As a racing driver, what you work for and what you want to take home are two things; one is your crash helmet and the other is your trophy. For me, they are priceless.”

“There will be no mid-season Formula One test in 2013, it has been announced. The teams have also agreed that there will be just three pre-season tests next year.”

“Land that is now part of the Circuit of the Americas facility is at the heart of a lawsuit filed against a Travis County investment manager and officials of the race track east of Austin.”

Lotus v Ferrari in fight for Kimi (The Sun)

“Raikkonen has refused to rule out the possibility, even though his relations with Ferrari president Luca di Montezemolo became strained during his previous stint with the team.”

“Lewis Hamilton was the happiest and most open that I’ve seen him for ages. He’s become a Twitterholic, he left the circuit embracing his dad, and he was much more approachable and not charging around the place head down, under a cap, and behind dark glasses. He answered media questions with polite charm and engagement. From Friday morning until the chequered flag on Sunday afternoon he looked like the man most able and determined to win the race, in and out of the car.”

Sauber have posted a video on their website showing Sergio Perez lapping the Circut de Catalunya. It features an interactive 360-degree camera mounted on the car’s nose.

Ted Bell on how the teams have got to grips with the tyres this year:

The Pirelli factor has made the season so far very interesting. You just didn?óÔéĽÔäót have a clue who was going to benefit from how those tires performed.

Now that the teams have really gotten a hold of how they work and how long they can last the races have become more about who really has an advantage via the quality of their race machines. If the season remains dry I think Alonso will find difficulty in holding his championship lead.

Pirelli has done a really good job, the tires they have brought to the plate have provided surprising results and have made for a very exciting season thus far.
Ted Bell

We had a brief period of down time yesterday evening for scheduled maintenance which was announced on Twitter. Further such maintenance is likely to take place during the summer break, I’ll endeavour to announce it in the round-up when possible, and will also announce it on the F1 Fanatic Twitter account.

Mark Webber won the Hungarian Grand Prix two years ago today after team mate Sebastian Vettel was handed a drive-through penalty. Vettel had failed to stay close enough to Webber during a restart behind the safety car.