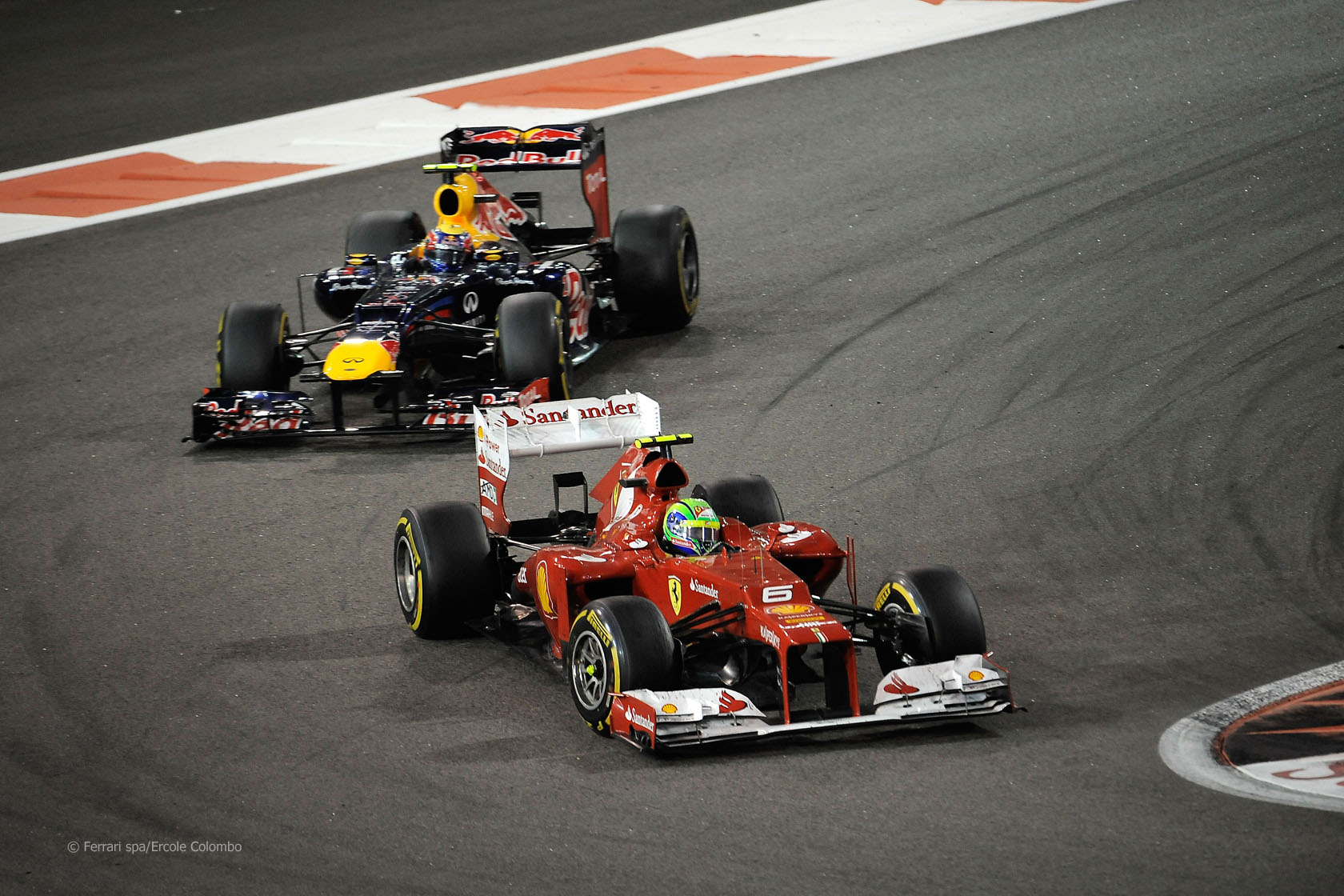 Did Ferrari and Red Bull use Felipe Massa and Mark Webber tactically to help their team mates in the drivers’ championship?

For the second race in a row one-stop strategies were the order of the day for most drivers. Sebastian Vettel pitted twice having been forced to make an early first stop after damaging his front wing. Later in the race he arrived on the tail of team mate Mark Webber, who quickly made for the pits. Did Red Bull bring Webber’s pit stop brought forward to keep him out of Vettel’s way?

It doesn’t appear so – it seems to have been a response to Pastor Maldonado’s pit stop one lap earlier and an attempt to get him back in front of the Williams following his unsuccessful earlier attempt to pass. And it worked: Webber came out ahead of Maldonado.

What about the timing of Ferrari’s pit stop for Felipe Massa? This is curious as there were at least two radio messages from Rob Smedley to Massa telling him to stay out as Massa apparently grew more concerned about his tyres.

On lap 23 Massa lost over a second to Alonso and Sergio Perez passed him on the next lap. It seems most likely Ferrari kept him out in the hope of getting him out in front of Heikki Kovalainen’s Caterham.

However keeping him on track also had tactical value in their battle with Red Bull. He could potentially delay Webber and keep him from getting back within range of Alonso. Nor was Vettel far behind Massa at this point, and he was gaining quickly.

Red Bull were the quickest team in the pits for the fifth time this year.