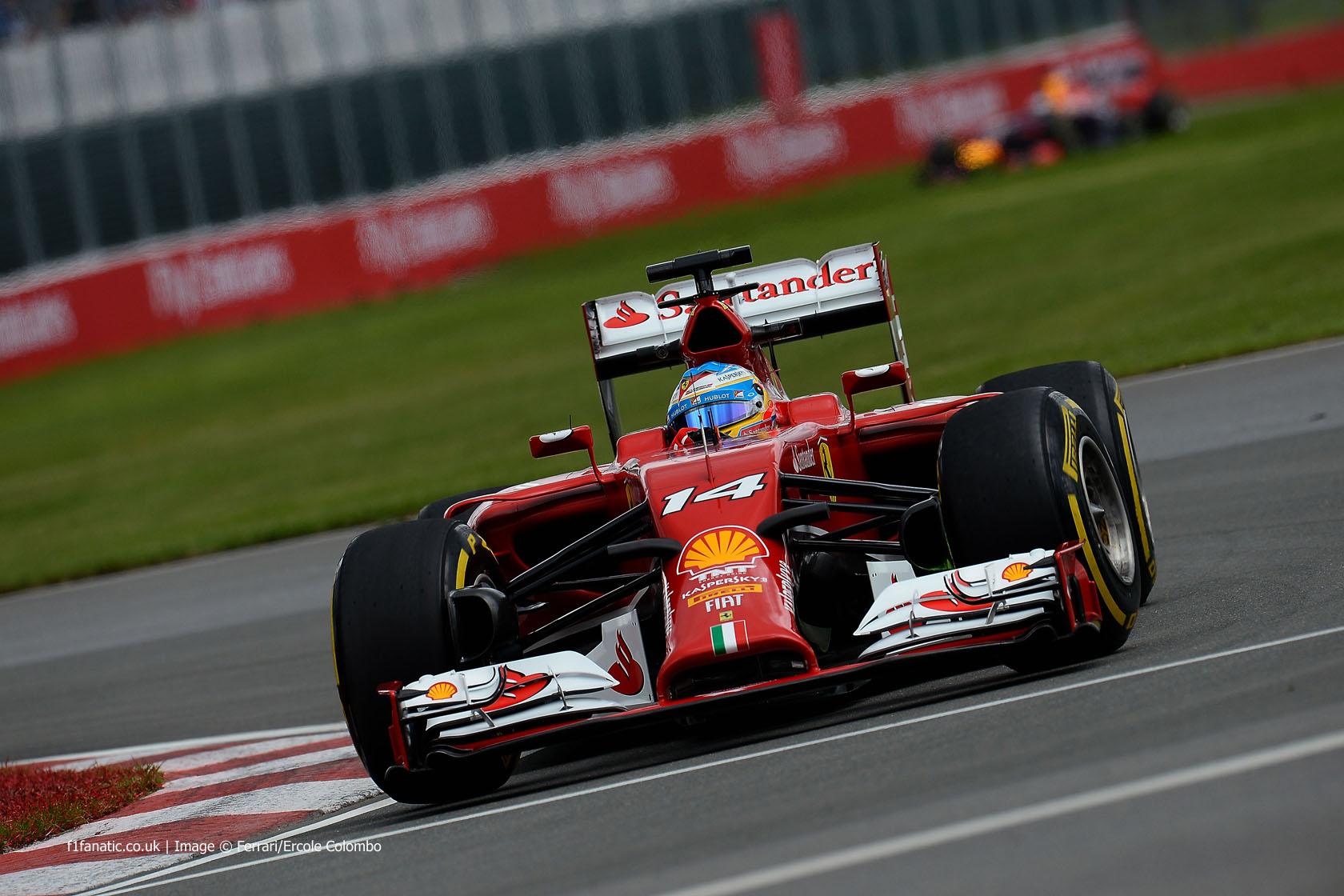 Fernando Alonso headed the two Mercedes drivers by a slender margin in the first practice session for the Canadian Grand Prix.

The Ferrari headed the times by 16 thousandths of a second ahead of Lewis Hamilton, who led much of the early running. Team mate Nico Rosberg was third-quickest, a tenth of a second off the other Mercedes.

But not for the first time this year the second Ferrari of Kimi Raikkonen ran into technical trouble. A radio message revealed the team had noticed his engine was knocking, and soon afterwards he returned to the pits for a lengthy spell. He later returned to the track and set the ninth-fastest time.

A late improvement by Daniel Ricciardo moved him up to sixth place behind team mate Sebastian Vettel and the Williams of Valtteri Bottas. The two McLarens were separated by less than a tenth of a second ahead of Raikkonen.

Jean-Eric Vergne put his Toro Rosso in the top ten despite also suffering a technical setback during the race.

Monaco points-scorer Jules Bianchi was the first driver to strike one of the Circuit Gilles Villeneuve’s notorious walls. He glanced the barrier at turn four, damaging the right-rear of his car, leaving him crawling back to the pits for repairs.

Alexander Rossi made his first appearance in a practice session this year and finished it at the bottom of the times, three-tenths of a second off team mate Marcus Ericsson.