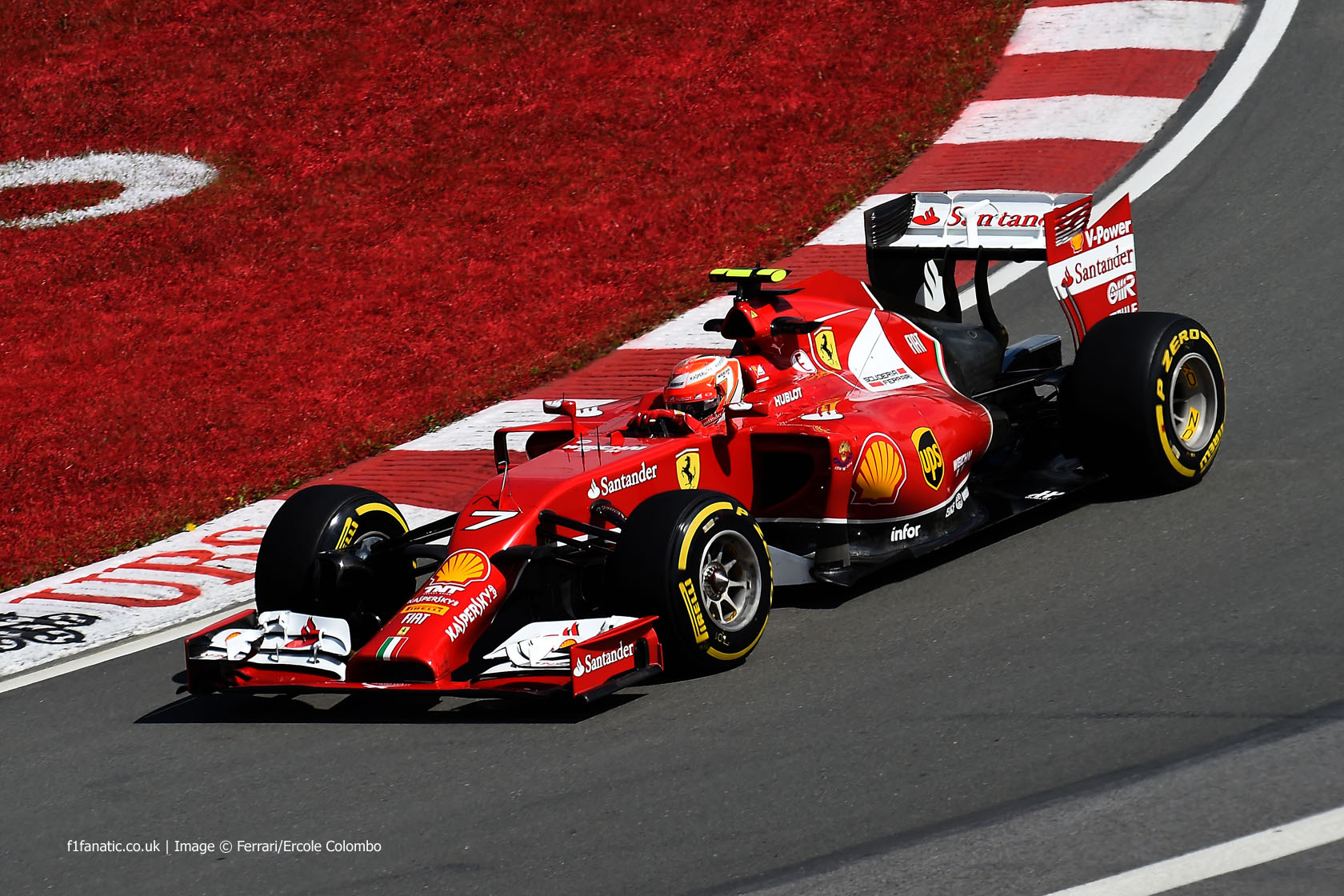 Seeing the two Mercedes drivers on top of the timing screens ceased to be a thing of novelty some time ago.

But those hoping their competition would be closer this weekend spied a glimmer of hope, as Red Bull, Ferrari, Williams and McLaren all lapped within a second of the W05s around the Circuit Gilles Villeneuve.

Part of the reason for this appeared to be that Mercedes did not find as great an increase in lap time when they switched from the soft to the super-soft tyre.

“One of our biggest jobs will be to analyse and understand why the [super-soft] tyre didn’t perform as well on our car in comparison to the [soft] and also how to manage graining on the option during the race,” said the team’s executive director of business Toto Wolff.

“It is a short lap here, which closes up the field anyway, but it feels like Ferrari might be pushing us harder this weekend.”

However we can’t discount the possibility that Mercedes ran their cars with more fuel on board for their super-soft runs. Particularly as most teams found the super-soft was easier to switch on for a flying lap.

“It seems like everyone is still struggling with tyre warm-up with the [soft], but the [super-soft] felt a lot better.” noted Valtteri Bottas. The Williams driver was on the periphery of a tightly-knit group behind the Mercedes compromising his team mate, the two Ferraris and Sebastian Vettel’s Red Bull.

“I didn’t have the perfect lap yet with the supersoft,” Bottas added, “so I think there’s a little bit more to come”.

Despite a problem with his engine in the first session, and still being “not 100% happy with the handling of the F14 T”, Kimi Raikkonen was narrowly the quicker of the two Ferrari drivers. Vettel edged his time late in the session, which will have been partly thanks to better track conditions later in the session, as grip levels at the little-used venue tend to improve rapidly.

Vettel, who was the pole sitter at this race for the last three years, was also higher up the speed chart than usual for Red Bull. The fastest cars clocked top speeds 10kph (6.2mph) higher than last year, thanks to the new V6 turbo engines.

14 comments on “Mercedes wary of Ferrari advance in Canada”