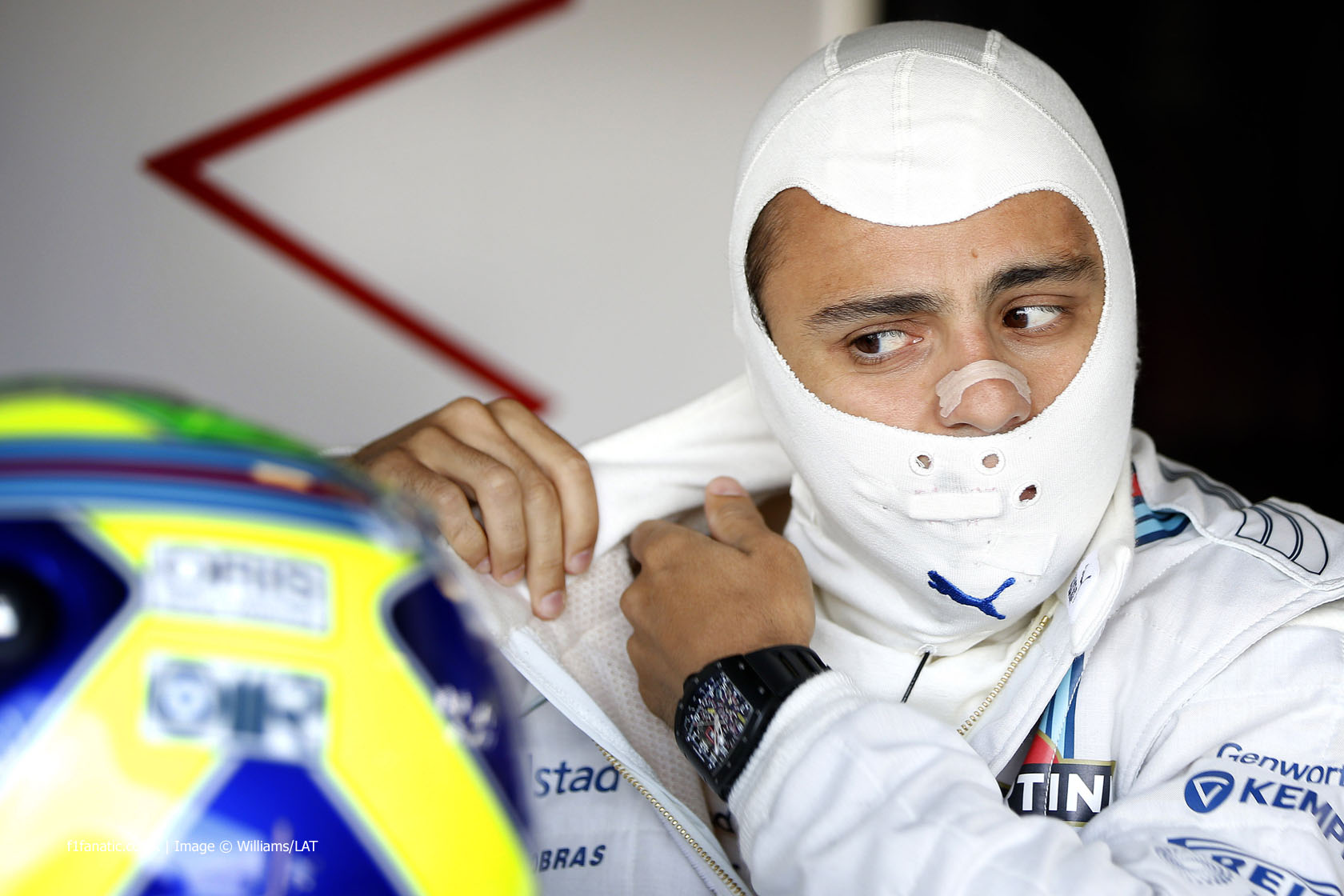 Felipe Massa bounced back from his disappointing British Grand Prix weekend by leading the time on the first of two days of testing at Silverstone.

The Williams driver set a best time of 1’35.242, seven-tenths of a second off the quickest lap during the race weekend.

Daniel Ricciardo was second-fastest for Red Bull, just six-thousandths of a second off Massa’s best, followed by Nico Rosberg’s Mercedes.

Marussia covered 108 laps – more than two race distances – only for Jules Bianchi to stop on the track near the end of the test. Despite a brief fire on his car the team expect to be running again tomorrow with Max Chilton.

Bianchi will drive for Ferrari in place of Kimi Raikkonen, who is recuperating following his heavy crash on the first lap of Sunday’s grand prix.

Will Stevens finished his test for Caterham several seconds off the pace but had a productive day, covering 95 laps.

The test will conclude tomorrow, with Pirelli due to conduct running on their development 18-inch tyres with Lotus.

21 comments on “Massa fastest on first day of Silverstone test”