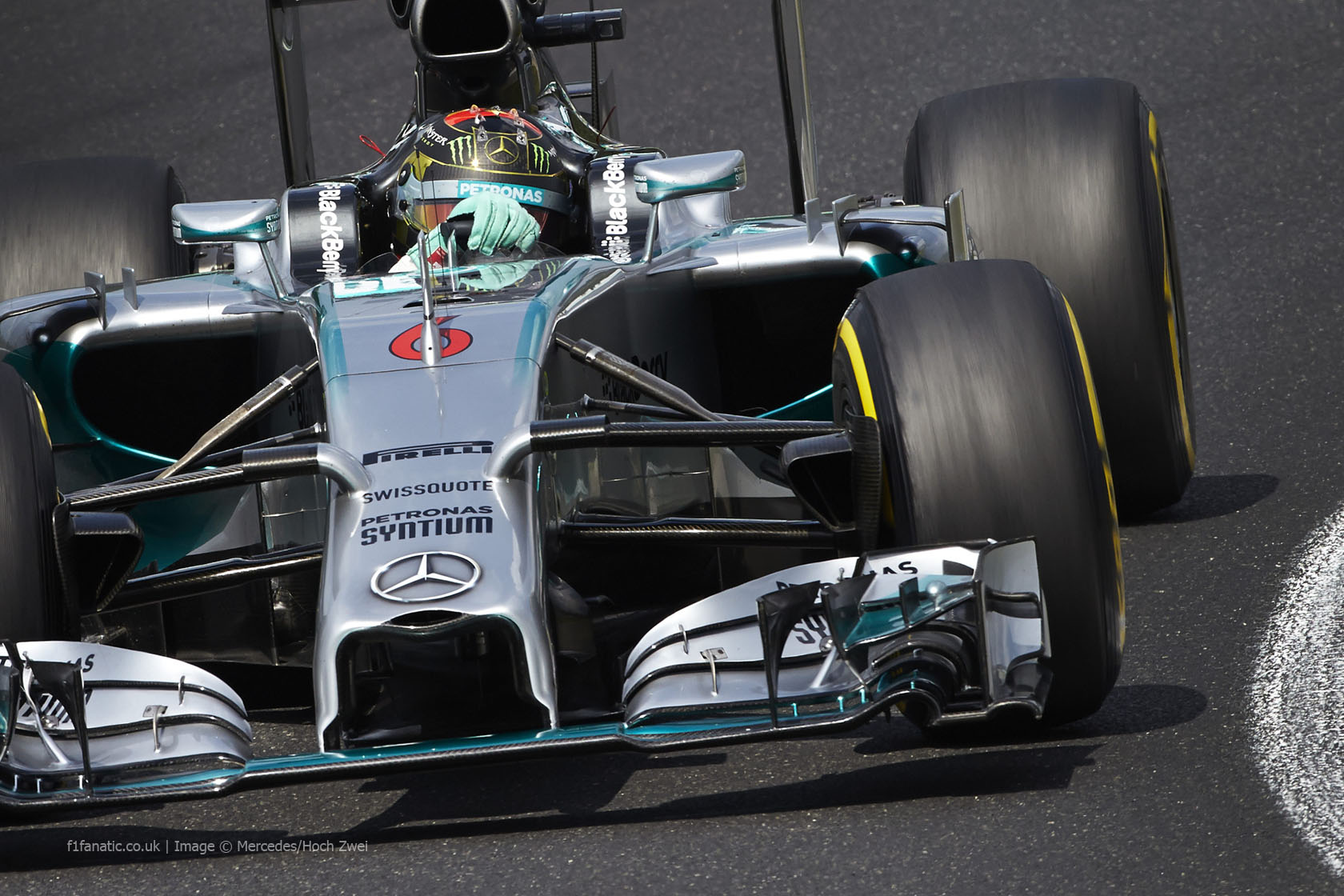 The first practice session for the Belgian Grand Prix ran to its usual form with the two Mercedes drivers leading the way followed by Fernando Alonso’s Ferrari.

Nico Rosberg led the way by less than a tenth of a second from team mate Lewis Hamilton, with most of the difference between the two accounted for by the final chicane.

Alonso was two-tenths of a second slower in third place, a second ahead of team mate Kimi Raikkonen, whose session was briefly interrupted when his Energy Recovery System overheated.

Jenson Button split the two Ferraris in fourth place, and all bar one of the other Mercedes-powered cars joined him in the top ten.

The quickest of the two Red Bulls belonged to Daniel Ricciardo in ninth place. Team mate Sebastian Vettel’s session came to an early end due to an exhaust problem.

Andre Lotterer ended his first session for Caterham a tenth of a second quicker than team mate Marcus Ericsson, who had a spin at the La Source hairpin.

However while the session was going on it was revealed that Alexander Rossi would not being driving the Marussia again for the rest of the weekend as Max Chilton will reclaim his place at the team.