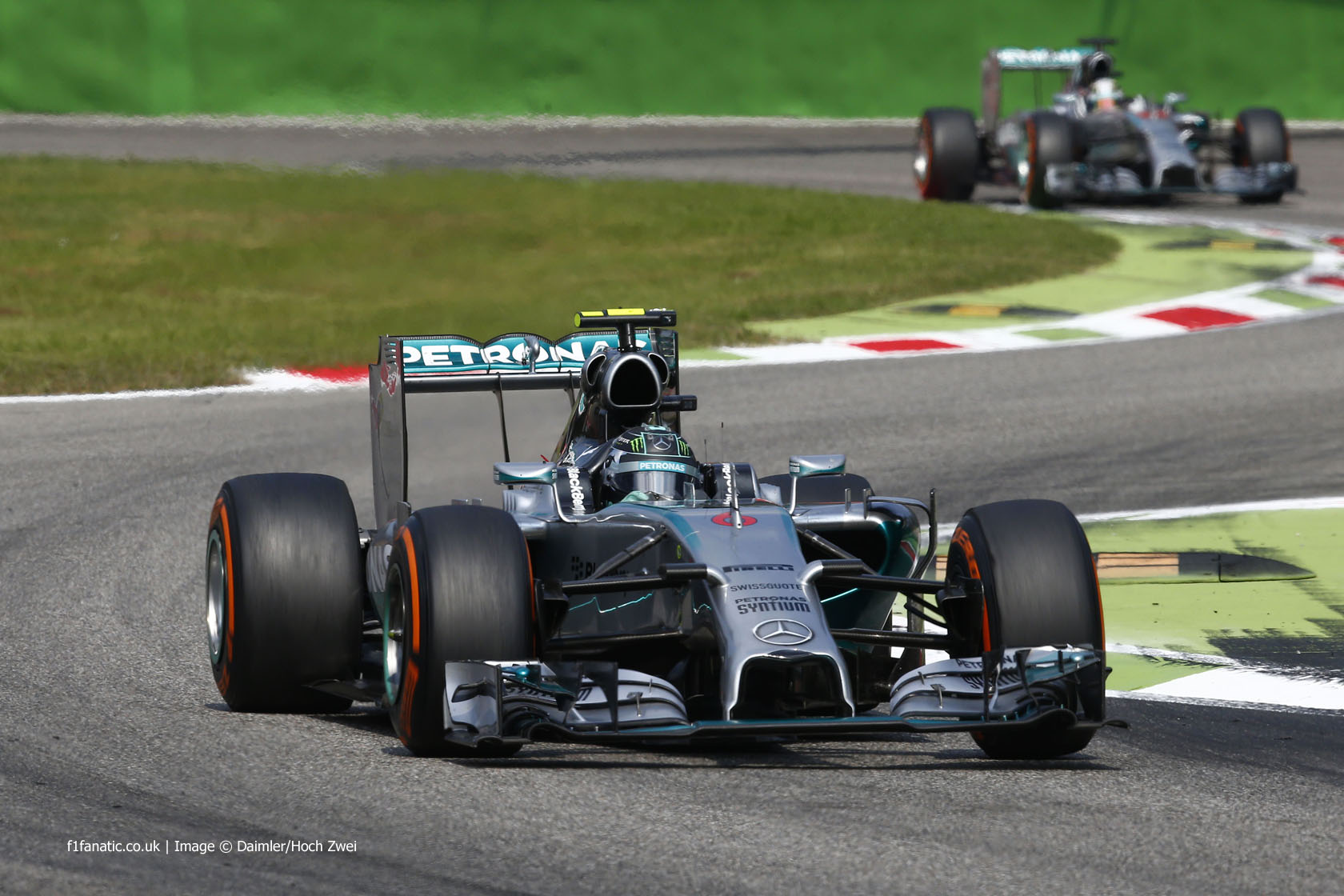 Lewis Hamilton had enough of a pace advantage over his team mate that even losing three places at the start didn’t stop him from winning the race.

Hamilton had consistently been a couple of tenths of a second quicker than Nico Rosberg throughout the Italian Grand Prix weekend. He headed two of the three practice sessions, and probably would have made it a hat-trick had he not been sidelined with an electrical problem for much of Friday afternoon. He was also quickest in all three stages of qualifying.

“Lewis was quicker this weekend,” Rosberg admitted afterwards, “so he deserved the win”. Sure enough Hamilton collected the fastest lap of the race, which he set several times while pursuing his team mate following his delay at the start.

“But I need to see the positive things from today,” Rosberg added. “Second place is still good and I lost only seven points to Lewis, so this could have been much worse.”

26 comments on “Rosberg admits Hamilton was quicker this weekend”