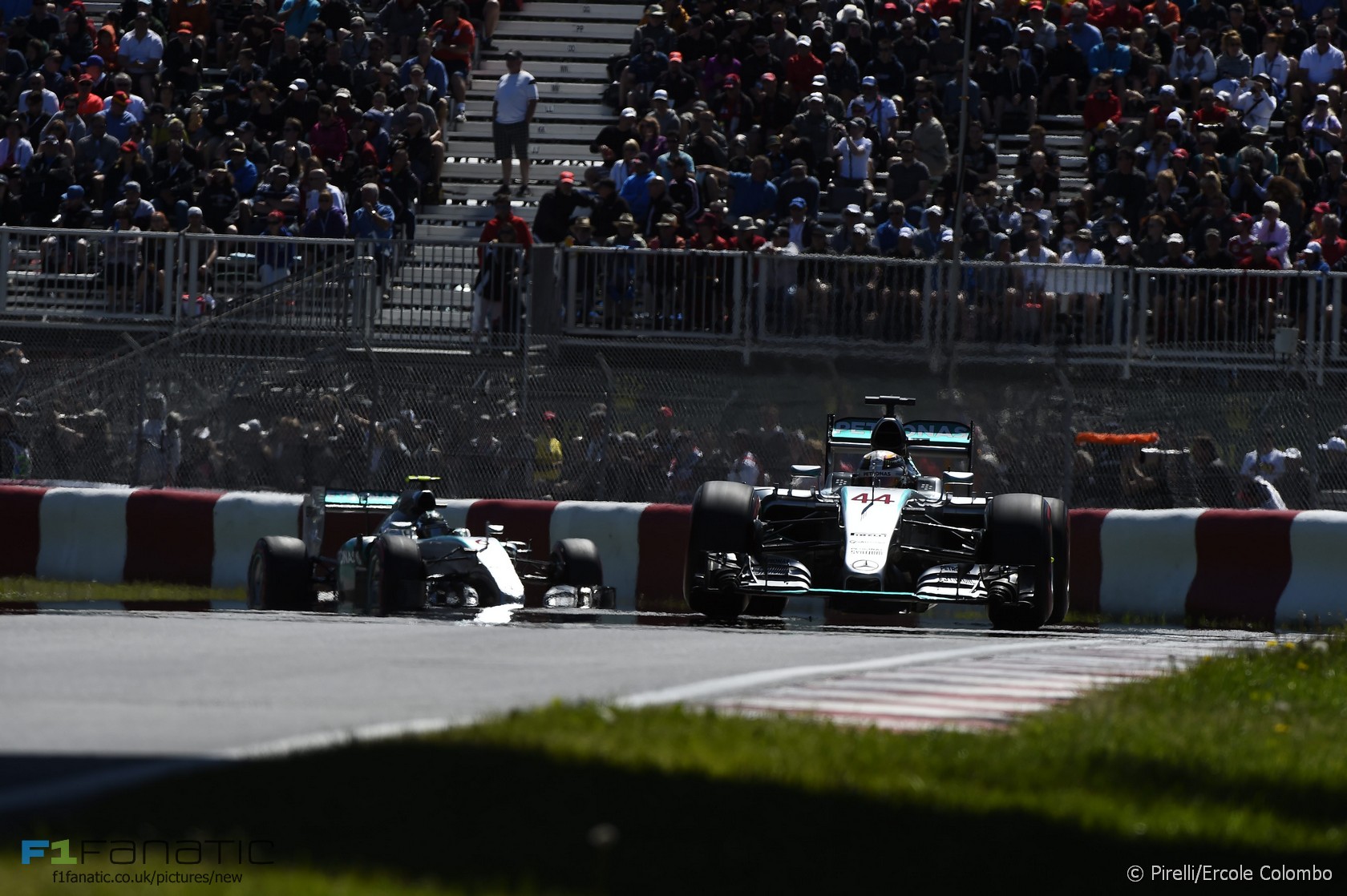 Lewis Hamilton has a funny relationship with the Circuit Gilles Villeneuve.

It’s a venue that should reward his peerless feel for hard braking – and often does. Yet wins have a habit of getting away from him in Canada.

Last year was a prime example: having surprisingly been bested by Nico Rosberg in qualifying, and briskly brushed aside at turn one, Hamilton eventually wrested the lead from his team mate only to be sidelined by a technical problem.

As he pointed out in the build-up to the race, his form in Canada is excellent. He took his first pole position and victory in 2007. But recall what happened to him 12 months later: seemingly en route to a repeat win, a slow pit stop dropped him behind Kimi Raikkonen, who he then rammed in the pit lane. That kind of randomness is somehow par for the course in Canada.

Clumsily-delivered PR platitudes notwithstanding, the trauma of the disastrous pit call in Monaco cannot help but surface in Hamilton’s mind if the Circuit Gilles Villeneuve runs to its unpredictable form and serves up and awkwardly-timed Safety Car (or a Virtual one). “We win and lose together,” said Hamilton in the aftermath of the win that got away, and the previously unheard radio messages published by FOM yesterday revealed just how true that was.

But Hamilton knows it is within his powers to deal out the kind of punishment he was giving Rosberg in Monaco before that fateful lap 65 pit stop. Scrappy laps and red flags left him last in final practice on Saturday with little direction on set-up heading into qualifying, yet he delivered his fifth pole position from six attempts this year. That could spur him on to a virtuoso performance on a track which suits him to a tee.

Raikkonen’s best qualifying performance of the year so far and the SF-15T’s excellent race pace allied to a well-timed engine upgrade, may bring him within range of the Mercedes on pure pace. The braking problems Mercedes have experienced at other venues this year – as well as this track 12 months ago – could resurface at a venue where the left pedal takes a pounding.

However one crucial factor which has worked in Raikkonen’s favour earlier this year will not apply. Sebastian Vettel’s attacking strategies have previously forced Mercedes to bring their cars in early, allowing Raikkonen to profit by running longer. But a double blow for Vettel – a power unit problem and a grid penalty – have left him in the lower reaches of the grid and unable to contribute to the fight at the front. He should be good value for the spectators, though. Like Ferrari, Lotus also delivered on the form they showed on Friday, getting both drivers on the third row. The team is targeting a podium finish, which is a big ask against the opposition they face, particularly given the E23’s poor finishing record.

This marks an interesting development in the fight to be top Mercedes customer team, as Lotus are now seriously pressing Williams. Felipe Massa’s problem in qualifying leaves Valtteri Bottas as their sole representative at the sharp end of the grip. What’s more, he tends to be vulnerable at the start.

But it came as no surprise to see the Mercedes-powered cars to the fore at a circuit where top end grunt is a pre-requisite. Aside from Massa’s wounded Williams, all the Mercedes-engined cars were quicker than the rest through the speed trap.

Is this one Hamilton’s to lose? Will Raikkonen be a serious threat to the Mercedes?

And what can Vettel and Massa salvage from their compromised starting positions? Share your views on the Canadian Grand Prix in the comments.