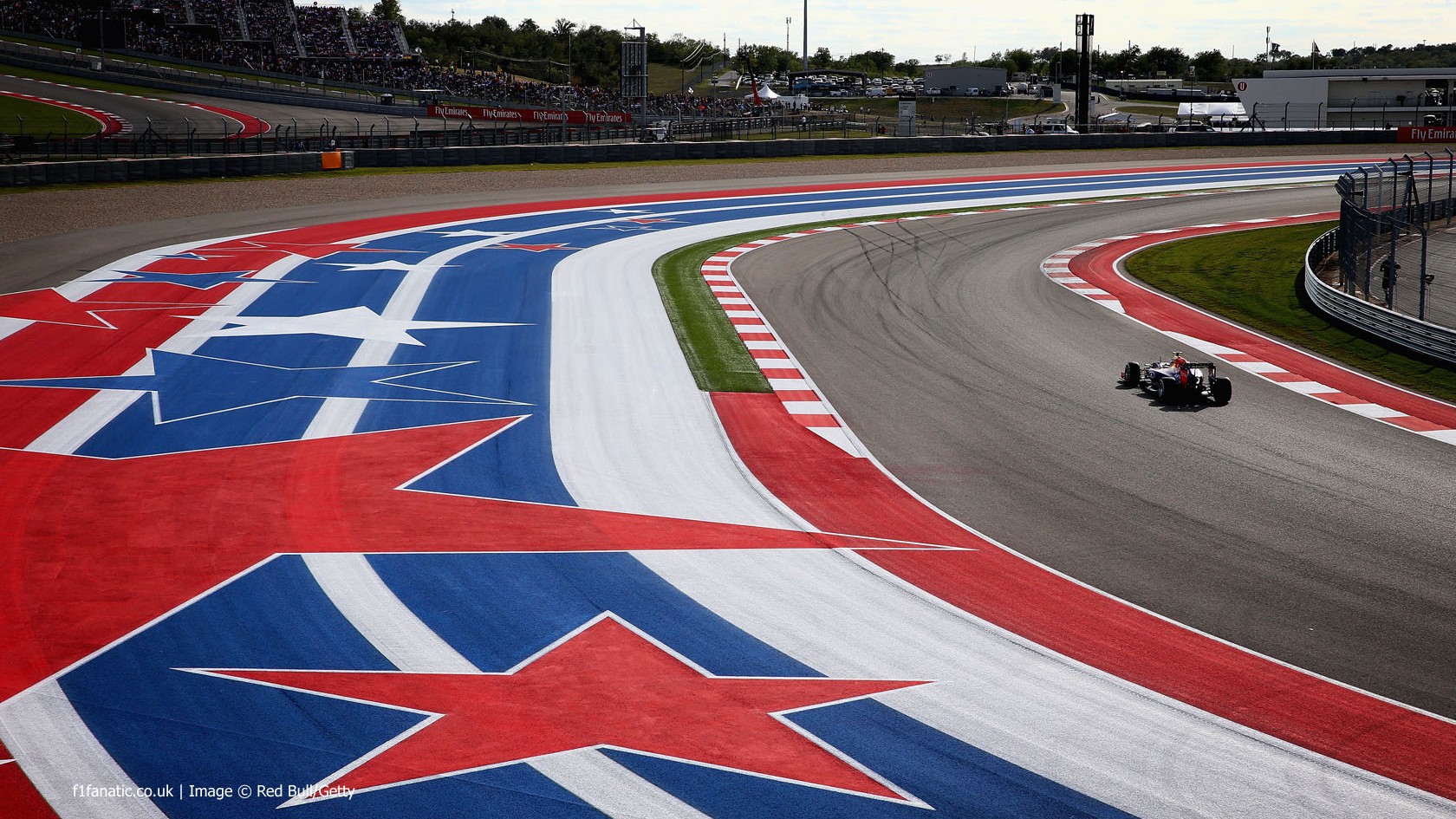 Track data: Circuit of the Americas

As the Circuit of the Americas prepares to host its fourth United States Grand Prix this weekend, Formula One’s future in America has seldom looked more promising.

For the first time since 2007 the USA fans have a home driver to cheer on. Granted, Alexander Rossi may not be in a front-running team but he will be familiar with the crowd from his practice run at the track with Caterham two years ago.

Next year American team Haas, already well-known thanks to their successful NASCAR squad, is set to debut having allied with the biggest name in Formula One: Ferrari.

And while the prospect of an American world champion might seem a long way off, Lewis Hamilton might well be the next best thing, and the chances are good he will wrap up his third title on Sunday.

Through his celebrity connections, America has almost become an adopted homeland for Hamilton. Last year he gave an interview to the ABC network prior to the race weekend in which he suggested he might raise a family in America in the future.

A Hamilton coronation will happen if he has a minimum of 75 points over his closest rival when the chequered flag falls on Sunday. That will happen if he wins the race – as he previously did in 2012 and 2014 – and Sebastian Vettel does not finish second. For other permutations which could settle the championship, see the Points Calculator.

Mercedes can expect to enjoy their usual margin of superiority at a track which has a fairly high ‘power effect’ – the performance of the power unit has a significant bearing on lap time. Energy recovery in the braking zones is vital to reduce fuel consumption at a venue where more petrol is used per kilometre than most venues.

The steep gradient at points around the circuit – including the one-in-eight climb to turn one – puts oil pressure systems under added strain and forces turbochargers to spin at higher speeds as the cars climb.

The tyre selection remains the same as last year: soft and medium rubber will be available. The COTA surface was very low in grip when F1 first visited the track three years ago, but with several series including the World Endurance Championship visiting the venue it has improved over time.

Unreliability is the X-factor for Mercedes after three race-day breakdowns in the last four grands prix. Nico Rosberg’s most recent failure potentially cost him victory in Russia and certainly hastened the demise of his championship chances.

“For Nico, bad luck has played a big part this year and it would be a huge mountain to climb,” admitted executive director Toto Wolff, who added the team’s recent reliability was “not up to our standards”.

With Mercedes and Ferrari engines seemingly off the table for Red Bull, will they now try to make amends with Renault? An indication may come from whether they take advantage of the opportunity to use Renault’s upgraded power unit.

“The principal changes involve the internals of the ICE to give improved power and efficiency,” explained Renault director of operations Remi Taffin. “Introducing the new PU will incur a grid penalty so the decision to use will be made in full consultation with the teams.”

Third place in the constructors’ championship for the second year running is virtually assured for Williams, despite the disappointment of Valtteri Bottas being shunted off the podium by Kimi Raikkonen two weeks ago.

Nonetheless they’re keeping a close eye on their closest rivals. “The circuit suits our car so we should have a good race,” said performance chief Rob Smedley. “We need to keep pulling open a gap on Red Bull and the team must keep on fighting to get as many points as possible.”

With four engine tokens left to spend, Ferrari was entertaining the possibility of upgrading its power unit this weekend. But with Vettel still holding a slim chance of taking the drivers’ title, and with engine development potentially being opened up next season, the value of risking an early upgrade this early is reduced. The problems Mercedes encountered after trying the same at Monza shows the potential downside to such a gamble.

While the track surface may have improved compared to the first race, it caught McLaren out 12 months ago. “Last year we really struggled with tyre degradation on the relatively new asphalt,” said Jenson Button, “so we need to crack that as soon as we get out on track on Friday and see what we can do to combat it.”

The team is buzzing from its podium at the last race. “It’s very satisfying to get some more silverware for our trophy cabinet at Silverstone,” said Vijay Mallya. “Ever since the introduction of the b-spec car I knew that we had the potential to do something special.”

Despite having raced in Russia following his huge practice crash Carlos Sainz Jnr subsequently revealed he felt dizzy during the race, and last weekend he cancelled a planned appearance at the World Series by Renault finale in Spain.

Nonetheless that he will have to get to grips with COTA quickly, as unlike his team mate he has only previously driven it in the simulator.

Lotus’s first job this weekend is to fix Romain Grosjean’s wrecked car from Sochi. “There is no indication in the data and in the parts that anything broke and subsequently caused the accident,” explained technical director Nick Chester. “The right-hand side of the car suffered the damage – front and rear suspension right hand side, the nose, the rear wing, crash structure. We haven’t seen anything however that should stop us getting the car back together.”

The team will mark its 400th appearance at an F1 race weekend in Austin, and Ferrari test driver Raffaele Marciello will have another practice run in one of their car’s.

Rossi returns in place of Merhi and will be a centre of attention for the team off the track – but on it there’s no reason to expect it won’t be back-of-the-grid business as usual.

If you’re heading to United States for this weekend’s race, we want to hear from you.