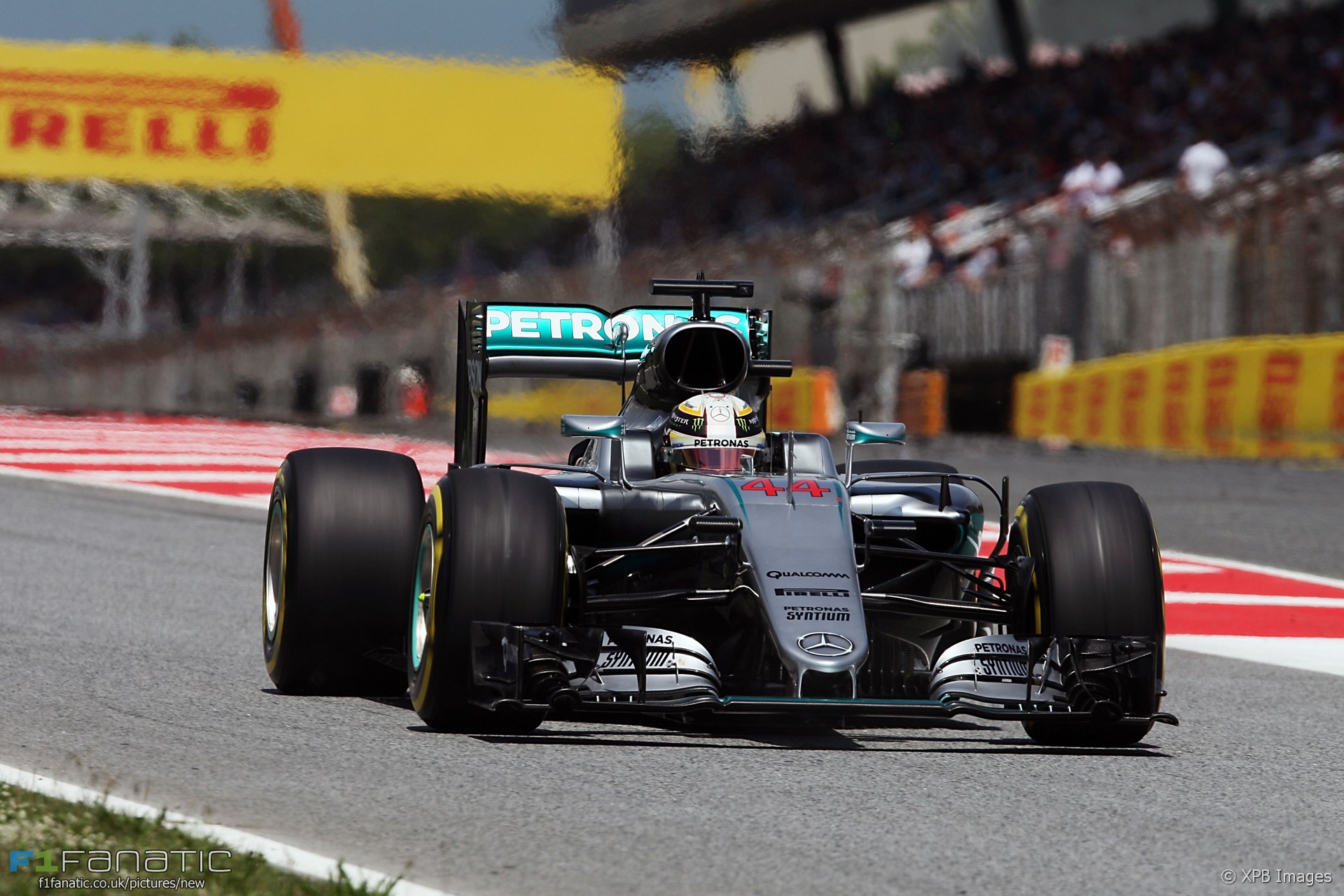 With president Sergio Marchionne’s demand for wins ringing in their ears, Ferrari chose a bad time to produce their worst qualifying performance of the year so far.

Th team admitted to being stumped by the slump: having never been more than 0.254 seconds behind the Mercedes throughout practice, the 1.1s gap in qualifying indicates there was more to this than just Mercedes turning their engines up.

In the V6 hybrid turbo era this has been a circuit where Mercedes has flexed its muscles. They were on pole position by a second in 2014 and 0.7 seconds last year. This year that came down to 0.68 seconds – but it’s Red Bull, not Ferrari, who are leading the charge.

Mercedes’ straight-line speed advantage over the Red Bulls should stand them in good stead for the sprint to turn one at the beginning of tomorrow’s race. A lot hinges on the start as the Circuit de Catalunya is one of the toughest circuits for overtaking.

Last year Hamilton fumbled his getaway from second on the grid, fell behind Sebastian Vettel and spent the rest of the race trying to get back ahead. He will feel the imperative to avoid a repeat all the more keenly as he has started poorly in three of the four races so far this year.

However Hamilton is very confident it won’t be a problem tomorrow. “I think whatever issues we had they definitely have been rectified,” he said.

“I think ultimately with starts, I think for all of us in Formula One, it’s always up and down. The starts have been great so far this weekend so I don’t see why they won’t be tomorrow.”

Hamilton added he had “the best start of the whole grid” in China but a “so-so” getaway in Russia. But if he gets away cleanly tomorrow and takes the lead and first call on strategy it is doubtful anyone will be able to beat him.

Max Verstappen appeared to be keeping new Red Bull team mate Daniel Ricciardo honest in qualifying but the Australian demonstrated he had the pace in hand when he needed it. However Verstappen’s eventual deficit of 0.407s compares well with Kvyat’s average gap over the first four races of 0.749s.

It sets up what should be an absorbing scrap for the final podium place between the pair of them, one which may well include the two recovering Ferraris.

Sebastian Vettel is convinced his car “is quicker than P6”, where he qualified. If they can disrupted the Red Bulls on the run to turn one Frrari may yet salvage something from this weekend.

11 comments on “Hamilton sure he can make a winning start”